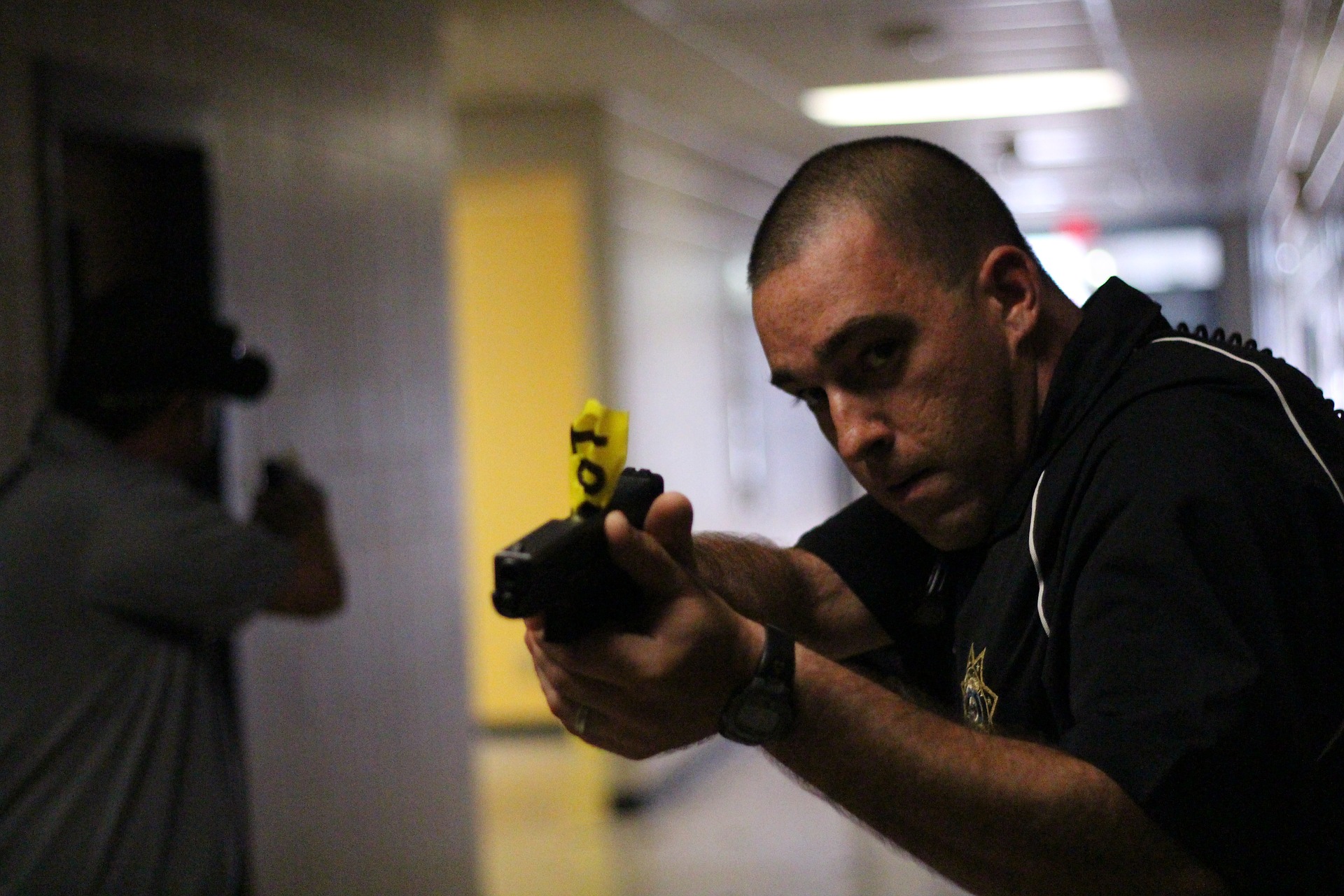 Making the decision to intervene with deadly force, requires much consideration.

You're a civilian concealed carrier, out and about on a typical day. You stop into the grocery store, turn to grab a box of Wheaties and hear screaming coming from the front of the store. Unsure of what is going on, but knowing you are armed, you now have to make a decision … investigate and possibly get involved, or avoid the area.

In this article, I am not talking about being personally attacked inside or outside of your home, or your family member being attacked. Of course you should defend yourself and your family against any attack with appropriate force. Instead, I want to address deciding to use force on a stranger's behalf.

There are hundreds of considerations you should be processing before you decide to intervene with deadly force on another's behalf. The type of crime being committed and the number of attackers are just two of these.

But… there is one mindset that can cloud your decision-making process, and get you killed. I have seen it in the Marine Corps during firefights and as an LEO.

Seeing well-trained people do things contrary to common and tactical sense is not uncommon. In the Marine Corps, we said the guy had the ‘John Wayne Syndrome.' The ‘John Wayne Syndrome' or the ‘Hero Complex' is something that affects the person's ability to properly calculate the risks and develop the proper response. This comes from a belief that the individual is invincible or bulletproof.

The exaggerated belief in one's abilities is a double edged sword. Controlled, this mindset allows us to persevere and succeed when our mind is telling us we can not. Uncontrolled, or used misguidedly, it can get us involved in situations where we are ill-prepared and ineffective against the threat. This is the situation we need to watch for. 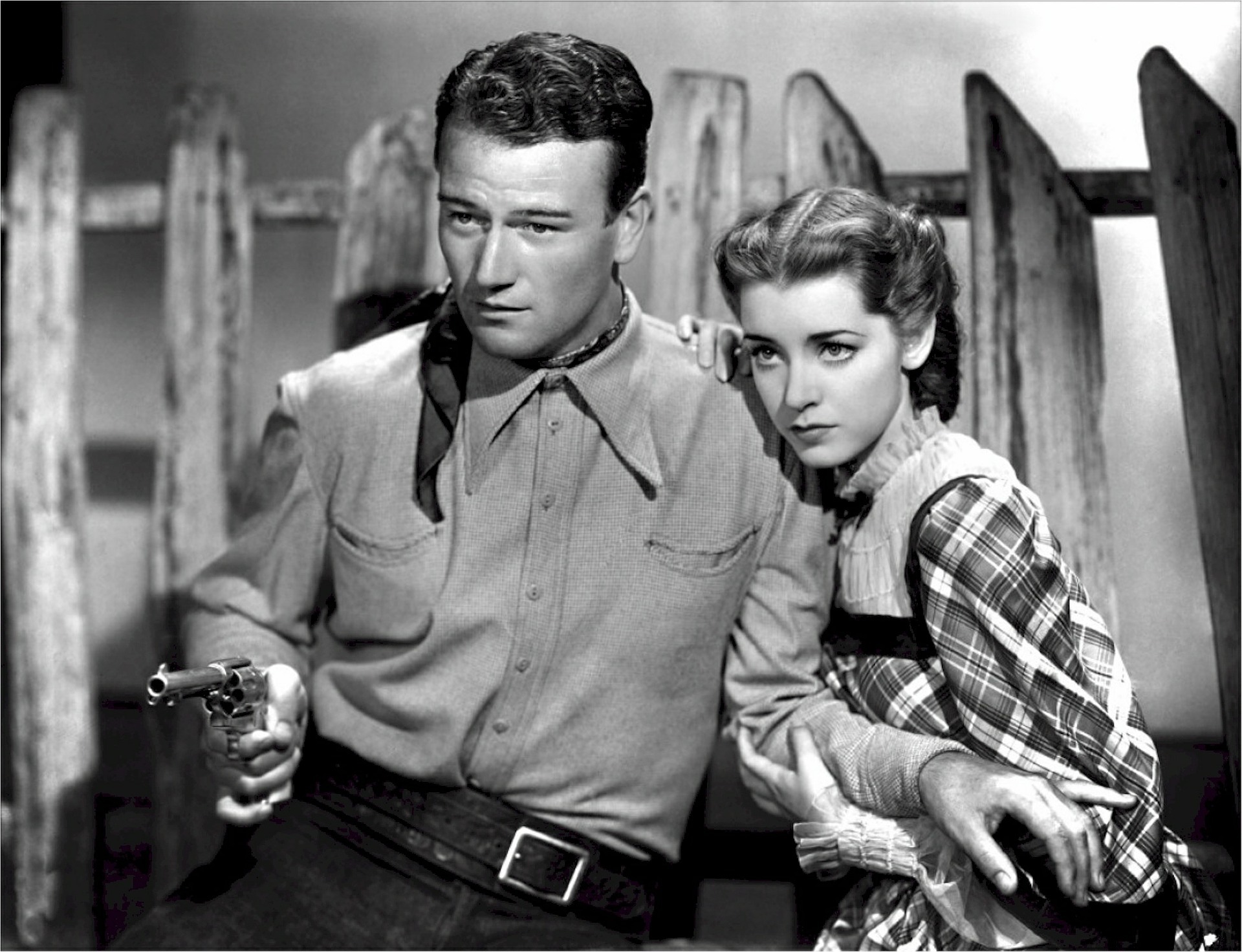 Don't be a victim of the ‘John Wayne Syndrome'

Should You Get Involved?

This question is common in my Concealed Carry Class. There are legal issues dictating when you should use deadly force to intervene on someone else's behalf. Generally speaking, a civilian incurs an incredible amount of liability when they intervein on someone else's behalf. In some states, the person may face both civil and criminal charges if he/she mistakenly uses force against the wrong person. For this and many other obvious reasons, the legal implications should be one of the first things you should understand before carrying a firearm.

Legal issues aside, the question of should you get involved is extremely difficult to answer, and an individual decision based on countless factors.

Watch videos of shootings or assaults. Study how the person responded and what they did well, or what they could have done better. Study how bad guys react to certain actions. A quick internet search of something like ‘concealed carrier shoots bad guy' will return a plethora of pertinent videos. We can sometimes learn more from seeing poor decisions because the tragic results of those fatal flaws burn into our minds. 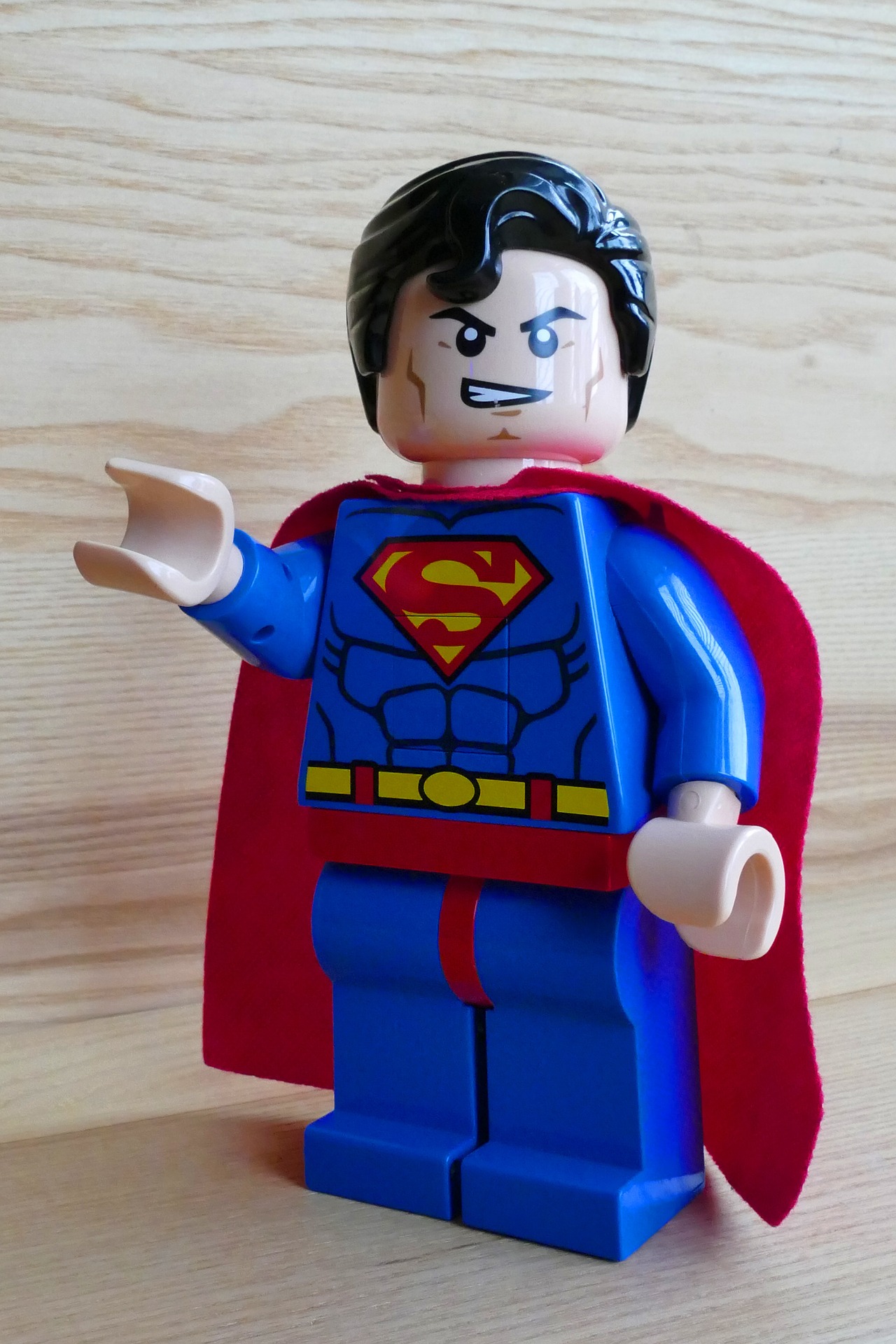 Sometimes what we think we can do, and what we can actually do are entirely different.

I know many of the readers have a desire to protect and help others, and this is a noble trait. But if you're are not a Law Enforcement Officer, don't act as one. As a civilian, you are not protected criminally or civilly like an LEO.

Don't get me wrong, you may be a high-volume shooter who possesses fighting and gun skills the average police officer doesn't. But knowing your role doesn't have anything to do with your skill set.

Your role as a civilian is to protect yourself and family FIRST, then, if appropriate and necessary help others. As a civilian, you may feel a moral obligation to help, but it's not your job and you have to differentiate between the two.

A police officer's job is difficult, dangerous and thankless. But they are the ones who protect the public and keep the peace. They possess other, less-lethal force options may be more appropriate in a given scenario. They also wear body armor and can radio other officers for assistance. Also, think about trying to detain someone if you don't carry cuffs.

Be honest and know your abilities and limitations. If you haven't found your effective distance on the range, you should. Get an idea of the zone where you are a ‘can't miss' guaranteed hit, and where you have to get on the sights a little harder. This will help you determine realistic response to threats.

Know your level of physical fitness or hand to hand fighting skills, as well as physical limitations. Understand what you can and can't do, if the situation involves intervening without using a firearm.

Also know what you feel is worth risking your life for. Some of us posses the ability or nobility to risk our own lives on behalf of others. Some of us either lack this noble trait or just may feel that the need to continue to live as a dad or mom outweighs the potential good that can come from risking one's life on behalf of a stranger. 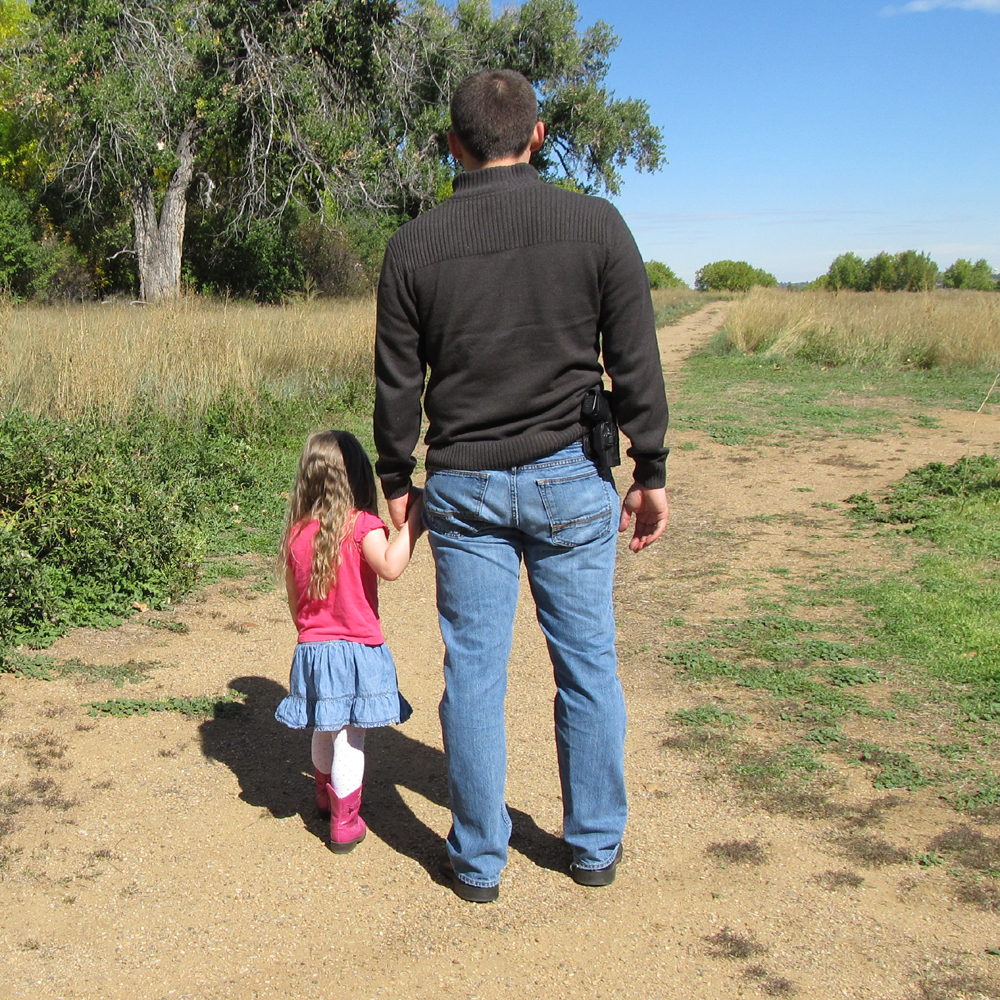 If you are a parent there are few things more important than staying alive for your children's sake.

Every tool you carry has a specific purpose and may be more appropriate in a given situation. Sometimes the response may call for a gun sometimes not. Sometimes a knife, hand strikes or a blunt object may be the ‘proper tool.' Remember every tool has its limitations, respond accordingly with the tools at your disposal.

Handguns are great but they are not a magic wand. Part of knowing your gear involves trusting that it will work. So maintain your firearm, knife, holster etc. You must be able to trust that when you present your firearm and pull the trigger you are sending bullets into the bad guy, not hearing…CLICK.

And while we are on knowing your gear, you must know the condition of your firearm. By condition, I mean if it has a round in the chamber or not, and if the gun is on safe or not. This is not the article to discuss if you should or should not carry with a round in the chamber, or if you need a safety on your EDC. Whatever you choose to do, know the condition of your firearm so you don't screw it up.

Do You Really Know the Whole Story:

Before jumping into a situation where you don't know who the players are, pause and reflect. Do you REALLY know what's going on? For example, you exit a 7-11 at night, turn the corner and walk to your car. As you reach a poorly illuminated area of the parking lot, you see two men. One is kneeling and the other has a firearm drawn and pointed at the other guy. Both men are in plain clothes, and you hear ‘don't move or I'll shoot you!'

Is the guy kneeling on the ground being robbed by the guy with the gun? Could it be a narcotics detective in plain clothes (and we all know these dudes usually look grimier than the guys they arrest) effecting an arrest and you can't see his exposed badge?

Point is, we can come up with a lot of scenarios where things are not always as they seem. This is why intervening on someone else's behalf, is so risky. 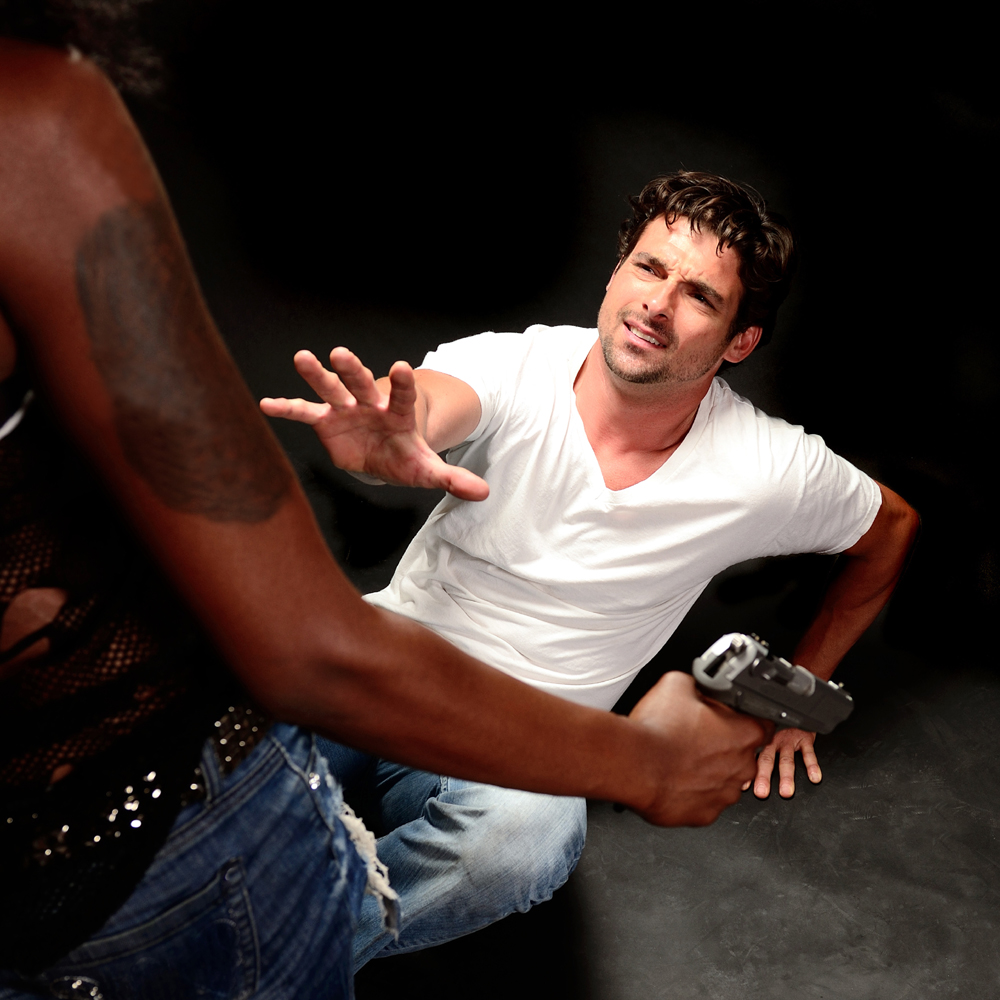 You can avoid getting involved in situations where you are ill-equipped if you think about tactical considerations, for example:

Intervening in a bank robbery where there are multiple suspects with rifles, while only having a 5 shot revolver is probably not the wisest thing to do, tactically speaking. This incident may devolve into one where engaging is your ONLY option, but it certainly is not preferable.

Getting involved in a situation when you have your toddler with you, will place you at a severe tactical disadvantage. It doesn't mean you shouldn't, it just means it is something that you HAVE to take into consideration when formulating your plan and decision to intervene.

While this point could really be found in any of the above sections, I am going to put it right in here. Remember, you are in plain clothes. The opportunity to be mistaken as a bad guy, not just by responding law enforcement, but an over anxious fellow concealed carrier is there.

Be a Good Witness:

Sometimes intervening, while legally and morally justifiable, is not the best solution. After weighing all the facts, you may determine the risks just don't outweigh the reward. In these situations, gathering as much information as you can, statements, descriptions, the direction of travel, vehicles people involved etc. can help in catching the bad guys.

AGAIN, I am not talking about hiding in the back snapping photos with your cell phone during an active shooter. But I think you get the point. 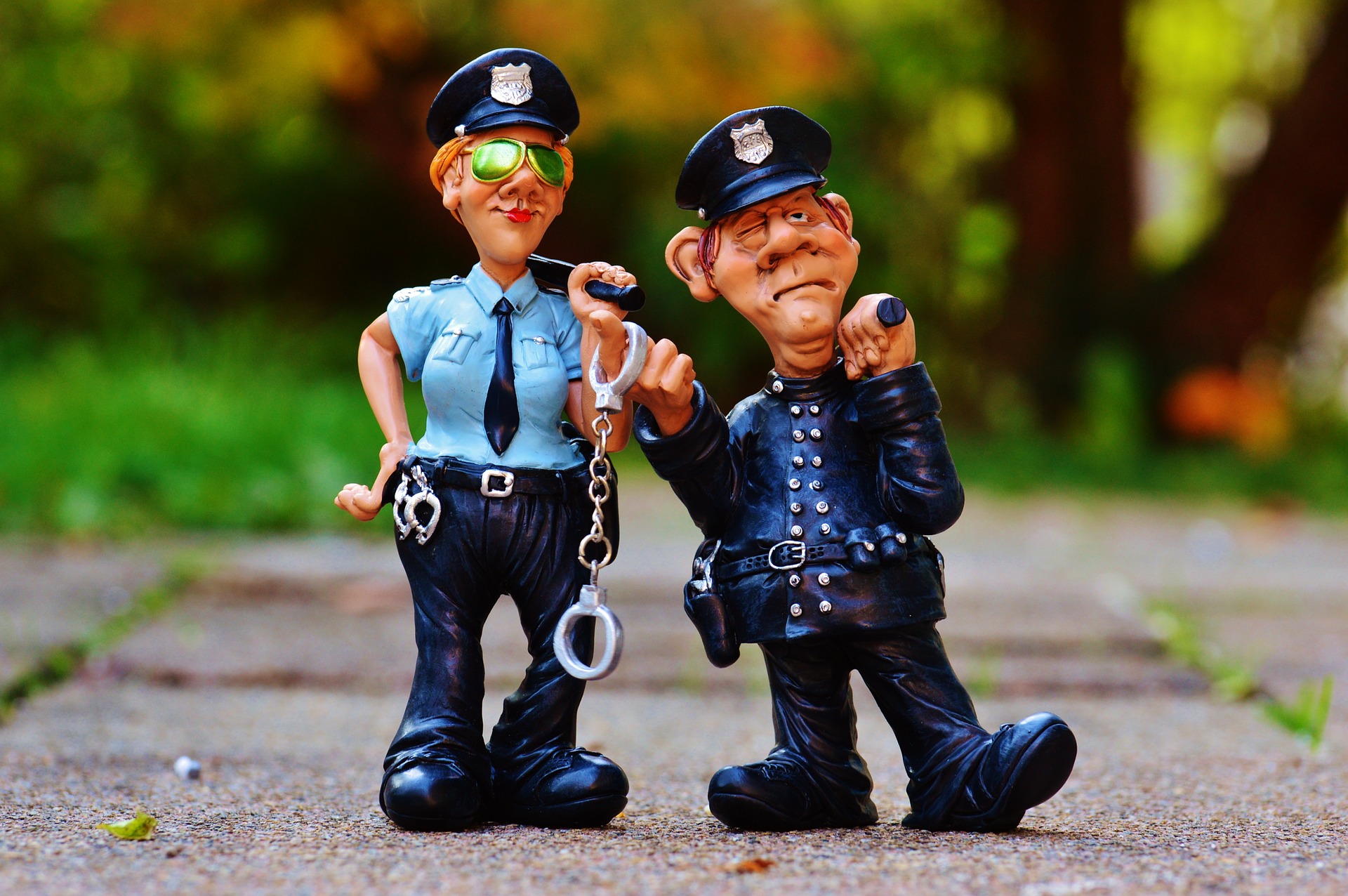 You Expect me to Take All This Into Consideration Before I Act?

Yes, absolutely! I know it's a lot to contemplate, so don't try to do it all in 0.005 of a second. Think about scenarios, train for the known and possible contingencies, come up with a plan on how to secure your family, know your gear and your limitations, and know the law before hand.

So when the time comes, you can focus on the specifics of the incident, and make a decision.

Last but Not Least:

Think back to that active shooter. You may be out gunned and out manned. If it were just a robbery, you may choose not to intervene. But this is an active shooter incident, people are dying by the second. Each second spent weighing odds, another person dies. Do you intervene with the odds stacked against you? And if so when? Make a decision and live with the results.

It is natural to second guess your decisions in retrospect. But do your best and live with your decision to, or not to get involved. Don't ever feel like a coward for not getting involved, or a hero just because you did get involved.

Thinking that you are a hero is one mindset we want to avoid. Check out this list of 55 other concealed carry mistakes, and how to avoid them.

12 Responses to Thinking You’re a Hero, The John Wayne Syndrome 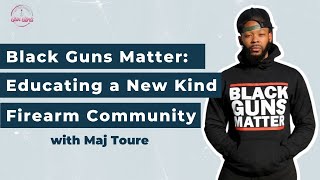