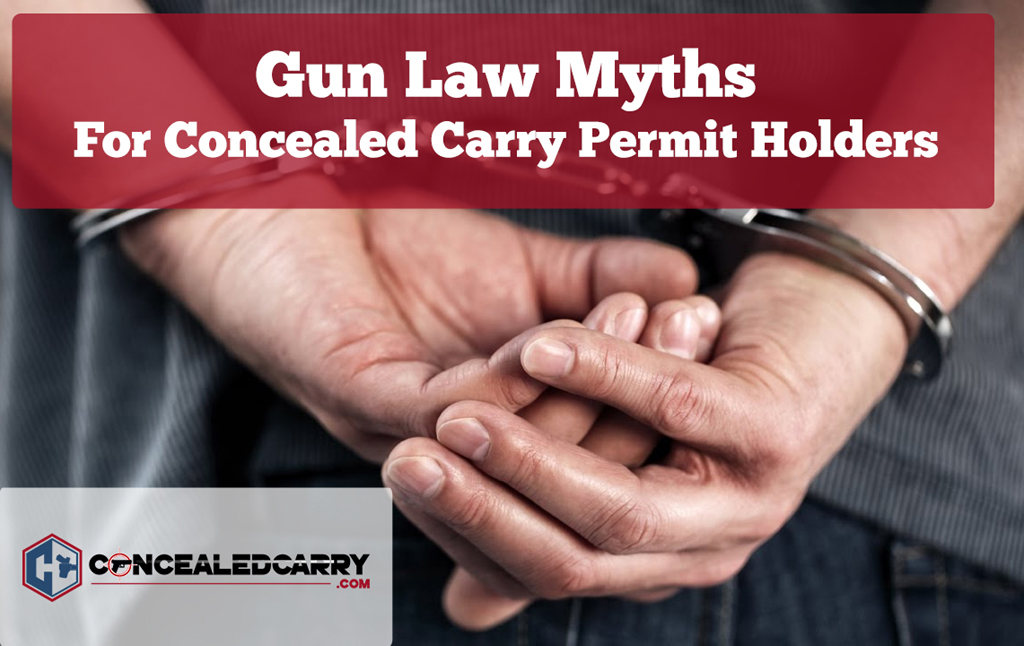 It doesn't take long as a member of the Concealed Carry Community to run into these common misconceptions about gun law. I hear them all the time and while some of them have a piece of the truth; NONE of them are wholly accurate as we tend to use or say them.

First, state laws vary on this point. You may or may not live in a state where a sign prohibiting guns on private property has the “force of law.”

Second, Private Property owners have rights and even if you aren't in violation of a law that doesn't prevent them from pressing charges and filing a civil suit to recover “damages.”

Third, why would you give your business and money to a company who doesn't respect your right to carry a gun? 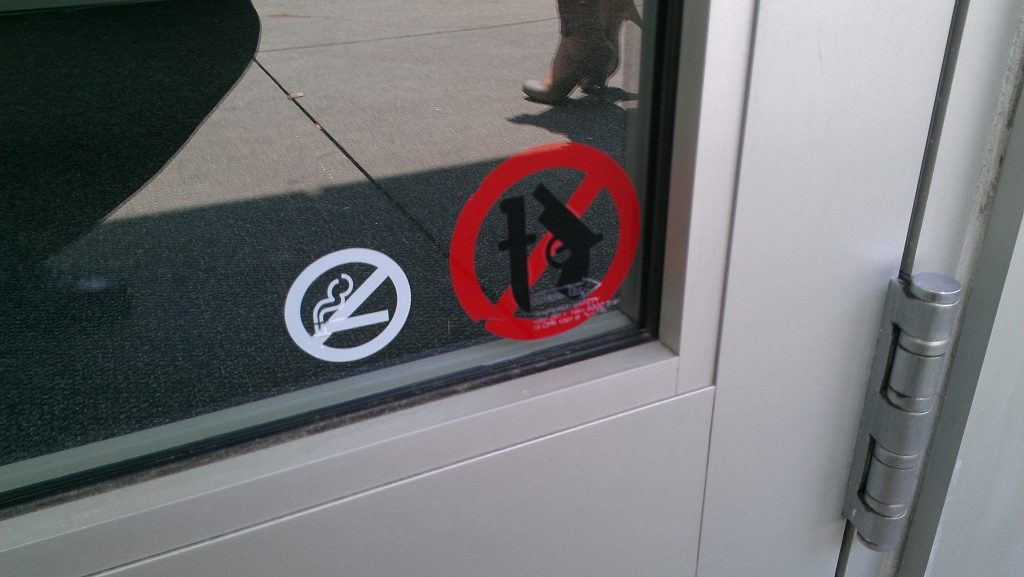 This picture is from the Colorado Convention Center in Denver CO

2. I Should Shoot to Kill

No you shouldn't. You should shoot with the intention of stopping the threat, accepting that sometimes that means people may die and that is very unfortunate. More on the topic here: Don't Shoot to Kill AND Here: Podcast Episode 4: Shooting to Kill – Were You Setup to Fail? 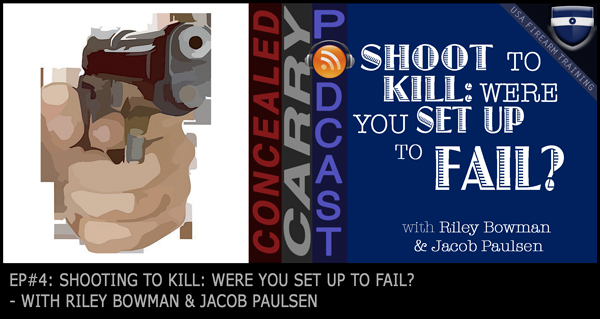 3. Your Car is An Extension of Your Home

Our community loves to say this but even if the legal phrase is used in certain places or circumstances of law in your state (which is less than likely) that doesn't mean that the way we say it and what we mean when we say it is actually accurate. I've never heard of a state that has a law that says … anything you can do in your home you can do in your car and under any circumstances in which you could defend your home you could also defend your car. That law just doesn't exist and so we should avoid using such broad generalizations like this phrase and instead seek to understand the laws that govern homes and the laws that govern cars. 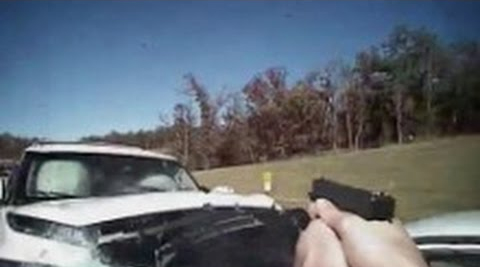 4. Guns in Churches That Have Schools

As of this writing there are 8 states that either fully prohibit guns in churches or require that permission be acquired from a church leader before carrying in that church. However, if your church also has a school on the grounds … a private school, preschool, or daycare for example, your church property might be readily defined as a school and additional firearm related restrictions may exist beyond just the laws that govern churches. Get familiar with your states laws in regards to guns in churches that are also schools. 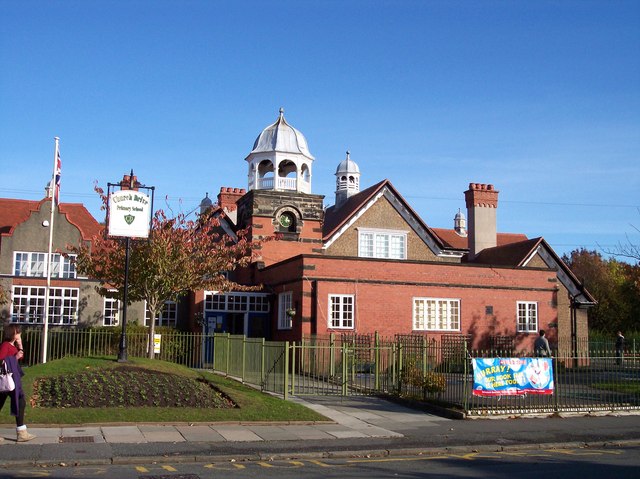 5. Drag The Body Back Into the House

This is one of those myths that most people have realized by now is a really bad idea. If the law doesn't allow you to shoot someone on the other side of the doorway then you may have been told to drag the body back in the house. This is a really bad idea and is likely to get you convicted of multiple charges. All your credibility is lost. 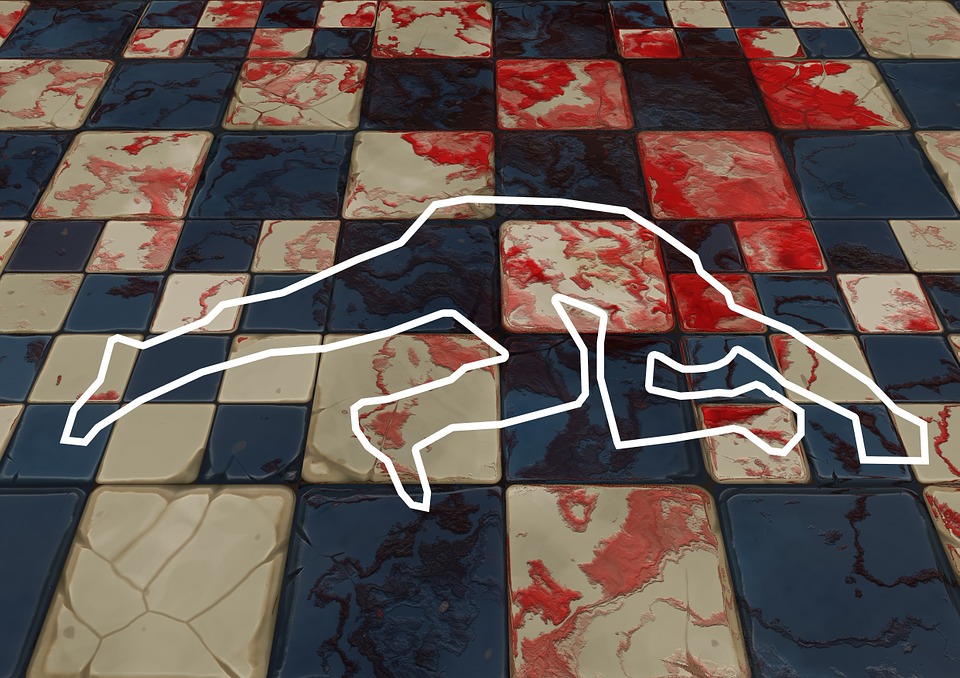 6. The 2nd Amendment is My Permit

No it isn't. I'm a lover of the constitution as much as any patriot but all parts of the constitution and our laws are up for interpretation by the judicial branch of government and at this point in time, the courts have not universally recognized that the 2nd amendment grants the right to carry around a concealed gun anywhere you go without any restrictions. The right can be restricted and it has been … in some places more than others. 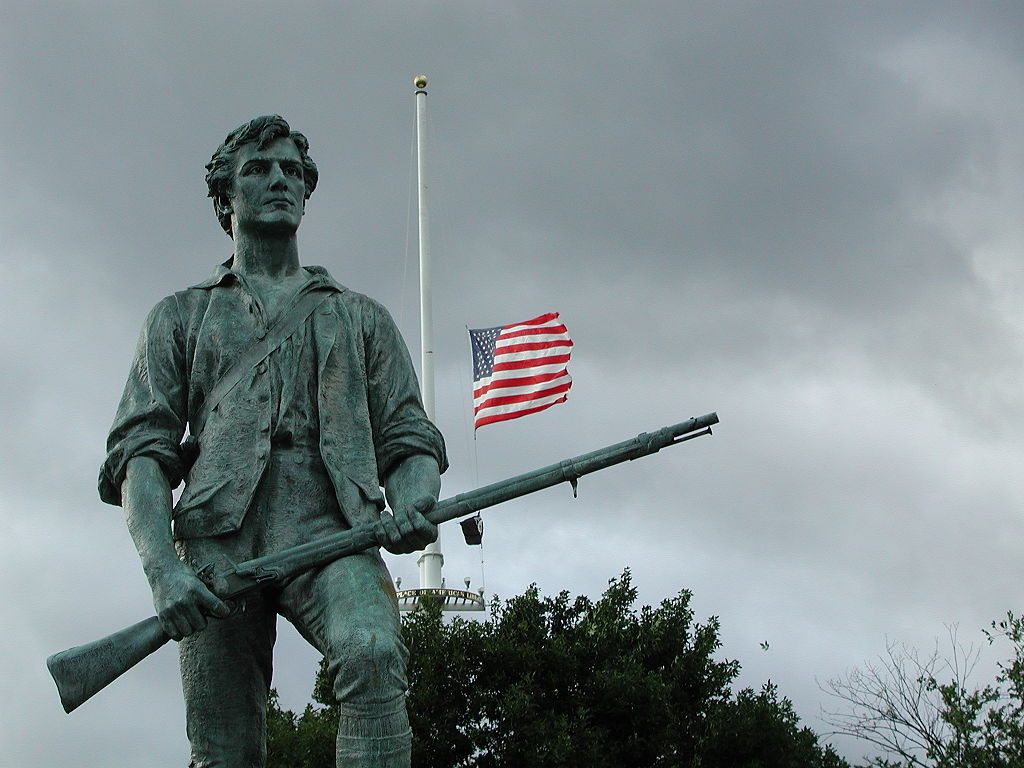 I wish this were the case. Sadly the gun control media is well positioned to take acts of open carry and turn them into ammunition to support the gun control argument. If you want to do the 2nd amendment a great favor; walking around with an open and visible gun may not be the best way to do it. Having said that, though, admittedly context, location, and environment have plenty to do with it. 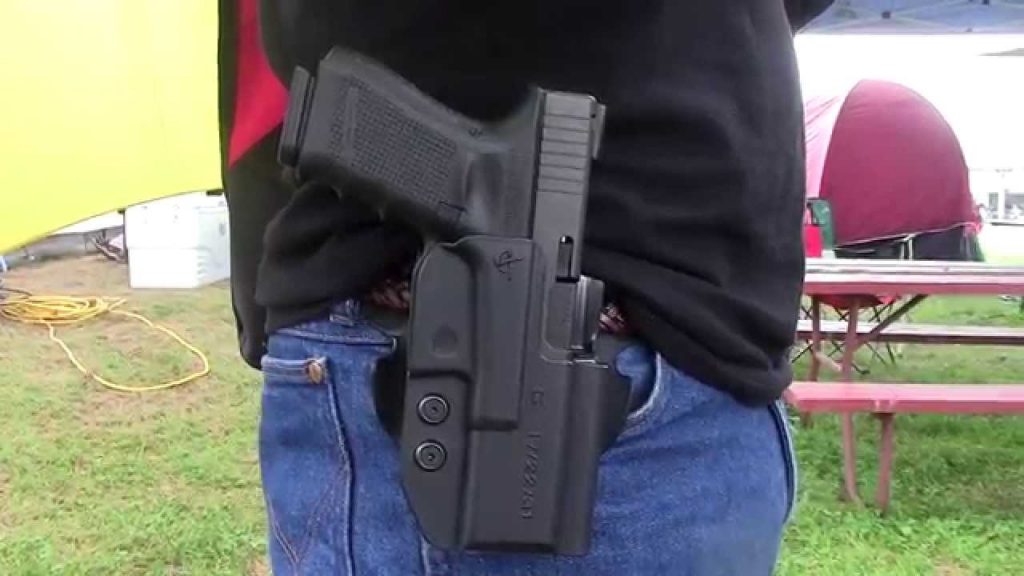 There is some part of the good human inside of us that thinks it makes sense to fire a warning shot to deter a criminal from continuing to commit crime or escaping. The law is stacked against you, because whether you fire at someone, or not, is still considered by many courts to be deadly force the moment you put your gun in your hand. Furthermore, the threat of deadly force may not be justified and you will be held civilly liable for every bullet that leaves your gun no matter where it goes or lands. 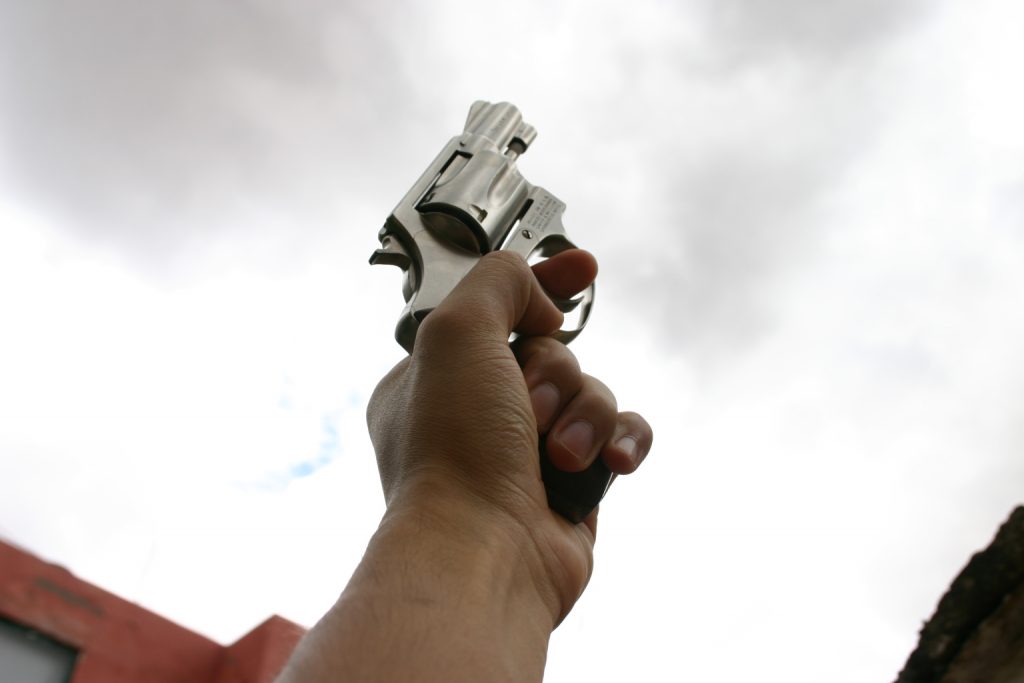 9. You Can Get Your Rights Restored

Restoration of Rights, or the endeavor of getting one's rights to own and possess a firearm restored after those rights have been taken away is virtually impossible. The success rate is less than 1% despite the many popular stories that seem to fill our gun owner community. 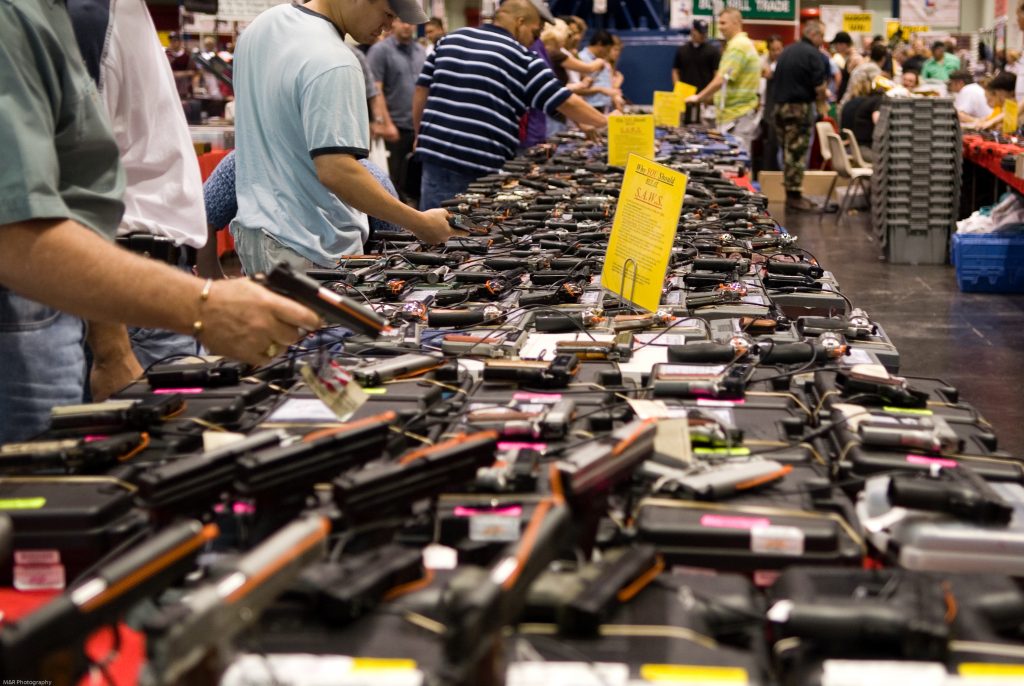 10. You Must Separate the Gun From the Ammo When Traveling

No, you don't necessarily have to do that. The Interstate Transportation Law (article 926a) states that you must do three things in order to legally transport a firearm across any state's lines in this country. First, unload the gun. Second, ensure that either the gun or the ammunition is in a locked container (NOT the glove compartment or console). Third, the firearm may not be directly accessible for use from the passenger compartment.

For many gun owners over the years we have found that one of the easier ways to achieve the third requirement is to separate the gun from the ammo … but that isn't exactly what the law says you have to do and it isn't the only way to meet the requirement set forth. 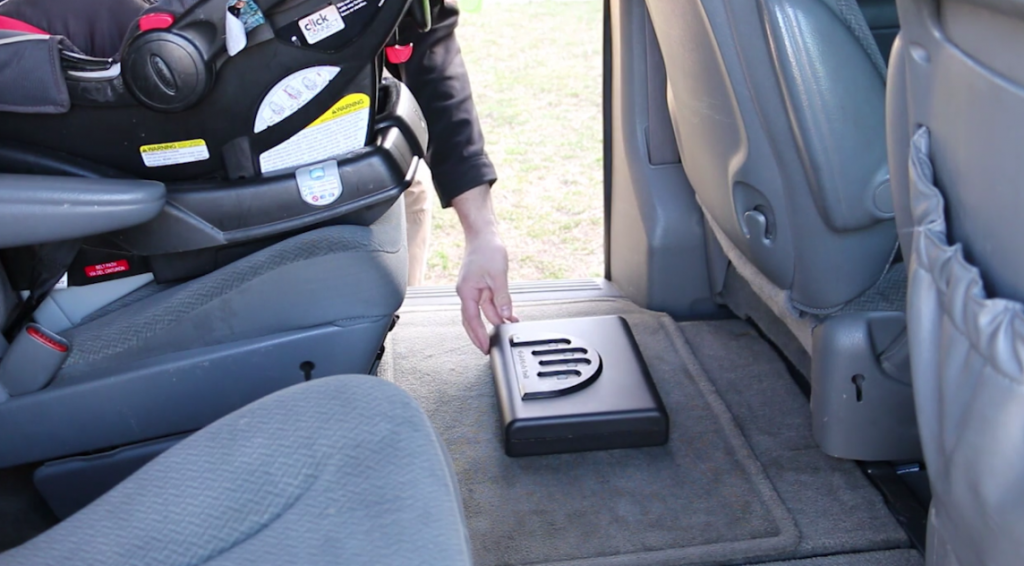 What gun law myths have you heard that were proven to be incorrect? Let us know in the comments below. Also, make sure you have a good gun attorney picked out before you ever even need one. Hit this link for some great info on a gun attorney interview checklist, so you know how to choose one, before the time ever comes.