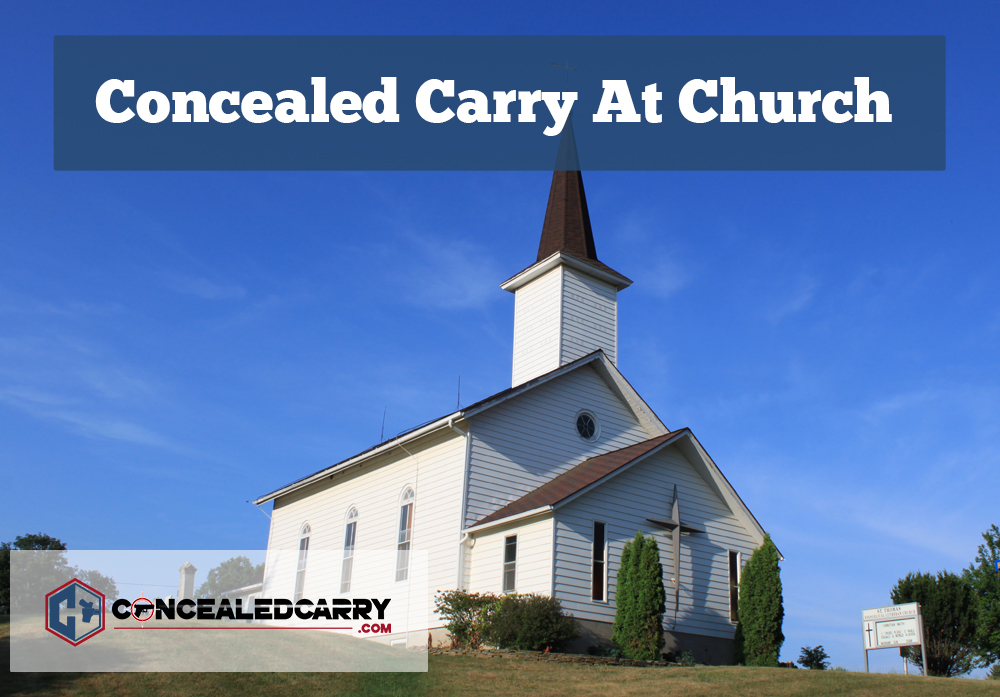 After the country mourned the lives lost in the 2015 Charleston SC shooting and the Texas shooting in November 2017, laws and politics surrounding guns in churches and gun-free zones were cast once again into the spotlight.

The Christian Argument for Firearm Self-Defense 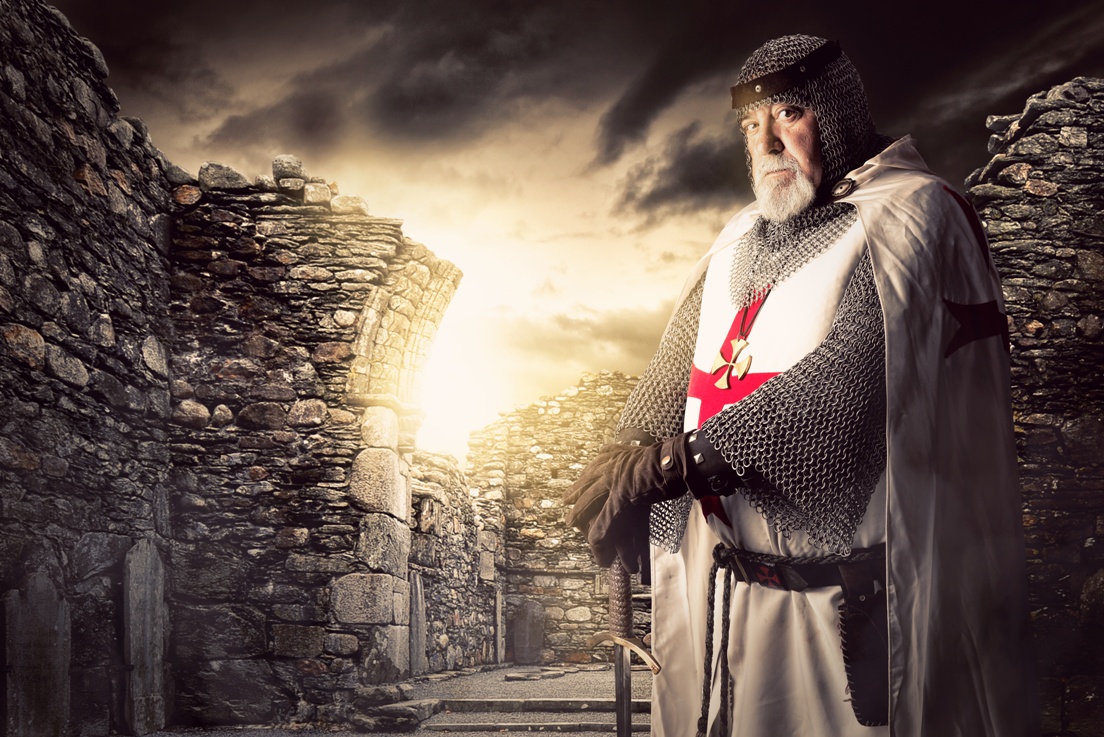 There are long articles and books out there about this topic. Matthew addresses some common misconceptions many people have about Christians using deadly force.

Briefly, consider two things from scripture that are consistent and repeated:

First, God expects us to watch over his flock and be a “keeper” of our brother. Each individual has to watch over and protect each of God's children. We are to defend His sheep and gather those who are scattered and watch over them. After all, “Greater love has no one than this that he lay down his life for his brothers.” (Psalm 23, Luke 12:37, John 15:13, Acts 20:28, Titus 1:8)

Second, scriptures continually support self-defense by force. In Luke, Christ tells his disciples to sell their garments to buy a sword, and in Ezekiel the word of the Lord tells us that he will hold each of us responsible to take up our own sword and protect ourselves. In 1 Chronicles we are told that watchmen were set over the entrance of the tabernacle. (Luke 22: 35-36, Ezekiel 33:1-6, 1 Chronicles 9:19)

Are Churches As Dangerous as the Media Suggests?

In a 2016 Active Shooter training I attended, put on by the Department of Homeland Security, they shared that almost 4% of active shooter situations in the US take place in churches and houses of worship. An active shooter situation is more than something beyond a simple violent attack or shooting. 4% may not seem like a lot… and I was curious so I had our research team do a little digging.

I asked our team to find every church shooting from the years 2005 to 2015 in the United States and provide me with a link to the news story. They were able to find 87.

Currently, Most State Laws Allow For Concealed Carry In Churches

As seen below in the map, most states treat churches and houses of worship like any other private property, allowing that unless prohibited by the property owner, those with concealed carry permits or the legal authority to carry concealed may do so in a house of worship.

Should You Ask Permission?

If you live in a state where churches are not off-limits, and assuming your church doesn't outwardly prohibit it, should you ask permission? No, you shouldn't ask, but it may be a good idea to ask if there is a security team in place or volunteer to start one.

You should never feel obligated to ask permission to carry your firearm anywhere you have a legal right to have it. With that said, it is common for churches to form a security team of volunteers who are positioned, organized, and often trained to response in an emergency. Your contribution to your own security and that of others will be far greater if you are a part of that organized response.

Is There An Organized Response Team and Plan?

As mentioned above; I can not overemphasize the importance of finding out if your church has an organized security team or response plan. Acting as a lone wolf when there are organized responders will not only make it more challenging to be effective but could inhibit those who are most prepared from doing their job. Ask your church leader if they are aware of any team or organization that is in place. If not, would they be open to you organizing some volunteers? Beyond that conversation, if you still decide to proceed against your leader's wishes, that is up to you, but at least you have clarified if there is already a plan in place and how you can best participate.

Positioning in the Building or Chapel

Suppose you intend to take action position yourself as close to an entrance as you can. This will empower you to be a first line of defense while also putting you in the best place to observe the entry and behavior of each attendee.

Familiarity and Behavior Observation is Critical

If you are going to experience a threat during your church worship it will most likely come from an outsider and not from a regular attendee. Work hard to recognize faces so that you can pick out strangers and new attendees. When someone new does attend take the opportunity to introduce yourself, welcome them, and observe their behavior.

This behavior is not only tactical; it's only very Christian. Trust your gut. If someone's behavior seems off or alarming consider sitting close to the person. Think about sitting directly behind them so you can more closely watch their movements while also offering friendship.

Churches are terrible places to shoot a firearm. Innocent people are everywhere and a firearm should be thought of as a last resort after any other potential response has been used or eliminated. To clarify; I'm not suggesting that you first try throwing bibles before you decide to shoot if you have an active shooter. Act decisively to save lives but leave that firearm holstered until it is abundantly clear that more lives will be lost if you don't act.

RESOURCE: How to Respond to Threats In Large Crowds

Many States Have Laws that specifically address schools that are within churches. In states where there is no specific legislation concealed carry holders need to be careful when carrying in churches in which there is a school in the building particularly during the week when the school is in use. Check with your local attorney and get clarity with the potential legal implications in your state. Also, review this overview of the Federal Law: Gun Free School Zone Act.

A Message for Pastors and Church Leaders 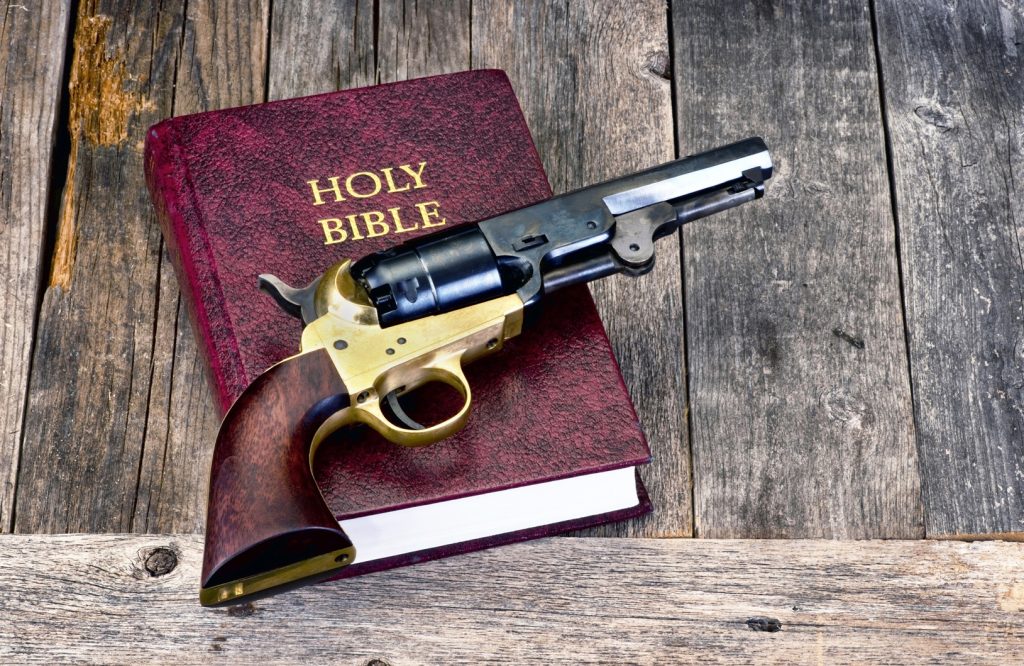 You need to ask yourself what you are doing to protect your flock. The people who come to your church to worship expect a safe and spiritual environment. Ensuring their security is part of the greater effort you must have to create that environment.

Are you ready to take action? Get your permit (online course here or take an in-person class here) and get involved with your church's security team today!