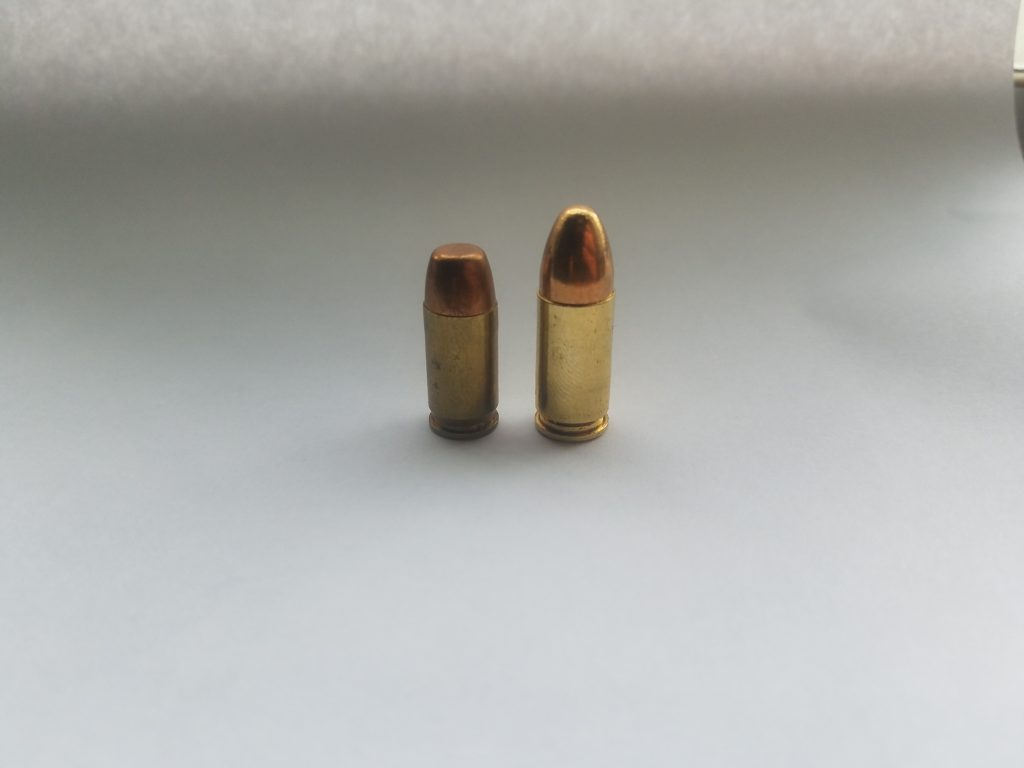 One of the most talked-about topics in the gun world is the never-ending caliber war. I usually try to avoid it if at all possible because it just causes arguments. Still, one of the most popular questions I hear revolves around caliber choice and “stopping power.” This time around, we discuss two of the more popular carry rounds, .380 vs 9mm.

I will not rehash that old argument. Instead, I want to help prepare folks who are new to the concealed carry arena when looking for an everyday carry EDC handgun.

People ask questions, and it's our job, the writers and editors of this fine website, to make sure they get the correct answers. So, keeping in mind who this article is for, let's discuss the 9mm vs .380 ACP for self-defense.

The .380 is not as powerful as 9mm but is still quite popular because it is smaller, and many believe the smaller cartridge will produce less recoil. The .380 cartridge is only about 2mm smaller, hence one of its names, the 9mm short or 9 x 17. The 9mm Luger is 9mm x 19mm. For a visual, 2mm is about the thickness of a dime.

While the .380 does have less powder and thus technically produces less pressure, more than caliber factors into how much “felt recoil” a specific gun has.

Felt recoil is highly dependent on the gun, the actual load, and shooting mechanics. Generally speaking, a heavier pistol will absorb more recoil than a lighter one. There are other attributes at play in recoil, such as slide construction, barrel ports, bore axis, and the like.

New shooters, small-framed shooters, children, shooters with disabilities, and others with special circumstances may feel the need for a less powerful caliber to shoot proficiently and confidently. However, these two issues conflict because the heavier and larger the pistol is, the less felt recoil, but the more difficult it is to conceal.

Simply getting a super small semi-auto in .380 because it will be easy to control and conceal may not be the best route to go. In other words, if you're choosing .380 simply for “less recoil,” you may want to reconsider.

Some of the smallest semi-automatic pistols on the market are chambered in .380, making them suitable choices when concealment is the most critical factor. However, with the release of guns like the Sig Sauer P365, Springfield Hellcat, Glock 43X, the size difference between a .380 and 9mm is almost negligible.

Consider how you plan to carry, and which size pistol works best with that decision. Many people like myself choose to pocket carry for the ultimate in concealability and maneuverability.

Your carry mode also plays a part in choosing between a pistol in 9 or 380. If you are wearing tighter fitting clothes, you may need a smaller gun to help conceal it. If you live in a climate prone to colder weather, the multiple layers in those seasons lend better to greater concealment. Many people carry a smaller gun in the warmer months and a larger one when it’s cooler out.

I am not a big advocate for swapping guns solely due to weather or clothing. It may take some time, but with trial and error and some good advice, you will eventually find a holster and gun combination that you can conceal in a wide variety of clothing styles.

In short, first, select a suitable self-defense caliber. Then consider how you’re going to carry and what you physically feel comfortable shooting. The undisputed factor when comparing these cartridges is power, and for the typical cartridges in these calibers, the 9mm is more powerful.

It is also common for a firearms manufacturer to produce very similar guns, with a .380 version and a 9mm version. In these circumstances, the .380 version is at least a little smaller. One such example is Sig Sauer, with their P238 and P938, chambered in .380 ACP and 9mm, respectively. This tradeoff, as we'll see in a moment, comes at a price.

There are numerous factors to consider when choosing which caliber to carry.  The first being how do common self-defense calibers work in real life.

Greg Ellifritz conducted some research on common self-defense calibers. He concluded that except for .22, .25, and .32, most calibers performed similarly. However, there was a more consistent performance in penetration and expansion in 9mm and above. Penetration and expansion are significant factors in a handgun projectile's ability to stop an attacker. For this reason, .380 is generally considered a marginally effective round for self-defense. 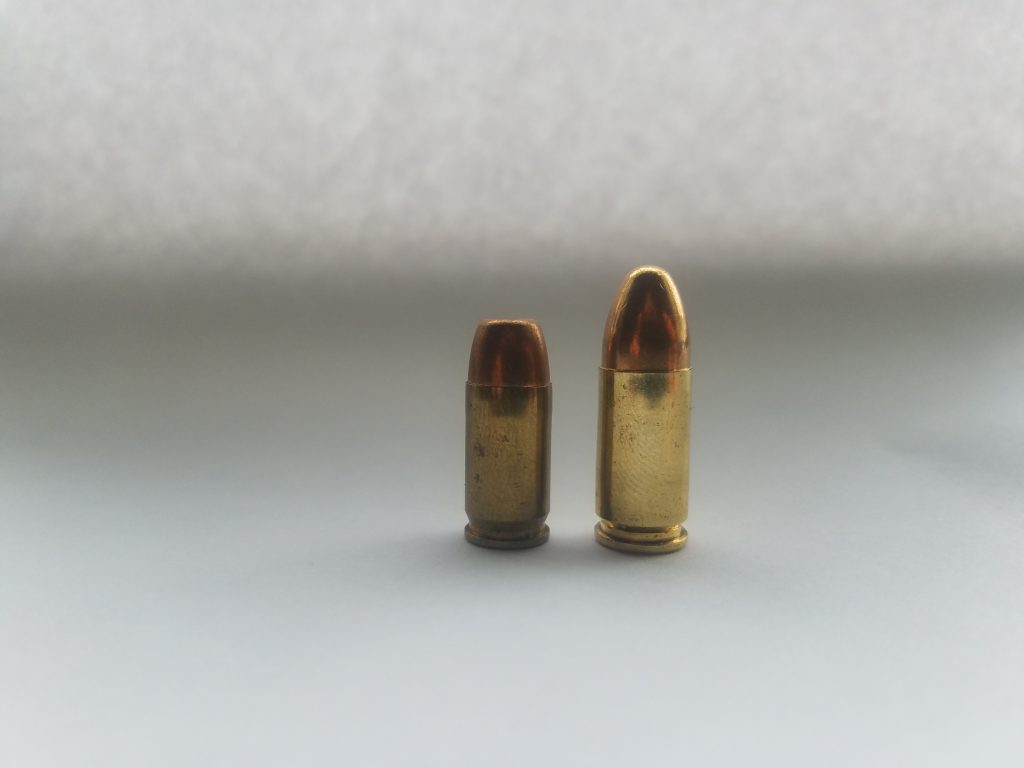 Many people use .380 pistols to defend themselves successfully, and .380 is capable of defending you or your loved ones. But it isn't an ideal cartridge, and there are better options. For example, some attackers stop from the pain of being shot with a bb gun. This doesn't mean bb guns are great self-defense options. Additionally, some people stop merely when a gun is displayed. Does this mean an empty gun is just as effective as a loaded one? Of course not.

Why I choose 9mm:

I can't answer which caliber you should choose. What I can do, however, is tell you why I chose 9mm for my own self-defense and choose not to own any .380 guns. As a base, .380 projectiles weigh in at about 95 grains, with a small range of bullet weights. 9mm bullets, on the other hand, tip the scale starting about 20 grains more at 115 with a larger range of bullet weights. Because the case is also bigger, the 9mm holds more powder and propels the bullet faster.

I'm far from an expert in physics, but a heavier mass traveling faster usually equals more kinetic energy and a bigger punch on the receiving end.

The practical nature must come into play as well. The price of .380 is nearly always higher than 9mm. No matter what caliber you carry, you should be training. If you can train more for less cost, it's a win. Also, the incredibly small .380's tend to be much more prone to reliability issues.

Need more caliber wars? Marines settled the 9mm vs .45 ACP debate a while back. Are you looking for a primer on the trusty forty-five? Check out: Because sometimes old, fat, and slow works just fine.