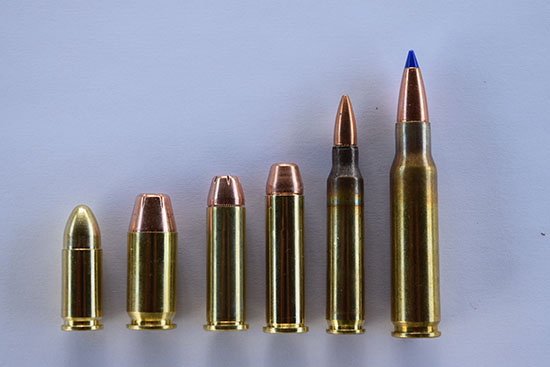 .45 ACP: Because sometimes old, fat, and slow get the job done. Period. And the caliber wars rage on and sound a little something like this: 9mm is best because you can literally plug more holes into your target at a faster rate. .40 S&W is best because it, well, starts with a “4.” .45 Auto is best because shooting twice is just silly. .357 Magnum is best because it's slinging a .357 caliber piece of lead at incredible speeds, and every so often you need to put a hole in an engine block.

Again, I say to you, the wars rage on.

Before we continue, let me say that when the stinky brown stuff hits that proverbial fan, I don't care if you're carrying a .22 LR revolver, or you've somehow stuffed a Desert Eagle into your trousers, you are now my backup and you'd better be both ready and able to use that firearm successfully in the fight for our lives.

You've heard this before, but it's important and bears repeating: What caliber of gun you carry isn't as important as what you can do with it. What matters is that you train with your chosen every day carry gun (EDC) and that you are proficient with it in self-defense. 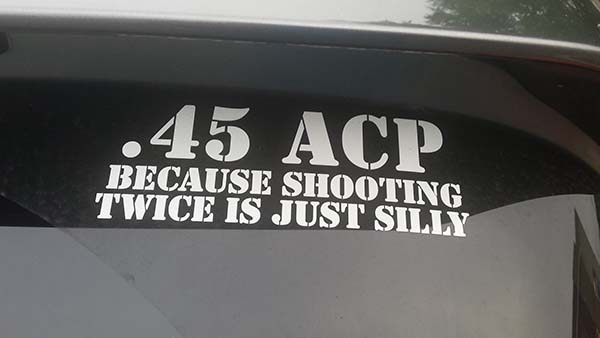 The .45 Auto got its start way back in the mid 1900s, and came about because the military required a cartridge with a caliber of no less than forty five to be effective on the battlefield. The 38s they were using proved to be inefficient in battle and were unable to stop the advancing enemy during the Moro Rebellion.

After testing various calibers of cartridges, they came to the conclusion that, at the time, .45 caliber was the best there was and had the potential to do the most amount of damage to an advancing enemy.

Brilliant firearms designer John Moses Browning stepped in and helped design the Auto Colt Pistol cartridge, and even concurrently designed a pistol to use it, which would be one of the longest running military pistols ever made–seeing more war-time than any other. Obviously, I'm talking about the M1911 which remained in service until it was replaced by the Beretta M9 in the 1980s, with only certain special forces units using the 1911 until very recently.

Another one of the most famous guns ever made was also chambered in .45 ACP, which is non other than the Thompson Sub Machine Gun, also lovingly known simply as the Tommy Gun. Used in war, by police, and certainly by prohibition era criminals, the Tommy Gun is one of the most recognizable guns in the world, and saw service up to the early parts of Vietnam, and some police units used them until the 1970s. 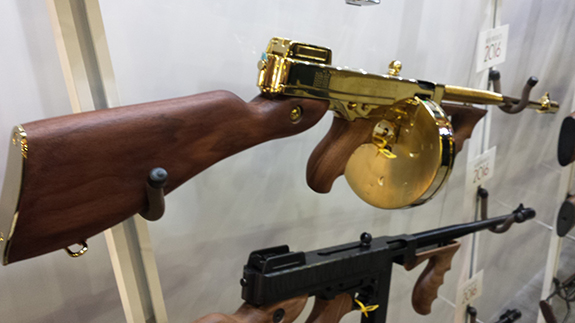 .45 ACP has a violent history of use in war, criminal catching, and self-defense, and is still used today by folks believing bigger holes are better, even if they do come at the cost of speed and magazine capacity.

The .45 Auto is available in many different forms from full metal jacket (FMJ, ball, target, etc.) to jacketed hollow point (JHP, self-defense, etc.) and everything in between like wad-cutters, special fragmenting bullets designed to utterly destroy the inside of a human enemy, and others.

The most common weight of the forty five's bullet is 230 grains, but there are plenty of different sizes available to your heart's content, and whatever you need. The bullet diameter is .451″ and the overall length of the cartridge from the top to the bottom is about 1.25 inches. Metric measurements are 11.43X23mm.

There are also plenty of +P cartridges available from different manufacturers, should you require a bit more speed from your slug, as the +P cartridges are loaded to higher pressures, and, thus, moving the bullet along at a faster speed.

Today, most gun manufacturers offer models chambered in .45 ACP, and it is easy to see why. While it certainly recoils more than, say, a similar sized pistol chambered in 9mm, felt recoil may not be as snappy as guns chambered in .40 S&W of the same size. (notice I used the term “may not be” because felt recoil is subjective from one shooter to the next)

Many folks describe shooting handguns in .45 as a shove in the hand, as opposed to being punched in the hand with a .40S&W. Therefore, and many people won't likely agree with me on this, .45 ACP is a good draw between the two for the recoil sensitive shooter who doesn't want a 9mm, for whatever reason. 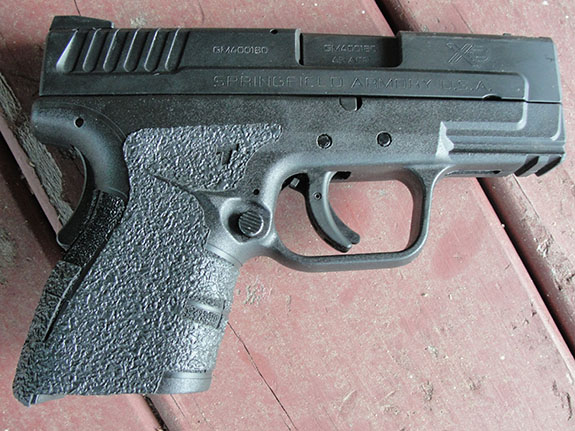 My old XD Mod.2 in .45ACP, that I sadly had to sell due to financial issues. Loved those Talon Grips, too!

Truth be told, I carried a Springfield Armory XD Mod.2 sub-compact chambered in .45 ACP for a long time, and found it to be pleasant to shoot at the range, and to carry concealed. Today, my go-to guns tend to be in 9mm, but that's usually based on the cost of the ammunition, more than anything.

When trained with, it remains an excellent option for self-defense, especially in places like New Jersey where hollow point ammunition is not easily attainable, and even illegal in some scenarios. And, if you can't use proper self-defense ammunition in your gun, being able to poke the biggest holes possible is likely the next best solution.

It also makes a lot of sense to use .45 Auto in your self-defense pistols if you live in a state where you have strict magazine capacity laws. In other words, the argument of putting more, smaller holes on an attacker, faster, goes out the window if you can only carry 10 rounds or less. While all rounds should count, bigger holes are better if you can only shoot so many times.

If that's your scenario, training with your Colt 1911 or Glock 30, both chambered in .45 ACP with limited magazine capacity is your best option. 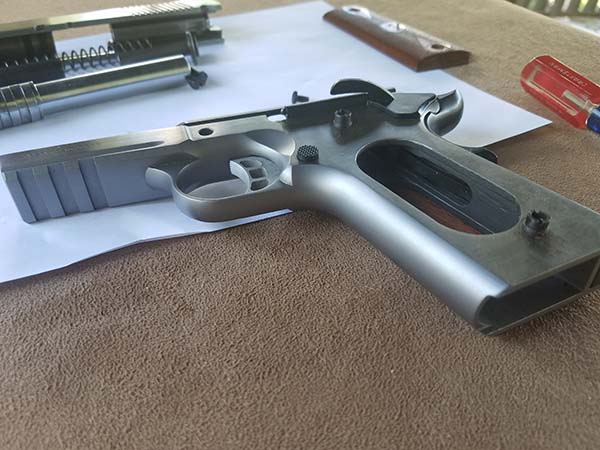 While being old, fat, and slow can be detrimental for some people, that rule doesn't apply to the .45 ACP self-defense cartridge. In fact, the opposite holds true. It doesn't seem to be going anywhere, any time soon, and modern ammunition technology keeps it in tip-top shape. It's great for concealed carry no matter where you live, and especially if you live in a state that's more restrictive on what you can and cannot do, when it comes to protecting yourself.

Tell me because I need to know, what's in your pistol?