News outlets like Healthday and WebMD reported results of a blockbuster study that unequivocally prove restrictive gun laws directly reduce suicides and homicides involving guns. However, wait. What did the study show exactly? Is this the slam dunk piece of research for which legislators have been waiting?

The big question is: Do gun laws reduce suicide and homicide rates? 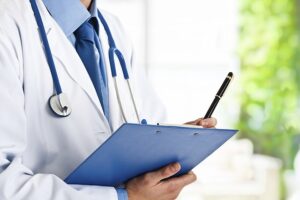 Below is an excerpt from the article:

Previous studies have found associations between state suicide and homicide rates and specific gun laws, such as waiting periods and universal background checks. Most research has shown that specific firearm laws are associated with reductions in gun-related deaths.

Further research is needed to assess the link between gun laws and suicide and murder rates, the study authors noted.

“Assessing the implications of law changes, regulation enforcement and if there is a correlation with violent crime decline will be necessary,” Gunn said.

John Gunn is one of the study's authors and is a postdoctoral researcher at the Rutgers School of Public Health and New Jersey Gun Violence Research Center (GVRC). The GVRC's mission statement is: 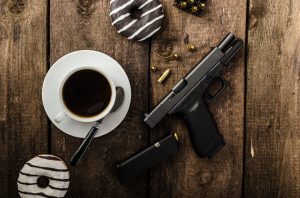 The GVRC's mission is to:

Provide high-quality, multi-disciplinary research on gun violence causality and prevention and translate this research into clear and actionable policies and programs, therefore creating safe and healthy environments. GVRC aims to achieve this mission by partnering with local, state, and national experts accessing data to conduct research that identifies factors involved in gun violence. This initiative will help develop interventions to reduce gun violence and translating science into effective programs and policies to ensure their widespread adoption.

Okay, it seems the organization does much research. However, does the data point to the conclusion reported? Furthermore, how was the research conducted?

First, it's hard to know what precisely the findings were. Furthermore, the methodology used to reach them. The article does not link to the actual study. The report includes some statistics without context and the author's summary of the research.

Not willing to take the HealthDay reporter's word on the study, I searched for factual data on the study. This effort was nearly worthless.

Someone must subscribe to the Journal of Public Health to read the report. However, you can only get an abstract of the research.

Pulling From the Abstract:

The abstract was not much more helpful than the brief synopsis in the article, but it pointed to the researchers using data collected by the State Firearms Law (SFL) website. In essence, the study uses the number of gun laws a state has, as reported on the SFL site, and compares that to the homicide and suicide rates involving firearms. The researchers make some adjustments due to “key covarieties” and voila, states with more gun laws have a lower rate of homicides and suicides involving guns. 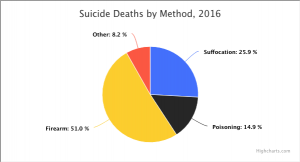 This pie graph from the American Foundation for Suicide Prevention (AFSP) shows that people use a firearm in 51% of completed suicides.

Does Every Gun Law Hold the Same Weight?

But wait, I looked at the SFL website. They list all kinds of gun laws that would have absolutely no impact on homicides or suicides. These are some of the laws that supposedly affect homicides and suicides:

These are just a few of the laws factored into the equation. And remember, these laws are among those that supposedly reduced homicides and suicides. We looked at the effects these laws have and posted much on the topic. I linked to several articles on the topic. I hope that you read and decide for yourself.

Furthermore, the researchers look at crime and suicide data from 1991 to 2017. How do you account for when states enacted any of these laws? Which of the laws had the most impact?

Did the researches account for how the gun laws are applied? Just because a law is on the books does not mean it is applied the way we think. How and if the law is applied strictly and if violations of that law have a deterrence effect is more important than the number of codified laws. 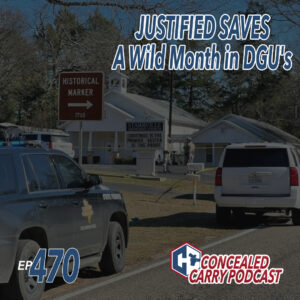 Perhaps the researchers failed to account for the number of homicides and other violent crimes stopped by citizens with firearms? On the low end, the estimation is 500,000, and the high end 3,000,000 each year. Compare that to 67,000 lives lost, which include ALL homicides and suicides in 2017. Then understand that about half of that 67,000 or roughly 33,500 involved the use of a gun. Even on the low end, restrictive gun laws make law-abiding citizens less safe.

I submit that the factors that influence crime and suicide rates are way more complex and intertwined than simply the number of “gun laws” that a state has on the books. Or does it make more sense to believe the more laws, the better, regardless of those laws? The latter makes no logical sense. It serves as an example of manipulating many numbers to come up with the result that supports your mission statement. But in the end, you decide on what makes sense.

I do not doubt for a second that researchers and people such as Mr. Gunn have a genuine belief that regulating guns more will save lives. I doubt any of the members of the GVRC first joined and then were persuaded to that realization. So I believe their desires are genuine and sincere. However, people can be true in their beliefs but be sincerely wrong.

If you do not believe that people save lives every day by using firearms, check our Concealed Carry Podcast. Every month we cover defensive gun uses (DGU's) from across the country.

Traveling With Your Gun? Download your State’s CCW Reciprocity Map
Half Of America Allows Concealed Carry Without Any Training