How do criminals get their guns? Do background checks keep criminals from getting guns? What happens when someone lies on the application to buy a gun?

We must have factual answers to these common questions. It is especially true because of the legal implications and dishonest media providing untruthful information on the topic.

What are Background Checks?

When you buy a gun through an FFL, you must fill out ATF Form 4473. Additionally, you have to pass a National Instant Criminal Background Check System (NICS) background check. The intent is that the system would indicate if someone is prohibited legally from possessing a firearm. 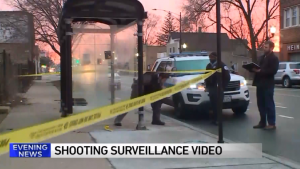 It worries me that people are less concerned with if universal background checks will work or not. They are more concerned about “just doing something.”

What are Universal Background Checks?

Universal Background checks would eliminate private party sales of firearms. Meaning every gun that is given or sold to another must be transferred through an FFL. Furthermore, running a background check on the receiver of the firearm would be a requirement.

The call for universal background checks is nothing new for advocates of gun control.

Our company is against any legislation requiring a background check for every single gun sale in the country. We have been clear on this and articulated our reasoning on how we've come to our opinion.

Simply put, our opinion is that the negative effect of universal background check legislation far outweighs any potential benefit. 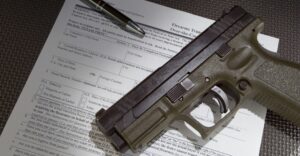 Universal Background Check advocates claim the legislation would keep guns from getting into the hands of criminals.

What Affect Do Universal Background Check Have on Criminals Getting Guns?

In 2019, the Department of Justice (DOJ) released a report with statistics on how federal prisoners get the firearms they use in their crimes. Here is a quick overview of the numbers: 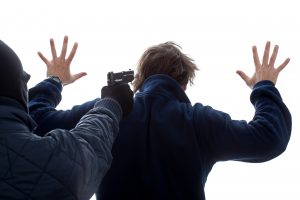 ALL guns in the possession of those prohibited are obtained in violation of existing law.

So the data would suggest that requiring background checks for all gun purchases could potentially prevent half of the guns from getting into the hands of criminals. These statistics may be what some folks allude to when they say things like the following I saw in a recent article:

Together, we can cut the number of gun-involved deaths in our country in half and make all of us safer, just by keeping guns from the people we all agree should not have them (i.e., people who are a danger to themselves or others).

It is naive at best to draw this conclusion because of the above statistic.

I say this because the report does not indicate how many black-market gun sales would have still gone through if it were illegal to complete a private party sale. Reality shows that criminals still obtain guns even in states that don't allow private party transfers. It makes sense, right? Criminals, by their very nature, do not follow laws.

Either the person purchasing the gun or the person selling it could be criminals. Existing laws already prohibit this behavior. But bad guys still buy and sell firearms.

In other words, if I am a criminal, I probably know someone who will sell me a gun, illegal drugs, a stolen car, jewelry, etc. 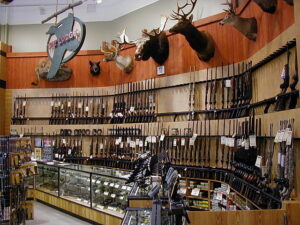 Consider this. Most states that allow for private party gun sales require that the person selling the gun have a reasonable belief that the person they are selling to is not prohibited legally from possessing a firearm.

In most private-party gun sales, the seller asks a buyer if he is prohibited from owning a gun legally. They can ask to see their identification card or a concealed carry permit.

Sure the buyer could lie, just like they do on the ATF 44373 form. However, a reasonable person is likely to err on the safe side and back out of a sale if something doesn't seem right. Someone is likely not dissuaded by the law if they don't care to who they sell a gun.

How do we predict who will commit a crime?

It also presumes that either the people running the system or the system itself can adequately predict who it is that “we all agree should not have a gun.” There are instances where people who go on to kill others show some red flags. The devil is in these details here, and here is the point of contention. Many of the ‘red flags' exhibited by mass killers or other criminals are not necessarily what made them killers. Many of the ‘red flags' would appear for many completely law-abiding, peace-loving Americans. Also, just as often, killers show no red flags whatsoever.

How far do we go to preemptively anticipate when someone will be a threat in thefuture?.

It is also fair to ask, do we allow them to come off the list? If so, after how long, and what is the clearance process? Do we do other things to ensure they don't get a gun if they are on the list? After all, just because someone can't pass a background check doesn't mean they can't get a gun. So should they be locked up, just in case?

How far is too far?

It becomes a very complex set of criteria that presumes some people are guilty until proven innocent.

Which government agency do we trust in applying the criteriaton all Americans fairly? Should affiliation with Black Lives Matter or Antifa be a red flag that prohibits or hinders someone from buying a firearm? Are they people “we all agree should not have a gun?” Indeed, some people think that way. After all, people within the organization have committed acts of violence.

What about folks associated with Q-annon or “alt-right” ideologues, or even some who were at the U.S. Capitol rally? Weren't some of those folks have beenviolent?. It seems the government can make cases that every citizen has some “red flags,” and we all agree that “these people should not have a gun.” This poll showed that 43% of Americans questioned believe it accurate to label the NRA a terrorist organization. Do we all agree that members of a terrorist organization shouldn't be able to possess guns? 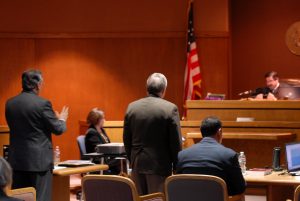 What Would Universal Background Checks Do?

Let's be honest; no one proposes that universal background checks will reduce instances of negligence. The tragic outcome is when someone irresponsibly stores or carries their firearm, resulting in an injury or death. Helping people become responsible and safe with their firearms is something to which we are dedicated. Furthermore, we feel instances like thesare unexcusablele and nearly always preventable.

And I don't think anyone is honestly suggesting that universal background checks would reduce the number of tragic suicides where someone uses a firearm. And we feel addressing suicide as a considerable problem is essential.

In a follow-up content piece, we looked at 25 mass shootings to track how the killer obtained the gun used in the crime. The numbers may shock you! Get that information here. 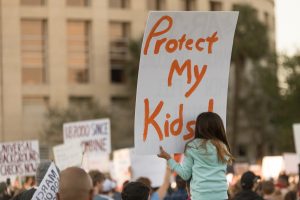 When someone doesn't pass a NICS check, what happens?

So in 2017, there were roughly 25.6 million firearm-related NICS background checks ran. The system denied 181,000 (1%) firearm purchases based on a prohibition. That is still a lot of people who weren't able to purchase the gun through an FFL. Of course, the numbers don't reflect if the person could buy a firearm illegally or if the denial was a clerical error. According to USA Today:

In the 29 states where federal officials handle the background checks, there were only 12 prosecutions in fiscal 2017 of people who were found to have provided false information, such as failing to disclose a felony conviction, according to the Government Accountability Office…

In a review of 13 states that handle the background check forms themselves, 10 do not investigate or prosecute firearms denials, with some saying they have other law enforcement priorities.

So we come back to the original question. Will universal background checks work in making people safer?

Here is where I'll present my opinion:

I don't think they can.

For Universal Background Checks to Be Effective:

It's also my opinion that if the ATF wants to regulate businesses that sell firearms, they have the legal grounds to do so. The government regulates different aspects of what businesses can and can't do. If a regulatory requirement for FFL's is that they conduct NICS background checks, so be it. 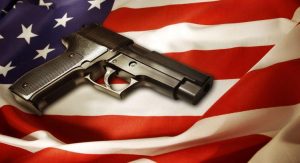 What rights do the private person and the individual states have?

If individual states want to pass laws that prohibit private party sale of firearms without them going through an FFL, that is likely within their authority. We have 50 states and can move to a state with laws that we prefer to want genuinely.

However, I believe it to be an overreach of the federal government to require all private individuals who sell a firearm to first take it to an FFL for a NICS background check on the buyer. Additionally, I think it only hinders law-abiding citizens who would follow such a law in the first place. Furthermore, it opens the door to an inevitable federal registration database of firearm owners that will have disastrous implications.

This statement is merely a debate technique that attempts to discredit the opposition as having an inconsistent viewpoint. In other words, abiding by regulations imposed upon businesses means those businesses have no right to say any gun law is overreach. Now you can see how dishonest that argument is.

We can agree that the government may regulate businesses in ways we don't like. Or perhaps we think the government should regulate companies, but those same regulations are not suitable for private citizens.

And I think some regulations may not be appropriate or legal for businesses or individuals.

We tackle all kinds of topics important to gun owners on our bi-weekly Concealed Carry Podcast. Consider checking it out, subscribing, and don't forget to enter the weekly prize drawing.

Episode 496 – Are Guns A Deterrent Against Crime?
Background Checks and Mass Shooters, How Did They Get Their Guns?