Many of you carry a firearm as your EDC (everyday carry) weapon. A large number of you may also carry a secondary, or even third weapon.  This may be a BUG (backup gun) or edged weapon. I have recently seen many people wondering about the usefulness or effectiveness of carrying pepper spray along with their primary weapon.

I have been exposed directly and indirectly to pepper spray on many occasions. My training in the Marine Corps and Police Department provided purposefully direct exposure to the face and eyes, and as any police officer can probably attest, if you spend any time working on the streets you will eventually be exposed to it. I assume every department must be staffed by a very liberal user of the spray. So let me propose some pros and cons of my experience with pepper spray so you can make the decision on whether or not it is something you want to carry.

What is pepper spray?

Pepper spray is a food grade product made from the natural oils in chili peppers. The extracted chemical is named oleoresin capsicum, or OC. This is where the term OC spray comes from. So the capsicum is placed into a canister, a propellant is added and voila, you have OC spray. Not all sprays are created equal. There are several ways the ‘heat' of the OC spray is measured. You may have heard of Scovill Heat Units (SHUs).

This is a scale that is somewhat subjective when applied to a spray, and the SHU's on the package can be misleading if calculated from the initial SHU rating of the chili rather than the final product. Secondly, you may have seen an OC% on the product.

This is simply what it implies, the percentage of OC to propellant and liquid the capsicum is mixed with. While a higher % would be better, it doesn't factor in the potency of the capsicum being used. The most effective way of measuring the amount of hate and discontent your OC spray will cause is Major Capsaicinoids (MCs).

This is like taking into account both the SHUs and the OC% to reach the amount of discomfort you spray on your attacker. Additionally, OC spray can come in different forms. From a powder to a liquid spray to a heavier oily compound. All have various pros and cons and are suited better for specific purposes. As with anything dealing with personal protection, laws vary from state to state. Laws regulating the potency, possession, sale, etc., need to be understood before throwing it in your pocket for carrying.

What are the effects of Pepper spray? 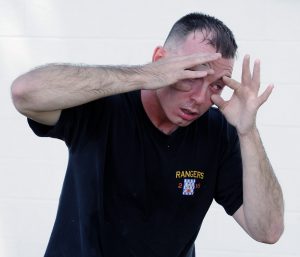 The spray irritates and inflames the tissues and mucous membranes. Exposed eyes and nose will burn and water uncontrollably. Exposed skin will be irritated and, if inhaled, the exposed person will experience a burning sensation in their throat and lungs. The effect varies based on many factors, but typically the response takes several seconds to start taking effect. Just like some people can eat extremely spicy food and not really be affected, others lose their minds over a little kick to their food, so do the effects of OC spray vary.

There are those who believe some are immune to OC spray. I have personally seen it be ineffective on some people, but they still had a reaction to it. The reaction just was not as great as it was to others. I have not personally seen anyone and have not been able to find medical documentation that there are humans who are 100% unaffected by OC spray. But, there is a thought that people can build up a tolerance to OC spray, which I personally agree with.

The more exposures one goes through, the more they know what to expect and can continue to function after being exposed. I call this the ‘psychological effects' of OC exposure. As I trained Marines, I was tasked with ensuring they could overcome being exposed to OC spray.  Part of the training consisted of a 3-second spray in the eyes of the Marine. Then the Marine completes an obstacle course consisting of circuits where he/she has to defend against physical attacks.

As the Marine fights they sweat. Which, in turn, opens the skin's pores allowing the OC spray to irritate more as well as have the spray drip into the Marine's eyes and be inhaled through the nose and mouth as they breathe heavily. I have seen Marines freak out because their body undergoes uncontrollable physiological effects that they have never experienced before.  This can scare some people and shut down their will to fight. I have also seen Marines become more enraged and determined, allowing them to fight through any pain or discomfort in order to remain victorious. So, the effect is dependent on a large number of factors. 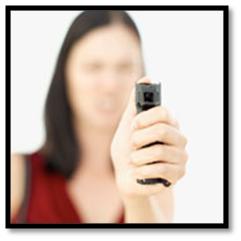 OC spray has a shelf life. It only lasts so long and then its effectiveness or potency is not guaranteed. This is something to be aware of when using OC spray. For some time I carried OC spray as a police officer. After a while, I opted not to carry it as I found other force options typically suited me better. But while I carried it, and knowing that many officers cared it, I prepared myself that if I or another officer used it, I would be exposed.

If you spray an attacker with OC spray, during the delay between the exposure and the effects, the attack is likely to continue. The OC spray is an oily substance that will stay on the attacker and if you become engaged in a hand to hand fight the OC will be transferred to your body and you will begin to feel the effects.

This is important to recognize because you do not want to fall victim to the very psychological effects of OC spray that you want the attacker to succumb to.

There are also legal considerations to make when choosing to carry pepper spray for EDC. Some state laws consider pepper spray a weapon, and thus it could be banned in certain locations just like your concealed firearm. Just be aware of your individual state laws concerning its use.

I also want to address the false claim that merely possessing pepper spray and not using it before using a firearm can hurt your self-defense claim. Your use of deadly-force will be weighed on its reasonableness within the self-defense law of the state. So do not be in fear that carrying pepper spray somehow changes the reasonableness standard of your use of deadly force. 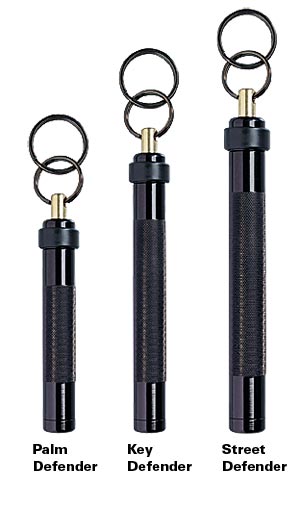 Pepper spray, or OC spray, can be a good defensive tool in situations where carrying a firearm is prohibited or unpractical. But understand, OC spray is not a magic wand that stops attackers in their tracks and sends them running for the hills. Attackers can absolutely fight through the physical and psychological effects of OC spray.

It's my opinion that pepper spray would best be carried as a secondary or third self-defense option, or when other options are either illegal or impractical due to clothing or some other reason. And, OC spray would best be used in a situation where the user could use the momentary disorientation of the attacker being sprayed to retreat to a safe, or well-populated place.

You have many options to choose from when looking for OC Spray. It comes in various forms, from small one shot key chain devices like the ASP Key Defender to larger canisters about the size of a roll of quarters, like the many products from Sabre.

Throwing one in your purse or attaching one to your key chain can't hurt as long as you know the pros and cons, as well as what it can and can't do.  I hope this helps you make your decision on whether or not you add pepper spray into your EDC routine. Stay safe!

The Latest Firearm “Utility” Is On Your Cell Phone
What is Waffle House’s Gun Policy?

3 Responses to Pepper Spray For EDC | Good or Bad Idea?