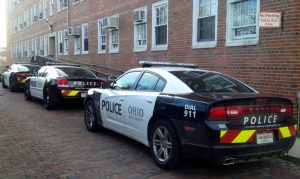 This stock photo has nothing to do with the post.

Sometimes we see news stories that highlight what not to do when you're a gun owner or carrier of a concealed gun. It's always a delight, or not depending on your outlook on life, when two stories fly across my desk on the same day.

Please know that whenever I cover stories like this it's not my intent to sound snarky or to poke fun at the people involved, though that does sometimes happen because I'm a naturally snarky person. My goal with these types of articles is to teach you (and me) what not to do with our guns.

These stories serve as a reminder of sorts to say, don't be stupid. And I think we can all use reminders from time to time.

I'm fairly certain we've said on more than one occasion that shooting at a guy who is just stealing your property (when there is no threat to life), even though it is a crime, is a no-go situation in most instances. This story out of Yakima, Washington shows us why.

The Yakima County prosecutor, Joe Brusic, is looking into the recent shooting of a burglary suspect, as he fled. The 24 year old male received a gunshot to the back of the head while fleeing in a vehicle, after burglarizing a building.

The suspected burglar told the County Sheriff's Deputies that the property owners opened fire as he drove the vehicle around them, and that he was subsequently hit in the head. It has been reported that other shots hit other parts of the vehicle.

While Brusic wouldn't comment on if the property owners will be facing criminal charges, he is investigating the matter further, even though the suspect told deputies he didn't personally intend to press charges.

To use potentially deadly force to keep someone from stealing property or obtain property back is always a serious matter.

Deputies found a lot of the stolen property to include two trucks, a plasma cutter, and two welders. Some of the property was found at the suspect's residence after the deputies arrested him on unrelated charges that same evening.

The spokesman for the Yakima County Sheriff said this regarding the use of force:

I've covered this topic before in this article here, and can say that I've been told by firearm attorneys that it is generally seen as a bad thing to protect property with deadly force and that it should only be used to protect life when life is being threatened.

We don't know if charges will be pressed by the prosecutor, but it doesn't seem to be off the table. Finally, the phrase “when in doubt, whip it out” does not apply to the use of a firearm to stop a burglary in progress.

The correct course of action here would likely have been to call the police, report the stolen goods, and then wait. Does that suck? Yeah, but so does spending some time in jail if they find you guilty.

We see negligent discharges a lot. Sadly. But that's not the entire point with this story as we'll see. The story takes place in Atlanta, GA and shows that a man was in a mall and “accidentally” fired his gun while adjusting himself (it doesn't say if he was adjusting the gun or something else, but I believe that to be the case).

Nobody was hurt during this incident and the premature discharger fled the scene and has not been identified as of this writing.

Before I get to the point I'm trying to make, let me first say that you should always use a proper holster and that adjusting yourself can be a cause for disaster if you're not using one. Furthermore, adjusting yourself is never a good thing because you may give away the fact that you're carrying a gun to begin with.

The point I want to make is that witnesses reportedly told police that the shooting happened after a dispute. This dispute was later found to be untrue by the police, but we need to keep in mind that witnesses never have the full story, and regularly make things up even if they don't mean to.

This is one of the reasons why we always need to line our ducks up in a row and make sure we're squared away. Now, the chances that this clown was illegally carrying a gun are high, but the point remains that any incident concerning a firearm is likely to have mixed reports and signals from those around us.

And of course, there is also always the chance that someone is going to lie to make you look bad for discharging your gun, even if you had reason to do so (for example, your life was in danger).

These “what not to do” stories are important case studies for those of us who take carrying a gun seriously. Our main goal with the dissection of these stories, is to learn from them.

It's important to remember that we should only engage someone if human life is threatened because the jurisdiction you're in may not see your property as important as you do.

Also, put your gun in a holster, don't adjust it once it's there, and remember that bystanders almost never see things the way you do and will often give a false report of the circumstances as they happened.

8 Responses to Two Gun Stories We Can Learn From