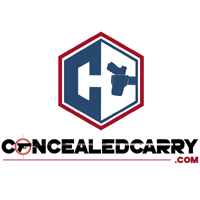 This shirt features an AR-15 and a phrase first coined by US President Theodore Roosevelt when referring to foreign policy. It symbolizes the idea of negotiating peacefully but also having strength in case things go wrong. The first known use of the phrase occurs in a private letter from Roosevelt (then Governor of New York) to Henry L. Sprague, dated January 26, 1900.

Roosevelt wrote, in a bout of happiness after forcing New York's Republican committee to pull support away from a corrupt financial adviser:I have always been fond of the West African proverb: “Speak softly and carry a big stick; you will go far.”In an article about an interview with Governor Roosevelt, published in the Brooklyn Daily Eagle on April 1, 1900, a reporter noted that “His motto, he says, he has taken from the South African people: ‘Speak softly— carry a big stick— and you will go far.'Roosevelt would go on to be elected Vice President later that year, and subsequently used the aphorism publicly in an address to the Minnesota State Fair, entitled “National Duties”, on September 2, 1901:A good many of you are probably acquainted with the old proverb: “Speak softly and carry a big stick — you will go far.”Four days later, President William McKinley was shot by an assassin; his death a further eight days later elevated Roosevelt to the presidency.

This makes for a great staple t-shirt. It's made of a thicker, heavier cotton, but it's still soft. And the double stitching on the neckline and sleeves add more durability to what is sure to be a favorite!