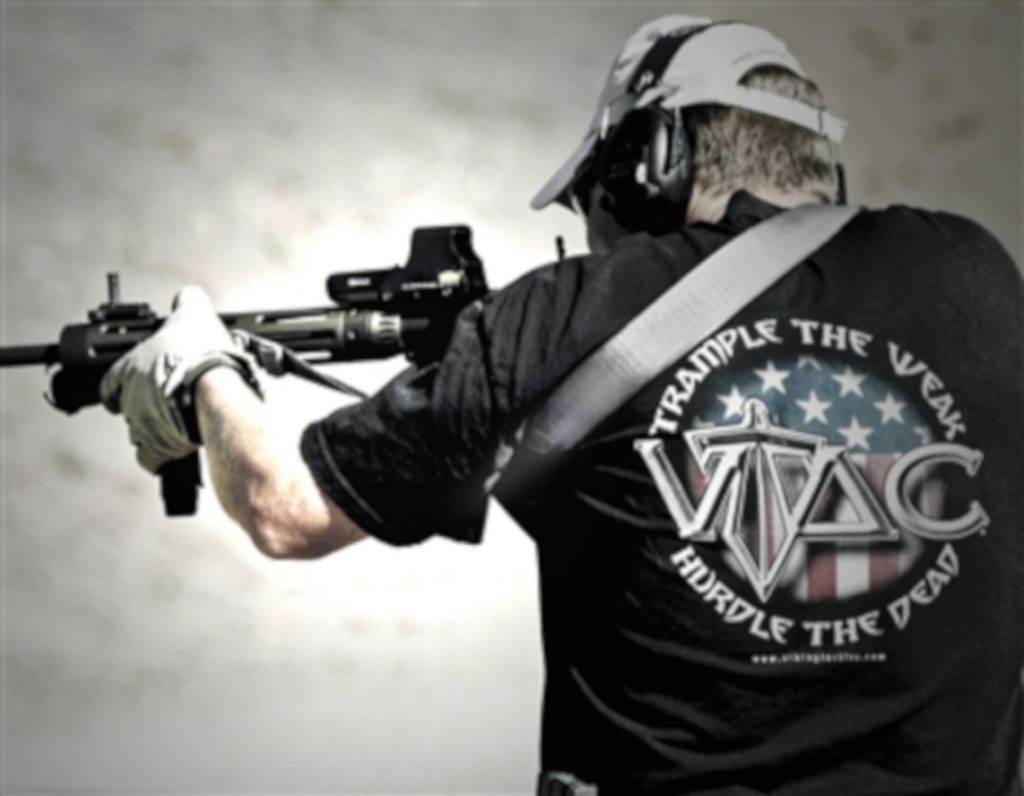 For most people buying a handgun, a holster is the next logical purchase. Unless you plan on keeping the pistol in one of your hands with no way to secure it, a holster is essential.

Slings are the same way. They should be considered an essential piece of equipment for a rifle or shotgun like sights and a good light. I’ve used 3 of the more common styles of slings extensively and these opinions are based on my experiences.

Why slings are important.

Slings let you keep your gun on you, while still allowing the use of both hands. Pick things up, put things down, open and close doors, the world is your oyster.

A sling also keeps your weapon close to you and in your direct control. No one is going to trip over it with it slung across your chest, and if you suddenly need to pick up a loved one and run to cover, you will have both hands free to do this.

There are a number of different styles of slings that can be purchased, and the choices are largely personal preference. Even if your way is not my preferred method, there is usually nothing wrong with running what works best for you.

The single point sling is one of the more popular slings on the market. It's called “single point” because it attaches to your weapon at a single point (2-point slings attach at 2 points, 3 point at 3 points etc.) This is the way I carried my M4 in Afghanistan, so I'm familiar with it. However, I’ve learned things since that time in my life and moved on to discover what other slings might work better.

This is a fine sling for most of the things you will want to do with it (keeping your rifle off the ground.) The head and one shoulder are put through the loop and the gun is allowed to dangle straight down in front. Usually there is a bungee cord built into the sling to provide a little slack and increase maneuverability of the rifle around your body.

In my experience, the way the rifle hangs directly center of the body means that if you drop the rifle to let it hang, you run a substantial risk of racking yourself if you don’t pay attention. Additionally, with the bungee cord of the sling wrapped under an arm pit, getting out of the sling is a bit of a chore.

Most of the people I have seen with single points disconnect the rifle from the sling before they try to take it on and off since it can be cumbersome, especially when wearing body armor and a helmet. Not a big deal perhaps, but it can become a pain after the 200th time you struggle out of your sling.

Another potential problem with the single point is that the only place it can really hang is right in front of you. While this is usually a fine place to keep your rifle, it can get in the way of almost everything else you want or need to do. Climbing, running, and/or carrying anything means your rifle will be in the way at every step and usually bouncing off your knees. Not impossible to cope with, but again, annoying.

I will say I've never used a “Belt Cuff” to keep my weapon out of the way while using the single point sling. Leave a comment below if you have used this before and what your thoughts are.

Most of the modern-day two-point slings have a high degree of adjustability that allows the user to quickly let out or cinch the sling. This lets you get out of the sling when you need too, but also lets you tighten the rifle down to your body more securely. This increases maneuverability by letting the weapon to be slung across your back if you want to climb or carry something.

Additionally if the rifle goes dry, or has a malfunction, it’s simple to sling the gun to the side or back as the pistol is drawn, safely avoiding the testicle smashing issue of the single point sling. Learning simple manipulations with the sling can increase the number of positions which the shooter can use.

Technique is key here. You’ll want to be able to perform these actions, quickly and smoothly under stress, so training is important. Get your rifle or shotgun out and (after all Gun Safety Rules have been observed) practice the techniques until you’re confident with using the sling as a tool to increase efficiency.

My personal favorite two-point sling is the first one I ever purchased after making the switch from single point to two-point slings. The Viking Tactical Sling has always done the job well for me but there are many quality slings from other reputable sources.

Three-point slings were designed to be the most versatile of all slings. By adding one more strap to the sling, the hope was to enable a wider range of capabilities and carry options. And to a large extent, the designers accomplished that goal.

In my opinion however, that extra strap turns the sling into a net attached to your gun. If you were frustrated with getting your 2-point sling caught on everything, the 3-point sling will seem doubly so.

Also, in a tense situation it’s easy to put your arm through the wrong loop and wind up in a tangled mess. A 2-point sling is a better choice for being more maneuverable with your gun.

You want to be able to efficiently move the gun around your body if possible, and 3-point slings hinder that. I suppose it’s possible to train through the deficiencies if you really wanted to. But the problem is easily solved by using a 2-point sling.

No Matter What You Choose:

While much of this comes down to personal preference. There are some things that could be considered universal truths.

1. Don’t attach the sling to the weapon in a way that will impede your cheek weld or getting the stock into the pocket of your shoulder.

Part of the reason rifles are so much more effective then pistols is the 2 extra points of contact. Every additional point of contact increases the stability and the accuracy of the weapon. This is why it’s generally discouraged to fight with only one hand on the gun, old west style. Two hands, or two points of contact are better then one.

Long guns have an additional 2 points of contact over pistols, the shoulder and cheek of the shooter. Any interference in these areas could reduce effectiveness and should be considered when deciding where to mount your sling.

2. Take the time to ensure the sling is properly sized to your weapon and your body before you need to use it.

You won’t have the chance to call time out in the middle of a gun fight to fix your sling. So, do it before hand. Play with the sling for a good 15-20 minutes or so until you get it right. If you are planning on wearing a plate carrier or heavy clothing, be sure to take that into account as well and give yourself a little extra slack.

3. Learn how to use the sling correctly.

You don’t need to go to a prominent shooting school to do this. There are plenty of YouTube videos (some included in this article) which show why, and how to use your sling in situations like shooting around left/right side cover, and transitions between rifle and pistol.

Storing your rifle with a sling attached

Since slings are essentially just a strap loop attached to your long gun, they tend to get caught on things if you aren't using it. If you have a home defense weapon that you are looking to put a sling on, it might be beneficial for you to rig the sling so it’s secured to the rifle. This way, when you need to get the rifle out of the safe, go bag, or wherever you store your rifle, it won’t get caught on everything on it’s way out.

My personal preferred method is to tie a bungee or ranger band (cut bicycle inner tube like a rubber band) on the stock where I can fold up the excess sling material and tuck it underneath. This way, the sling stays tight to the weapon, but with a quick jerk it unravels for speedy deployment.

Keeping the excess straps of the sling as short as possible or otherwise controlled will also help reduce the possibility of snagging on everything nearby as you try to get your gun into the fight.

A quality sling should be considered a essential piece of equipment in the same category as a good holster. If you don’t have one already or are looking to try something new, give the Viking Tactical Sling a shot.