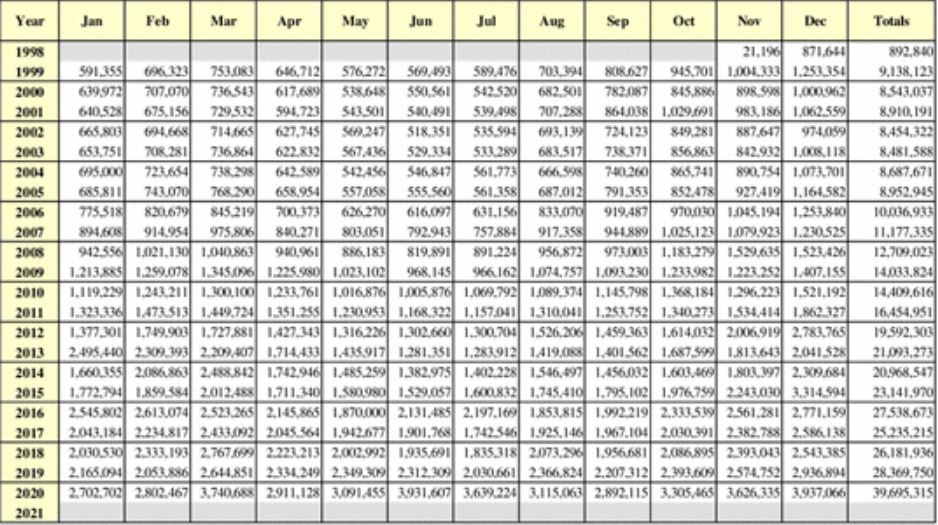 The fact that gun sales surged across the country during the last calendar year is no surprise. We've said a few different times that it was going to be a record breaking year, and it was. If my memory serves me correctly we broke the 2019 sales numbers, or at least the NICS checks conducted at some point in September.

And of course, September is just the start of the buying season. Gun sales continued to surge at a fast pace as we went into the holiday rush which is when the most guns are usually sold.

On one hand this is great news because many of the people buying guns were new gun buyers. Any time we can add new people to our cause is going to be a good thing.

On the other hand, it created a dilemma for those of us who have already owned guns, and that is that we couldn't find anything for ourselves. In looking for graphics for this phenomenon, I found something that was dated to May of 2020, but illustrates some of the things that I think are important for us to consider going forward.

From January to April, the NSSF's study found that more than 40% of the gun owners heading into gun shops to buy were first time gun buyers. And, the most-purchased gun by these new gun owners was a semi-auto pistol. 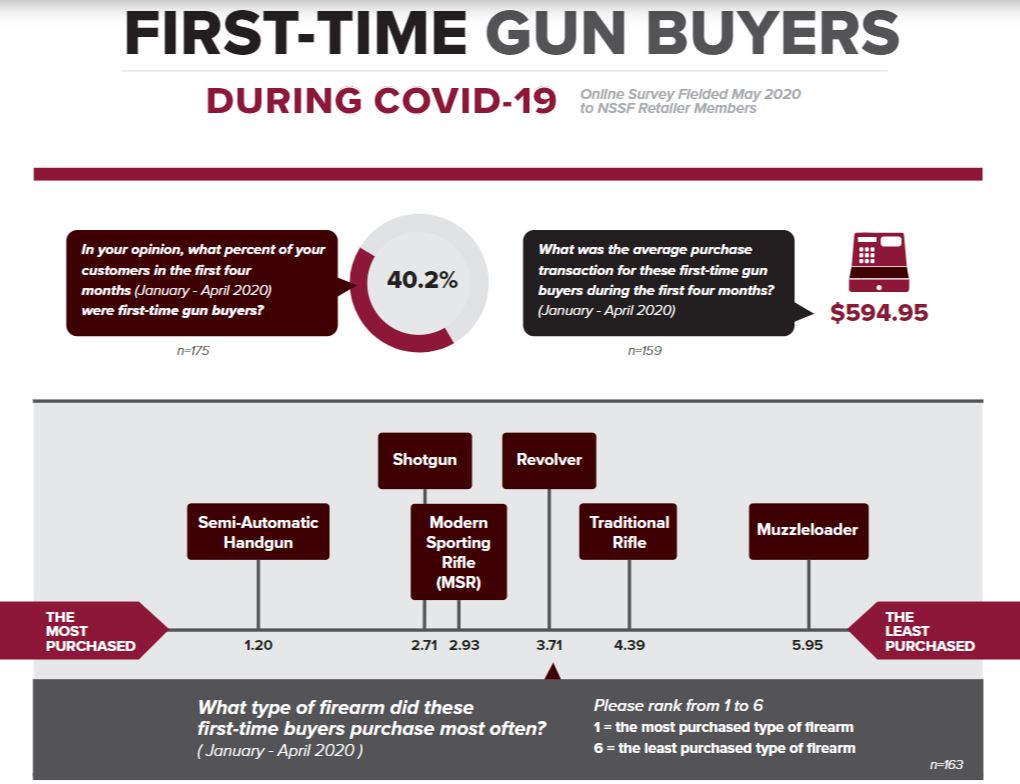 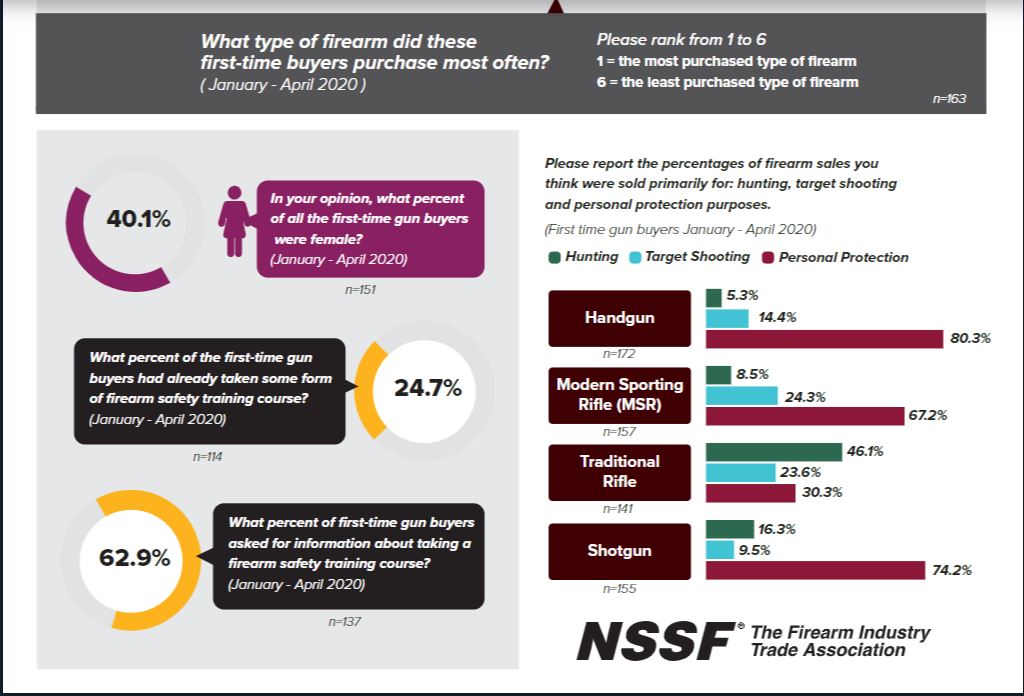 The ammunition sales were even higher as we all failed to be able to find enough ammo to feed our hungry guns.

And of course this brought forth some nasty rumors about the ammunition manufacturers. These rumors ranged from the companies were hording ammo and storing in their warehouses to they're only selling to the feds for gun confiscation so we couldn't fight back.

In reality, I think what is going on is that the companies couldn't keep up with all of the things that happened at the same time. We had a pandemic that scared the crap out of people, which in turn caused a massive rise in the amount of new gun owners, oh and this all happened in an election year.

Election years are already notoriously high buying times, and when added with the above things and the fact that we saw massive civil unrest across the country, it was a recipe for ammo sales (and prices) to skyrocket to heights we've never seen before.

The ammo manufacturers are, I think, doing the best they can with what they've got. Here is a message from the President of Federal, CCI (Blazer), Speer, and now also Remington explaining what is going on and how they're handling things:

So where do we go from here? What does 2021 have in store for us? Well, a couple of years ago when DJT was only a year or two into his presidency I said that you should go buy guns and ammo now while everything was cheap and plentiful and that it wouldn't last.

In that article I warned that at some point this honeymoon period of ours would be over as a new president would undoubtedly one day be elected.

And, unless you've been living under a rock it is, in fact, over. I didn't think it would be over so quickly, but barring some miracle, Biden and his plan to heavily regulate firearms and ammo is coming.

You should always continue to buy guns and ammo while the getting is good, and easy.

I obviously never saw the rest of the stuff, like the pandemic and civil unrest that last year would bring, but there are some things that I can say with relative certainty for not just this year, but the few that follow it.

And, it will continue to be hard to find.

How long will this last? I don't have a crystal ball, and question anybody who says they do have one. However, I don't see this thing ending at any point in the near future.

At this point in the game, it's my hope that you're sufficiently armed for the future. I hope you have what you'd consider to be enough guns and ammo. Then again, it never really is enough, is it?

Leave your thoughts on this mess in the comments below. Any predictions?

Read this next: Buy parts and other stuff, just in case.