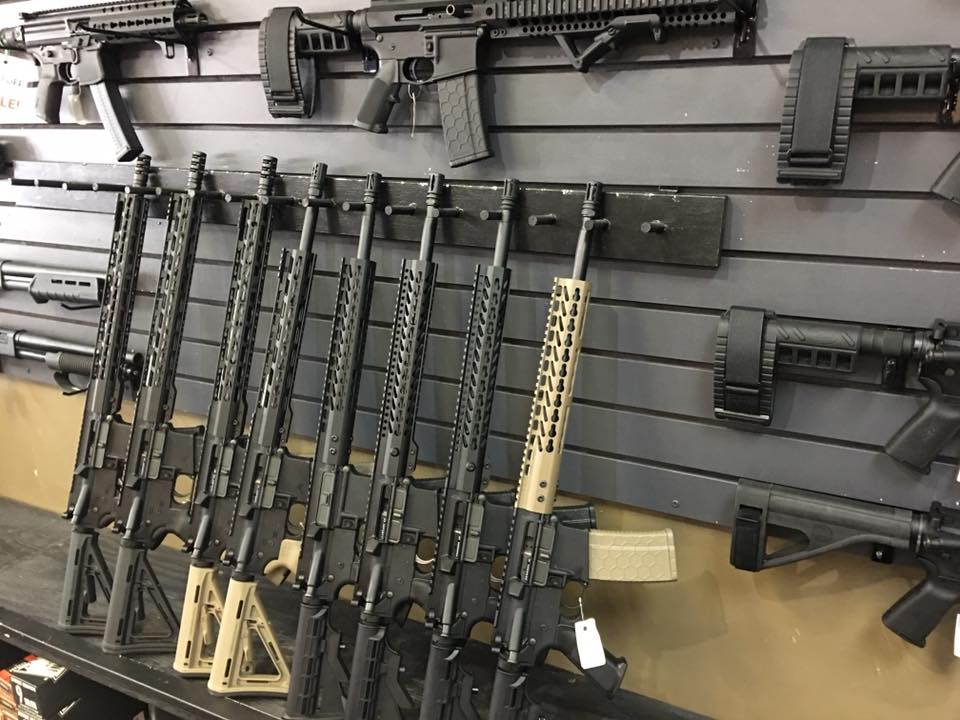 Okay, I apologize for the click-bait headline, there. There is some truth to it, though. Right? While Barrack Obama is president no more, there are still plenty of folks who don't want us to have our self-defense and anti-tyranny tools. We passed the one-month anniversary of the Las Vegas shooting that took place, and the anti-gunners have done nothing but prove to us that their agenda hasn't changed one bit.

But that's not even the reason why I want you to go out and buy your next gun, holster, safe, or anything else. It's because your local gun shop and the manufacturers who supply them are hurting and may be forced to close unless you get your happy butt over to buy something.

The gun economy is nowhere near where we all want it to be right now. Is it because of a Donald Trump presidency? Are folks feeling comfy because Republicans are in control?

Before we move on, I do want to say that I may be alone in my beliefs here, and that's okay. There are some other gun publications, that I love by the way, who will tell you that the gun economy is totally fine. On the surface, it looks to be fine. But, as I like to do, I dig deeper.

The illusion of control:

Republicans control the political landscape, right now. Right? I've got news for you … they are either NOT in control, or DON'T have our best interests at heart. Why? Because if they were, there would be some positive news on the horizon. Instead, just about every pro-gun bill imaginable gets shelved before it has the chance to do anything.

I have heard the arguments that they are waiting for a better time to tackle the big ones like SHUSH, 50 state reciprocity, and the others. But, waiting usually comes at a price. People can only put something off so long before they forget that it's actually there. Happens to me all the time, just ask my wife.

Furthermore, if you are relaxed because of President Trump, he'll only be president for so long. At some point, either at the end of this term or the next, he won't be president anymore, meaning that the anti-gunners will likely get someone back in office again.

I believe that if one positive gun law was passed, like SHUSH, it would catapult the gun economy. Why? Well, I can tell you that I don't own a suppressor because I'm unwilling to jump through the necessary hoops to do so. However, if said hoops were removed, I'd own multiple suppressors for my guns. Of course, I'd have to buy barrels, ammo, and other accessories to do it. See where I'm going with this?

50-state reciprocity, on the other hand, would also do wonders for the gun economy in that people would need new, smaller guns to conceal, or new holsters, etc.

The numbers aren't that bad, are they?

Chances are good that you recall a record breaking month of May for background checks. Reports came in that the gun-slump wasn't as bad as we had previously thought and that there was nothing to worry about. And, if you believe that, you are right … to an extent.

A lot of the problems in this “down gun economy” stem from the staggering amount of guns sold in 2016 as we all prepared for what we thought would be another Clinton presidency. A couple things happened. First, 2016 was a record breaking year. Second, the gun shops stocked up on guns in anticipation of a mad rush which didn't exactly happen.

And, so far, they are saying that 2017 is setup to be either the second or third best year for background checks, which is an indicator that gun sales are also up when compared with previous years. So what's the problem? Well, there are a couple issues. One thing, is that these goods are being sold for so cheap just so they can be sold. People likely have to take a loss to do this.

They stocked up at a certain price, and need to sell products like guns, ammo, holsters, accessories, etc., at a lower price than would allow them to make money because there is no “need” to buy firearms right now. There is no gun-grabbing fear. Because of that, there is also no profit to be made.

When faced with a choice of dropping a product to the MAP (minimum asking price) just to sell, it's better than sitting on it because it allows you to free up some cash that was just sitting there.

The big boys, Ruger, S&W, Springfield, Glock, etc., are feeling it, but not to the point of going out of business. They can do workarounds to keep their manufacturing prices lower because they'll still be able to negotiate better prices on materials.

The smaller manufacturers, on the other hand, are taking it a bit harder. Because they cannot move as much product, smaller gun and gear manufacturers will take a hit and the unlucky few who timed the market incorrectly may be forced to close up shop completely.

While the numbers don't seem bad on the surface, there are a lot of the smaller companies who are facing hard times. I'm not just talking about smaller gun and gear manufacturers, but also gun shops. Will Cabela's and Dicks be okay? Yeah, more than likely.

But, Bob's Gun Shop on the other side of town? They're hurting. Small mom and pop holster makers? They're having to think outside the box just to sell a holster or two. I see it all the time. In fact, just this past weekend, I stopped in at a local shop who had a local holster maker there willing to form Kydex holsters on the spot for anyone who walked in.

The problem they face, is that it's the blind leading the blind because the shop itself only had a few people come through the doors. They are both hurting.

When compared with just two years ago, back in the fall of 2015, every shop I visited had zero AR-15 platform rifles in stock. Not one. Now, I go to the shop and there is a wall filled with them. They still sell, just nowhere near the rate they once did. That above photo at the top of this article was taken from a local gun shop, recently. That's just a small section of the wall that's actually about 30 feet long and 15 feet high.

It's a lot of rifles.

The fat lady's not singing … not yet, anyway:

I'm sure some social justice warrior will hit me over the head for that above sub-headline. But, that's okay.

Truth is, it's not too late. We can still make it out to our local shops and buy some ammo, that AR-15 optic, a new pistol, or anything else you've been putting off. In fact, there are some awesome deals out there right now, and it is technically a buyer's market. What this means is that the seller is likely losing money so try to keep that in mind before you try to haggle any further.

Go on, what are you waiting for? Go get that new gun before it's too late and the gun shop and smaller manufacturers close down, for good!

What do you think? Am I totally off base with this one? Let me know in the comments below.

Have you seen our new Brave Response Appendix Holster yet?