Join Our Newsletter
Shop Our Store
MAIN MENUMAIN MENU
By Joshua Gillem on May 10, 2019 in Firearms Ownership 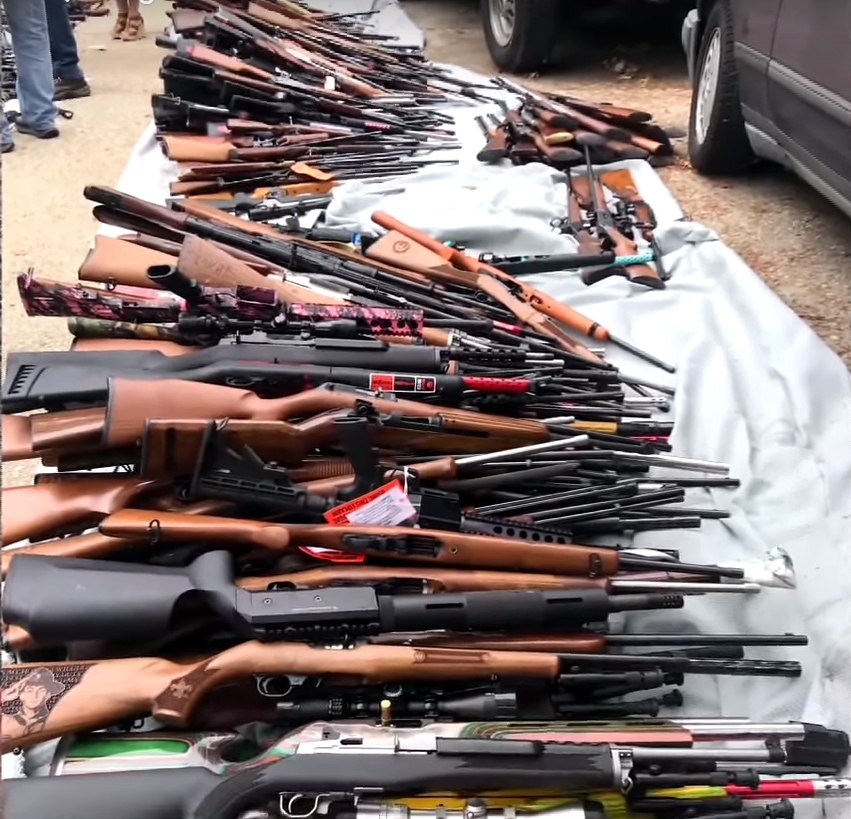 You've no doubt seen the coverage of the California gun confiscation. The dude who lived there had over 1,000 guns and apparently piles and piles of ammunition. This has raised a lot of questions and concerns about how much guns and ammo should one person have so I decided I'd attempt to answer it.

Before I go any further, let me state that this is MURICA and the amount of guns I own is nunya, as in none of your business.

More than that, however, let's take a stand on something here. I don't personally know that guy and have no idea why he had those guns. It could just be that he is a collector. After all, the news report said as much. Civil war guns are highly collectible and the guy may just have a serious hobby.

I'm not going to rush to any judgement, and neither should anyone else. I do want to point out here that the BATFE is investigating him on suspicion of selling guns illegally. If that's the case, that's not cool.

And it seems at this point that he was arrested for owning some “illegal” guns in California like automatic M2 50 cal Brownings based on one report I read, though it is not verified at this point so again, no judgement here.

Let me start by saying there is no such thing. The Constitution does NOT put a limit on such things and I could buy a house and stack guns from the floor to the ceiling in every room without breaking any rules.

My wife and kids wouldn't be too happy, but in theory, there is no limit on the amount of guns I can own unless I'm a convicted felon. Now, this guy lives in California and there's a good chance some of the guns he had were illegal to own in that state. For that alone he'll likely do some jail time.

But, what about ammunition? Is there any ban on the amount of ammunition I can own? I can't say what's legal or not in California. And I know there are certain states with some idiotic ammunition rules. However, there isn't anything in the Constitution that talks about how much ammo I can own, either.

You can store as much ammo as you feel necessary for your own purposes. When you consider that many gun owners say they own at least 1,000 rounds of ammo/gun just in case the doo doo hits the fan with many gun owners owning at least 10 guns … that's a decent amount of ammo per household.

And that's one of the great things about America, right? It's a protected right. At least it is for the time being. They're trying hard to change that–to which I point back to my guns and ammo which is why they're there to begin with.

If you haven't seen the video floating around on the internet, you can see one version of it, here:

What do you think about all this? Leave us your thoughts in the comments below. One thing is certain, it's unclear if any laws were actually broken or if things were being falsely reported on as some in the news media are guilty of doing. If no crimes were committed on the owner's part, the BATFE will have some explaining to do.

38 Responses to How Many Guns, How Much Ammo is Too Much?