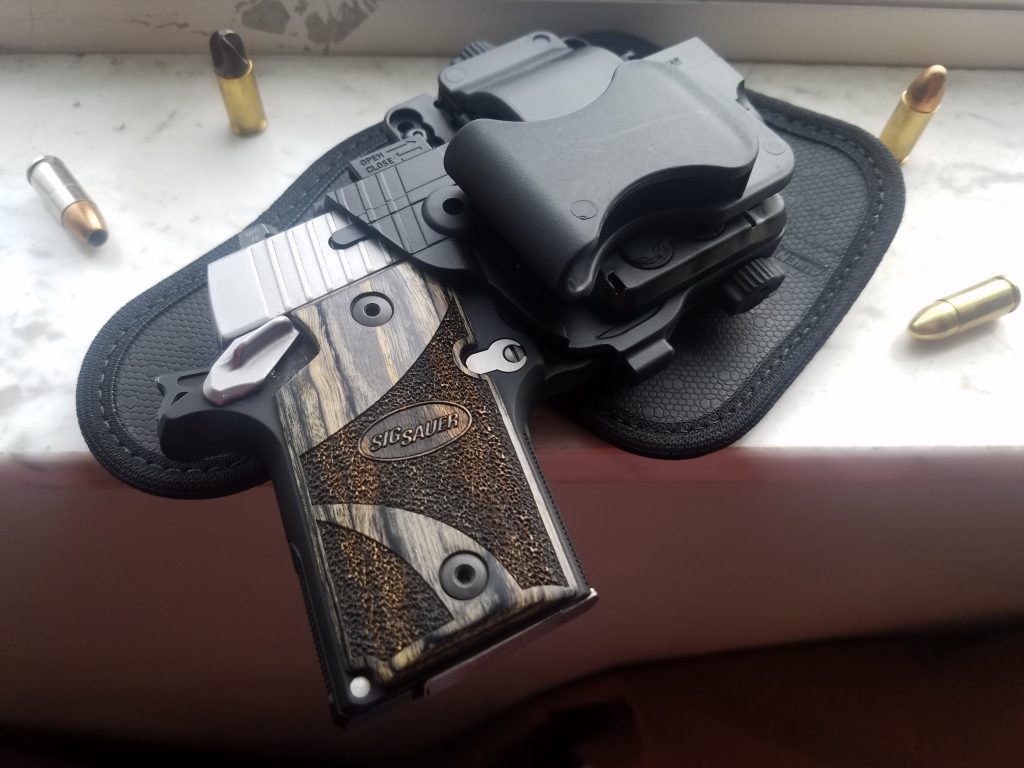 Two weeks ago I saw a comment on the internet from someone bragging about the gun he was interested in selling and highlighting that only two rounds had been fired through the gun, to date. To be clear, the two shots were fired from the factory, and not by him. Oh, and he'd been carrying this gun for a few months.

I've written about this topic heavily in a former publication of mine, but seeing that people are still doing this, I figured I'd take a different stab at it this time, and actually go over a timeline of sorts to help people know when they should start to carry their chosen EDC (everyday carry gun).

Before we go any further, let me make my point here and now, in case you decide to leave without finishing. Under no circumstances should you ever carry an untested gun. What this means, is that all the reviews you've read in the world will not make up for the fact that you may have a lemon on your hands. Or, that the gun you carry won't cycle your ammo. Let's get on with the rest:

Okay, for the sake of this article, and not taking up too much space, let's touch briefly on your gun. It is assumed that you have done the necessary research looking into a few different models and gun manufacturers. There are plenty of decent options out there, but you want to make sure you check out reviews. Don't just read one or two reviews, but scour the internet. Read through different thoughts from people, then check out some videos of the firearm being operated.

Then, you'll actually want to go to a gun range that rents guns to people, and shoot it. This is an often overlooked step that needs to be done because, how do you know if you'll actually like the gun if you don't try it out first? You wouldn't go to a car dealership and sign your life away without test driving the car you're planning to get, would you?

Here's a hint: You are entrusting your life to your gun. Make sure you shoot it, first.

I have a Sig Sauer P938, which we'll be posting a review on shortly. Did you know that manipulating the safety with the gun disassembled could cause the safety to come apart?

As a side note, I do believe that P238s are also the same way.

Anyway … one of my good friends (who also owns a gun shop) owns a 938, and he had no idea that this could happen. The difference? I read the manual, and he did not. Let this be a lesson, always read your gun's manual because it contains pertinent information like the kind of ammo that's recommended (think +P, etc), how to take the gun apart to clean, etc. Always read your manual no matter how many years of experience you think you have, you could always learn something.

(Please note that depending on how your gun ships to you, you may need to clean it, first)

Okay, so the gun you shot at the range, and the gun you actually brought home with you are two totally different guns. Are they the same model? Yeah, sure. But, they are not the same gun. They have different serial numbers, parts from different batches, etc. So, one of the first things you should do before you start to carry your gun, is actually shoot your gun.

In fact, I don't conceal and carry a gun until I've had at least 200 rounds downrange with no malfunctions. Remember, this is the tool in which you entrust your life. Don't you want to make sure it works? Some guns, like many 1911s, require a longer break-in period–like 500 rounds. That's okay, but make sure you're following the directions in the manual.

You'll also want to shoot your chosen self-defense ammo to make sure it cycles well. Not all ammunition will cycle in all guns. Make sure you're not trusting your life to something that won't work.

This is something that will become second nature to you. You should be able to clean your own guns and put them back together again. Some people find it therapeutic. I, personally, can't stand to clean my guns. I don't have much time on my hands, so, I do it as quickly and as efficiently as possible whenever I do it.

Something that I suggest to newer shooters, is that they clean their gun at the range if at all possible. The reason why may shock you. Let me tell you about a friend of mine, we'll call him Bob (not his real name).

One day, Bob went to the range and put a box of ammo through his newly acquired carry pistol. As he usually had done, he went home and cleaned his gun in his garage. The only issue, is that he missed a step somewhere along the way and didn't put his gun back together correctly. Nor did he perform a function check to see if it would still function properly, albeit dry.

He re-holstered his gun and carried it that way for a couple months before he went back to the range only to have nothing happen. We live not far from Philly, and he was working there the whole time, relying on his trusty concealed carry pistol to save his life, should the need arise.

Thankfully, that need never came. Remember, his gun didn't work and he would have gotten hurt if he was jumped in the city of brotherly love. If I remember correctly, and this was several years ago now, it didn't even fire the first shot. As you can imagine, that is cause for concern. The simple fix would have been to clean the gun at the range, and then fire off a few more shots.

I know, I know … it seems counter intuitive to clean a gun just to dirty it back up again. But, how dirty does a magazine make your gun if you're using decent ammo? Furthermore, most modern guns should work unless there is an extreme amount of carbon buildup.

After you've cleaned your gun a few times, and you know what you're doing, you can do it at home and just perform a function check afterwards. But at first, I recommend doing it at the range and checking it afterwards with a magazine worth of ammo. Heck, even just a few shots is better than nothing. Again, this is something you trust your life with.

Here's the deal, your holster is likely a piece of crap. Tell me, what good is it to go out and spend $600 on a good pistol only to go to Walmart and drop 15 bucks on a holster that could double as a turd? Nothing gets my drawers bunched up more than people complaining about a holster being expensive. You do realize that your holster is meant to hold your concealed carry firearm, right?

Don't mis-read what I'm saying here, some less-expensive holsters are fine. But many are not. Many of them are turds. We put together a comprehensive list of the best holsters we've tested in this article, check it out and buy a good holster. You'll thank me later.

Most of you will think I'm nuts for what I'm about to say, and that's okay because this is what works for me. Whenever I get a new holster or gun in to test, I actually carry it–unloaded–around with me in my home for about a week before I start to carry it outside my home.

During that time I practice drawing several times per day, dry-firing with it, and getting used to wearing it. Right now I'm testing an Alien Gear Appendix setup (pictured above), and I don't usually carry appendix. It feels strange to me, so this is a perfect example of how I pre-test a holster/gun combo before I ever wear it outside of my house.

As a side note, I do carry a loaded firearm on my person while at home. It wouldn't make sense to carry my normal EDC gun/holster setup at 4 ‘o'clock (Inside the waistband) with this new rig in the appendix. That would negate what I'm doing when I start to carry this gun outside of my home. So, I drop a pocket holster in my pocket with a small gun that I don't even notice. That way I'm still armed to defend myself and family, but it won't get in the way of my unloaded practice gun.

Now it's your turn to chime in. Is there anything else you'd add to my concealed carry timeline? Let me know in the comments below.  And remember, because it bears repeating, never carry an untested gun with untested ammo in a crappy holster. This is your life we're talking about here.