Join Our Newsletter
Shop Our Store
MAIN MENUMAIN MENU
By Matthew Maruster on January 10, 2018 in Training

*Podcast Alert: In episode 4 of The Concealed Carry Podcast we go into more depth on this topic. Listen here. 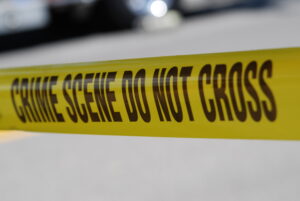 There are some topics that can't be covered enough, and this is one of them. In my concealed carry classes, I point out the importance of understanding the reason WHY we use deadly force, not just HOW to use deadly force. I find that the mental component of training to shoot the target is often neglected in favor of the physical aspect, like the mechanics of shooting. Both are critical. Leaving out a huge part of the formula sets people up for failure.

Why We Don't Shoot To Kill:

If you think that defending your life with a firearm means you shoot to kill, you are unequivocally wrong. Here is why–

Next, what is our goal? Also straightforward: to stop the threat. The phrase “TO STOP THE THREAT,” should be one that is not only ingrained in your vocabulary but one that you truly understand. 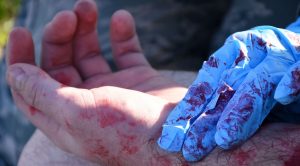 Shooting To Kill, is a philosophy that is fundamentally wrong.

It's Just Semantics, Deadly Force Is likely to Kill the Attacker:

Words matter, especially when they are used to piece together the facts of an incident. In court, your words, are used to paint a picture of your character and your motivations, whether you like it or not. You can use all the expletives you want, but this fact doesn't change.

We all concede that using deadly force could result in the death of the person we choose to use it against. But an understanding of handgun ballistics will reveal that gunshot wounds from handguns are not 100% fatal. So again, concluding that because you shoot an attacker with a handgun, you intend to kill them is wrong. 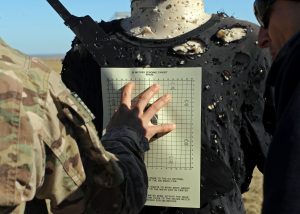 Yes, we target large areas of the human body. This does not equate to an intent to kill.

Now, there are certainly times when a shot that has a higher probability to cause death is necessary. Think of your hostage situations, or when the attacker is wearing body armor and targeting other areas has no result. But even when targeting these areas, the rationale is that other methods would not be successful in stopping the threat in sufficient time. These are atypical situations and require justification as to why shooting the brain-stem was reasonable.

I'll Just Unload on The Attacker Until I'm Out of Ammo:

This is a problematic philosophy which shows the lack of understanding of the dynamics of a deadly force encounter.

While there are certainly times when shooting until the gun is empty is necessary, blindly unloading every round not only places you at a tactical disadvantage, if another threat appears, but doesn't account for the fact that you must reassess to determine if your shots are having any affect, or if deadly force is still appropriate.

For example, 1 shot may be fired or 3, 10,12, etc. shots may be fired. The point is not the number of shots, but that once the threat was stopped, we stopped using deadly force. If one shot stops the threat and the subject survives, outstanding. If the subject does not survive, that is a possible outcome, and both are out of our control.

Stopping the threat may require 0 shots or 150 shots. But simply unloading until you run dry is not necessarily the best course of action.

The reality is when someone chooses to inflict death or serious bodily harm against another, s/he is choosing to place his/her life at risk. They accept that someone may use deadly force against him/her in return. As law abiding citizens carrying a firearm for protection, we are not the ones determining when we will be obliged to use deadly force. It is the criminal who makes that decision.

Agree or Not, This is Reality:

None of this precludes you from using deadly force that results in the death of the attacker. If after reading this, you think that, you missed the lesson, and it's important you get it. The reason is that not only will your actions prior to and during the deadly force incident be scrutinized, but those statements that you shot the threat to kill him/her. If you have made these statements verbally or on social media, stand by for a very difficult defense, especially during the ensuing civil case that is sure to follow.

Sure it is your 1st Amendment right, no one is arguing that. But you also have to live with the ramifications of your choices. Criminal and civil defense attorneys cost a lot of money. Don't believe me, call one and ask how much they will charge to defend you. While you're at it, ask them if they think it would complicate your defense that you told the police you shot the attacker to kill him, and that your facebook page is littered with posts saying its your right to kill anyone who attacks you. If saying ‘I'll kill anyone who attacks me' somehow reaffirms your freedom, standby to observe the freedom that someone has to present your words in court against you painting you as a violent person. 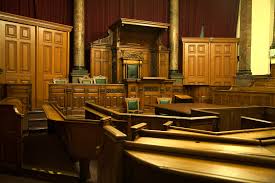 The less time you spend in a courtroom, the better for you sanity and wallet.

Additionally, if you understand and live with this reason of our intent of using deadly force, you are much more likely to be on the right side of the law and morals when it comes to your application of force. As always, stay safe and stay alert.

28 Responses to Why Do We Use Deadly Force?