Join Our Newsletter
Shop Our Store
MAIN MENUMAIN MENU
By Joshua Gillem on October 23, 2020 in Safety 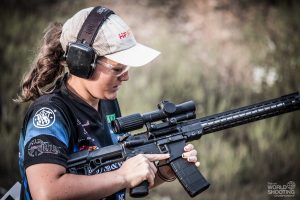 In continuing on with our series about gun safety and the rules needed in order to be safe, we move on to rule number 3. Some housekeeping to make sure we're all on the same page, this series is necessary for new gun owners and those of us who take gun safety, as well as training, seriously.

I hope that's all of us.

This rule shows the world around us that we're being safe with our guns with visual proof. People around us can see that our finger is not on the trigger unless it needs to be.

The thought behind this stems from the whole idea that something needs to push on the trigger in order to get it to fire. This is a true statement 99.99% of the time, and I suspect that the only time it isn't true is if you've got a faulty gun which is certainly a rare occurrence.

But because most of the time that thing pushing on the trigger is your finger, it's safest to keep your finger away from the trigger as much as possible so that you don't accidentally push on it, causing the firearm to discharge potentially hurting you or someone else.

Now, before we move on, I do want to say that there is a safe way to be on the trigger, but you only do so when you are on target. This is basically called “prepping the trigger” and it happens when you take up all the slack on the trigger and rest on what is known as the “trigger wall.”

Again, you only do this if you're on target either in a defensive situation, while at the range, or if you're dry fire training in the comfort of your own home.

I go into more detail on the trigger wall and how to practice getting to it in this article, that has an embedded video from the guy who taught me in an in person class I took. By the way, doing this in your shooting will also help your accuracy out.

Getting back to safety and rule #3, almost all unintended discharges of a firearm can be prevented by following this rule. I say “almost” like that because there are those times where it's not a finger that hits the trigger, it's something else like a piece of clothing or a holster.

These are things that you must avoid at all times, lest you unintentionally shoot yourself in the thigh or crotch.

That “fire” doesn't matter if you're at the range actually shooting, practicing your dry fire in your house, or are about to defend yourself. Just make sure you're ready.

Next, check out the Barrel Blok to give more visual proof that the gun is safe.