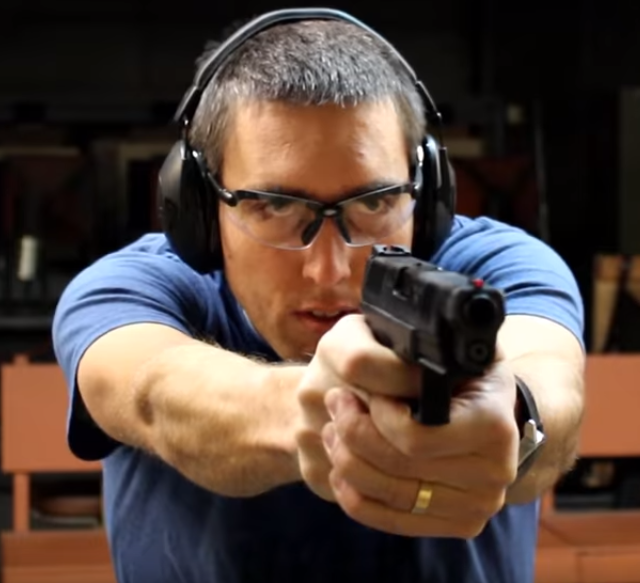 It occurred to me recently that we don't have many articles about gun safety on our website. We've got a few here and there concerning kids and guns and a few others, but none that talk about the gun safety rules, specifically.

In a recent meeting between Riley, Jacob, and myself, we came up with new wording for the gun safety rules that will hopefully be more easily understood by newer shooters.

The rules still pretty much mean the same thing, but they now (hopefully) say more. It was not necessarily our intent to re-write the rules, but to make them clearer and more encompassing.

The part in bold is what we came up with in the meeting, and the part underneath is my lame attempt at explaining it.

1 – Know the condition of your firearm and always treat it as a potentially dangerous tool.

We should always know the condition of our firearms. Are they loaded or not? Also, we should always treat it as a potentially dangerous tool. The moment we grow complacent is when mistakes happen. This involves having a certain amount of respect for your guns and what they are.

This also includes other guns. I once had a fifth rule that was actually ingrained in me during my stint in my Beloved Corps. That fifth rule now falls under Rule #1: Always check the condition of a firearm you're handed or are picking up.

And of course it hopefully goes without saying that if you hand a firearm to someone except under very strict circumstances, you should open the action to check the condition, and leave it open as you hand it to them.

2 – Always be attentive when handling a firearm and know where the muzzle is pointing.

We should have a different demeanor whenever we're handling our firearms. We should always be attentive, alert, paying attention. This involves knowing where the muzzle is pointing at all times and not pointing it at something you're not ready to shoot.

3 – Keep your finger out of the trigger guard unless you are on target and prepared to fire.

4 – Identify your target, all surroundings, and be prepared for changes.

This was the trickiest of them all. The identifying your target part was the easiest section, here, but the old rule isn't in enough depth.

What we're trying to drive home with the rest of this is that you should be aware of all surroundings, to include around your target, around you, anywhere else in between and beyond. You should also be prepared for changes to happen.

Firearms safety is important which is why there are rules to begin with. Violate them at your own risk. Let us know what you think about this, in the comments below.