Join Our Newsletter
Shop Our Store
MAIN MENUMAIN MENU
By Matthew Maruster on May 13, 2022 in Opinion

Like so many other products, ammunition prices are higher than they were pre-COVID. What people wonder is if the cost of ammo will ever come back down. I know I can’t definitively answer that question.

However, we may get closer to the answer by first looking at the factors affecting ammunition production costs. Then, with that in mind, we can look at ammo prices over the last couple of years and look for trends or patterns.

Lead is the material used in most cartridge projectiles (bullets). Lead refinement dropped over 2% in 2021. This drove the cost of refined lead used in bullets up over 20% according to Global News Wire.

Manufacturers use many types of materials in the production of cartridge cases (shell). Most commonly brass, aluminum, or steel. It's possible to reuse cartridge casings, but this is a cost factor in new ammo production. As you might guess, brass and copper costs and demand rose over the past few years.

The individual components used in the propellant of ammo cartridges are also in high demand. Further complicating the issue is that much of the material used in powder comes from eastern Europe, which is currently affected by war.

The primer is the component that, when struck, gets the firing operation started. Russia, Italy, the Philippians and the Czech Republic are the primary locations that produce ammunition primers. The cost of anything imported rose along with shipping and import fees.

Let's not forget that a manufacturer must take the components and assemble them, then bring them to market. Government shutdowns slowed production and increased energy and transportation costs eventually get passed onto the consumer.

In summary, everything that goes into making ammunition got more expensive, so it's no surprise that ammunition costs went up. If we throw an influx of new gun owners, widespread violence, and the election of an anti-gun president, you have a perfect situation for increased costs. And I would be remiss if I didn’t mention that price gouging business owners seized the opportunity for the sake of filthy lucre.

The question is how much or by what percentage did they go up? For that, we can look at historical price data. 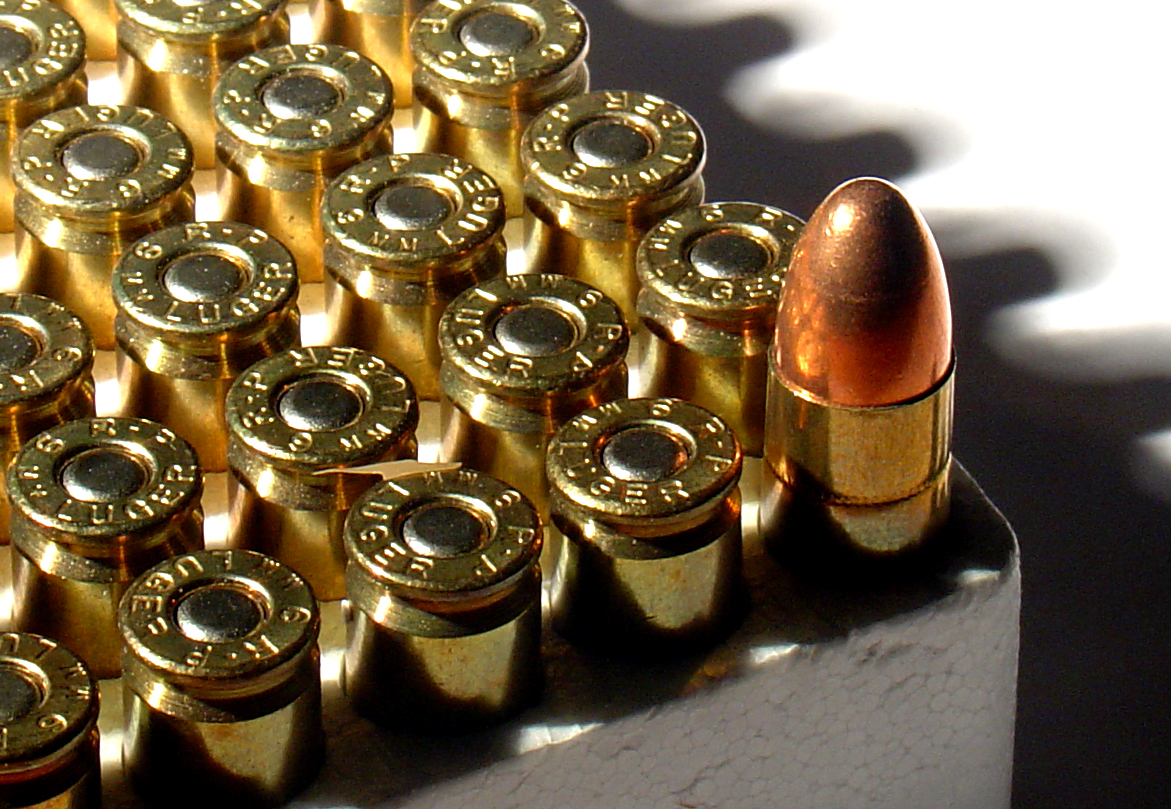 I've pulled this info from two websites. One called “Ammopricenow,” and the other “GunDeals.“ Using data from both sites provides price data on center fire and rimfire rifle and pistol ammunition all the way back to September 2006.

GunDeals raw data gives us pricing data from 2006 to 2017, and you can access the raw data here.

The price of ammunition rose considerably from 2006 to 2009. Prices dropped in 2010 and jumped dramatically in 2013. Some events that might have been factors in the ammunition price jumps are the 2008 presidential election and major mass killing events in 2009 and 2012. Whenever there is strong anti-gun rhetoric, gun and ammo demand rises, increasing prices. I'm not saying these are the sole reasons for the increase in price, only that they may be significant factors.

Ammopricenow provides a snapshot of pricing from 2020 until now. The chart seems to show that ammo prices peaked in August through October 2020, and again In January to March 2021.

In September 2020, the supposed death toll in the US passed 200,000. The media made much of this milestone leading up to the election. It was in October that President Trump tested positive for COVID. Riots plagued the US starting in May 2020. But in August, violence from rioting kicked off in Kenosha, Wisconsin.

The political divisiveness in the 2020 presidential election undoubtably contributed to increased prices by fueling gun and ammo sales.

Again, let me say these are not the sole reasons for the increase in price, only that I believe they impacted pricing. 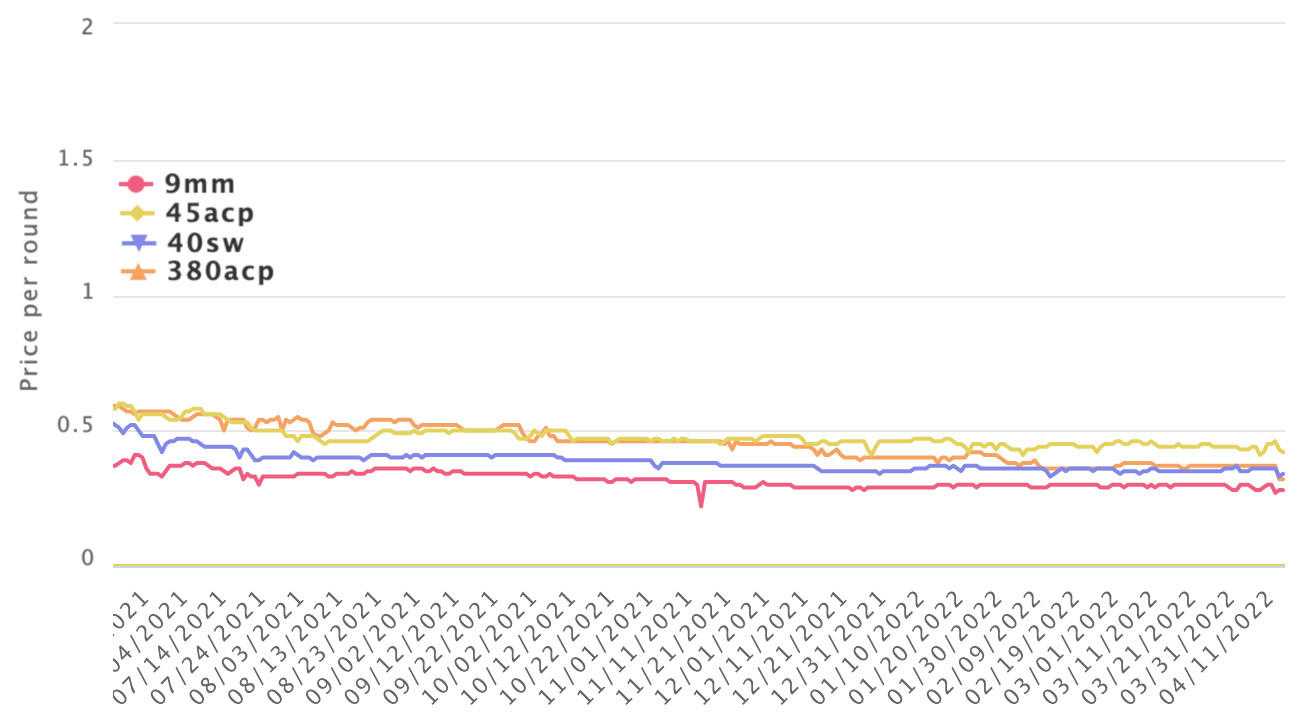 It looks like in May 2020, prices started falling and have stabilized somewhat, but remain higher than pre-COVID pricing.

For example, the average cost was 0.18 cents per round before COVID, and is currently about 0.28 cents, an increase of about 56%.

Will Ammunition Prices Come Down?

It's hard to say. For almost a year, ammo prices have fluctuated little, which is a good thing. However, rising inflation and energy costs are likely going to factor into an industry price increase.

Here is a post with ideas to help you get the best price possible when buying ammunition.

Another cost-effective option is to leverage dry fire practice.

Here is a post that explains all the different tools you can use to get the most out of dry fire practice.

An often overlooked product is a laser training cartridge. You insert the caliber-specific device into your gun and each time you pull the trigger, the striker or firing pin activates a laser pulse. Double action guns are the best because you don't have to reset the striker. Nevertheless, laser cartridges are a fantastic dry fire tool for single action, semi-automatic handguns. I use mine with LASR software and find it to be invaluable. You can get more ideas of how to use a laser cartridge with LASR software by following along with the monthly Shooter Ready Challenge. 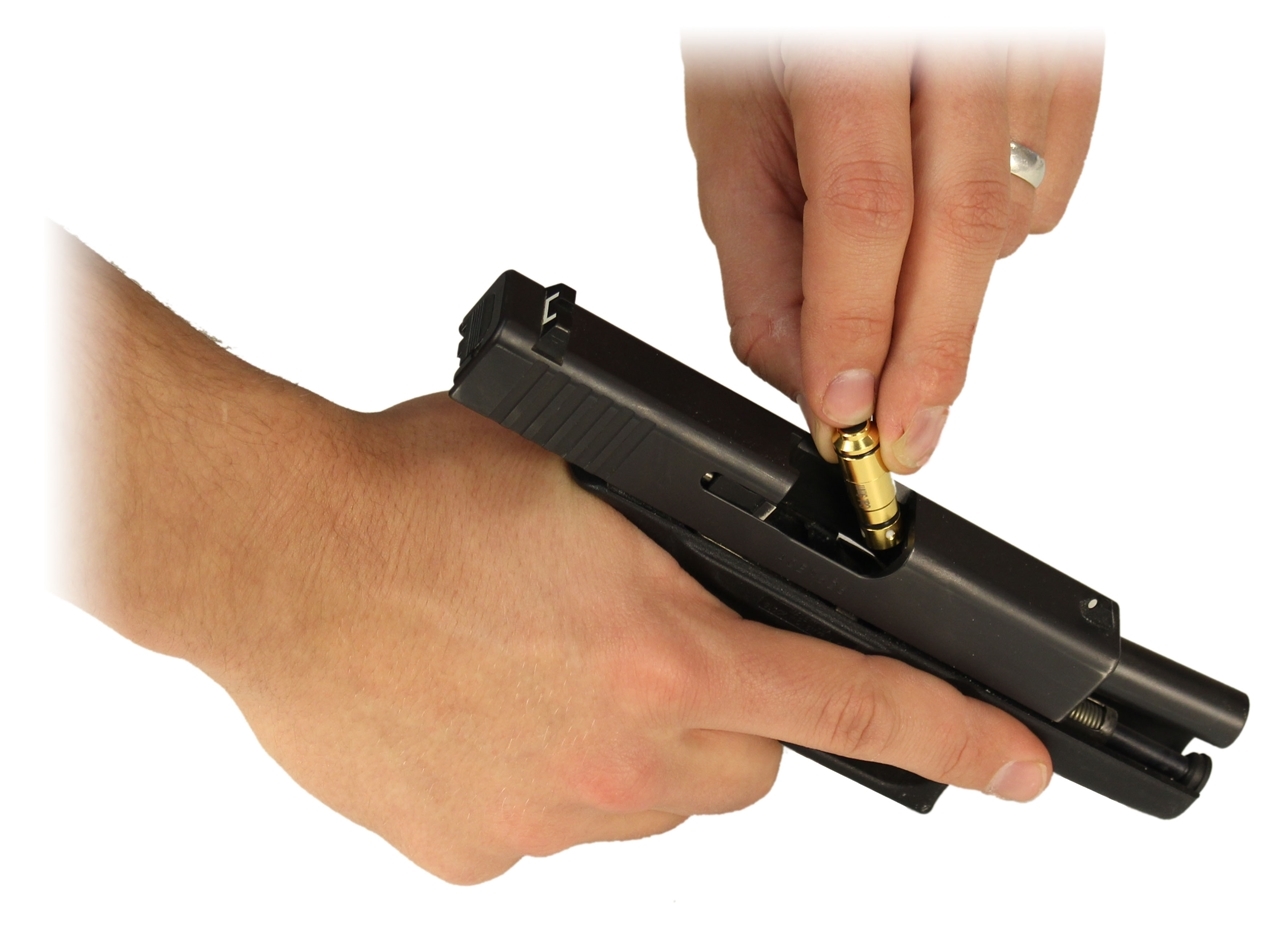 S6E8 – How Good is Good Enough?
I Don’t Carry Because Too Many Places Prohibit Guns