In a June 23, 2021 address, President Biden and Attorney General Merrick Garland delivered remarks on the administration's strategy to prevent gun crime. There is much to dissect in what the president said related to the future of gun rights. I will not examine everything the president said during the address because there is a lot. I do, however, want to point out a few statements I found “interesting.” 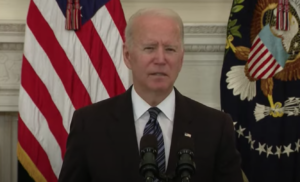 The thrust of the plan rests squarely on, you guessed it, guns and the Second Amendment. More specifically, how inanimate objects are the root of the problem, and the president's explanation of a Second Amendment not found in the United States Constitution.

Both the AG and president pointed out that federal firearms dealers (FFL's) have a role to play in keeping guns out of the hands of those who shouldn't have them. The president presented the following statistic:

90% of the guns recovered from crime scenes, were traced as coming from 5% of FFL's

Now I don't have anything to refute that claim, so let's take it as truth. If that is the case, wouldn't it be a massive win if the ATF used its authority to enforce existing laws that govern FFL's and firearm transfers instead of diverting their apparent limited resources to reinventing definitions to criminalize the law-abiding? 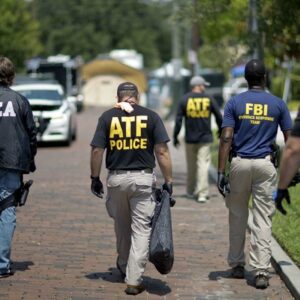 I know it seems too simple, but perhaps that's why it would affect. We often pass over simple solutions because we want to be revolutionary. The ATF has the authority to prosecute and regulate FFL's as well as those making straw purchases or by lying of the ATF Form 4473. Now we're told that 90% of crime-scene guns have a link to the ATF's ineffectiveness. Admittedly I am not a genius, but I am not sure how taking away your's or my AR-15(s) would impact guns used in crimes.

Nevertheless, they brought out the usual boogeymen. Ghost guns, magazine limits, and stabilizing braces are things a civil society just can't tolerate. But, unfortunately, no one presented statistics on the number of crime-scene guns equipped with stabilizing braces. And we weren't privy to any data explaining how limiting a magazine to 9 rounds from 10 rounds would save lives.

But you know, that was never the point. Anyone who honestly looks at these ideas knows these measures have zero effect on reducing violent crime. For some reference, here is an explanation of what stabilizing braces are.

We Get It, Deer Don't Wear Kevlar Vests:

The president commented on deer not wearing kevlar vests. He apparently thought this was rather witty because he said it two times. Both times it was to substantiate his assertion that Americans “don't need a gun that holds 30, 40, 50 or 100 rounds.” 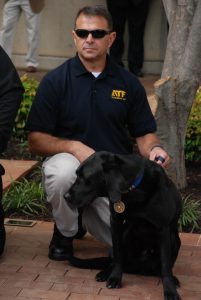 The speechwriters need to be aware that the Second Amendment doesn't give us the “right to hunt deer.” Sure, no one dumps 100 rounds of 5.56 into a deer. You probably wouldn't be able to eat it, and that much ammo would be expensive. However, people have guns that accept magazines of 30, 40, 50, or 100 rounds because…well, reloading while your attacked sucks. Magazine limit restrictions are just one of many feel-good, do-nothing efforts politicians use that appease the base. Here is a post on why magazine limit restrictions are worthless.

No Do-Over's On The Second Amendment:

At one point, the president needed to address the elephant in the room. They must have thought, we simply can't push for all these ridiculous gun laws. Especially in light of the Second Amendment and the case law supporting the individual's right to possess firearms in common use for self-protection. So instead, the president created a phony second amendment.

I must say, it seems convenient, but at least as of the time of this post, the president can't unilaterally change the Constitution. No matter how fantastic his son's artwork is. 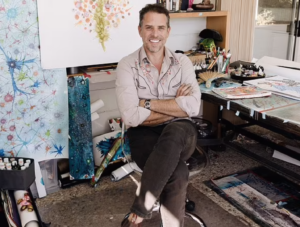 Hunter van Gogh – let's hope he keeps both of his ears attached.

I might add that the Second Amendment, from the day it was passed, limited the type people who could own a gun, and what type of weapon you could own. You couldn't buy a cannon

What? Here is the real Second Amendment that the rest of the country uses:

A well regulated Militia, being necessary to the security of a free State, the right of the people to keep and bear Arms, shall not be infringed. 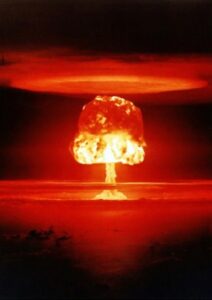 The President said What?

A part of the text takes on particular importance when we look at what the president said immediately after presenting a false amendment. The portion “being necessary to the security of a free State” is the reason. And, as I mentioned, this includes security from a government that wants to remove that freedom. The president went on to say:

If AR-15's are useless against a government, then why is it a prerequisite that ALL totalitarian regimes disarm their people? It's pretty obvious. An armed society ALWAYS has the potential to resist authoritarian and oppressive governments. Unarmed people can not.

Mediocraties like Eric Swalwell said something similar a while back. He is an abject failure and embarrassment, so we may look past his words about using nukes against American citizens. But even though the president probably doesn't understand the offensiveness to what he said, the people writing the speeches know exactly what it means. And these are the people who are influencing policy that the president mindlessly stands behind.

And while we're at it, didn't we just live through the most violent domestic terrorist attack in the history of history. You remember. That one time a couple of thousand people led by a dude in a Viking helmet forced their way into the capitol building without any weapons?

Wasn't it a governmental law enforcement officer who shot and killed an unarmed “domestic terrorist?” 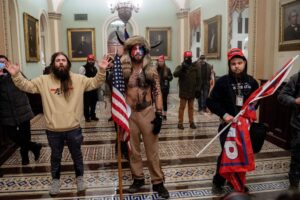 If the government is still traumatized by a couple, thousand unarmed citizens, you know an armed citizenry terrifies those who crave total, unchecked power.

In no way, shape or form am I calling for any violence toward anyone specific or the government in general. If you glean that from this post, you're dead wrong. Instead, I am saying that the Second Amendment is a critical guardrail against a government that would even contemplate or mention the use of nuclear weapons against its people.

I Agree With the President On This:

Lastly, I want to agree with the president on one point. He mentioned a Chicago program that showed when high school children held a summer job, had an adult mentor and behavioral therapy, the city had a 45% reduction in violence. Jobs, yeah, work provides purpose and self-reliance from the government. Let's get people working rather than collecting free governmental handouts. Adult mentors, again the benefit of positive adult role models, are critical to youth success. Why are we encouraging lawlessness, disrespect of authority, and promoting single-family households? These things are destructive to children and society. Every fair-minded person inherently knows this, and it isn't wrong to acknowledge its truth in public. 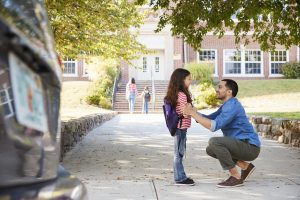 Fathers are an important factor in the success of a child. Being a dad is a blessing and privilege, no matter what popular opinion may suggest.

The president frequently uses the phrase “look, here's the deal.” But, of course, there isn't any “deal.” The phrase is simply a transition to “I have finished explaining myself, that's just the way it is going to be, so accept it.” Except it isn't the way, it is. So he can't wish the Second Amendment into saying what he wants it to say.

We are not the Problem:

As I referenced above, it is estimated that there are 72 million citizens in the country. Additionally, Americans own anywhere from 5 to 10 million AR-15's, and around 300 million firearms total. Can you really say guns are the problem? I mean with a straight face and mean it?

The quotations are taken directly from the president's own words. The rest is my opinion, of course. Agree, disagree; it's all good. Let's hear your rational comments.