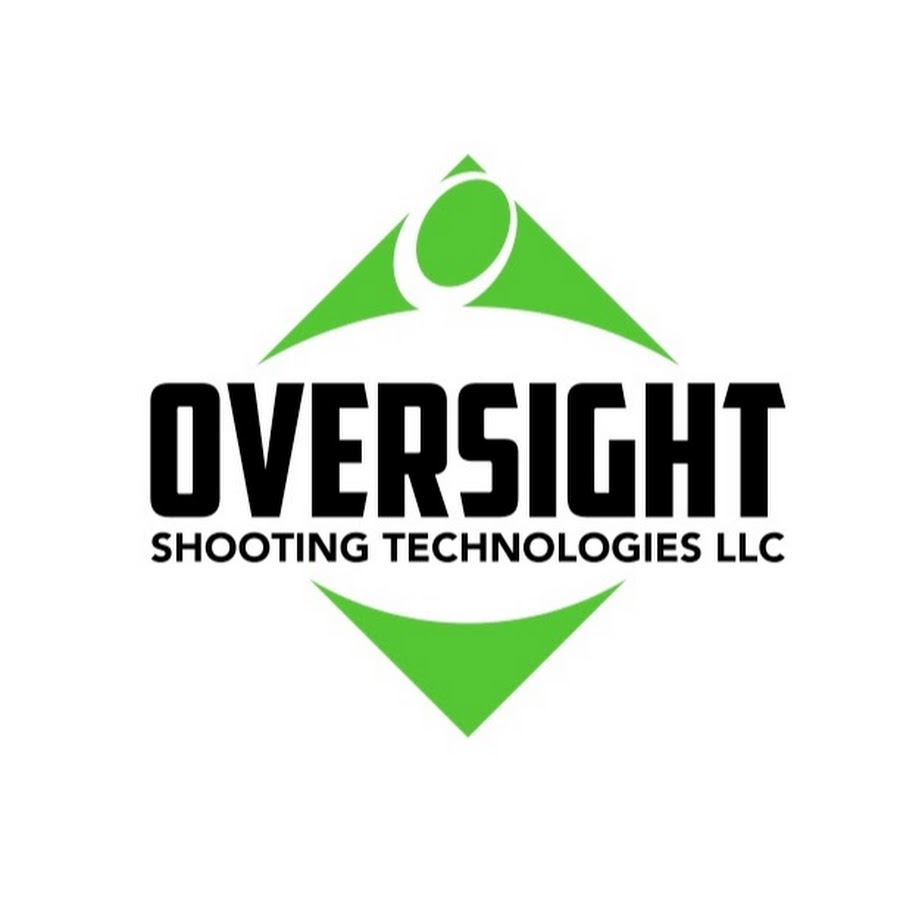 Over the past year or so, I have made it my mission to investigate many different options for self-defense pistol sights.  There are several intriguing designs I have tested and evaluated over that time.  My testing and evaluation of these sights would be lacking if I did not include the See All Open Sight from Oversight Shooting Technologies.  This sight has a unique design that is tritium lit and made for pistol or rifle application.

The See All Open Sight's Design:

The See All Open Sight design is unique and I can best describe as a cross between iron sights and a red dot RMR (Ruggedized Miniature Reflex).  It uses either a crosshair or delta reticle, depending on your preference, with the image of whatever you choose being magnified in the rear sight.

The point of impact (POI) is the top point of the delta reticle or centered crosshair.  I chose to test the delta reticle style because I find that the delta reticle shape is intuitive for me.  The sight is tritium lit so it can be used in low light applications.  The sight is fully adjustable with included allen keys.  It looks like it is fragile, but I did not try to destroy it (my sight is a loaner from Oversight) but after researching it a bit more, I found that it is nearly indestructible.  It sustained impacts, extreme temperatures and even being run over by a vehicle.

I installed the one I was sent on my Glock 27, and it was not difficult to put on.  Here is an up close shot of this new pistol sight on my Glock: 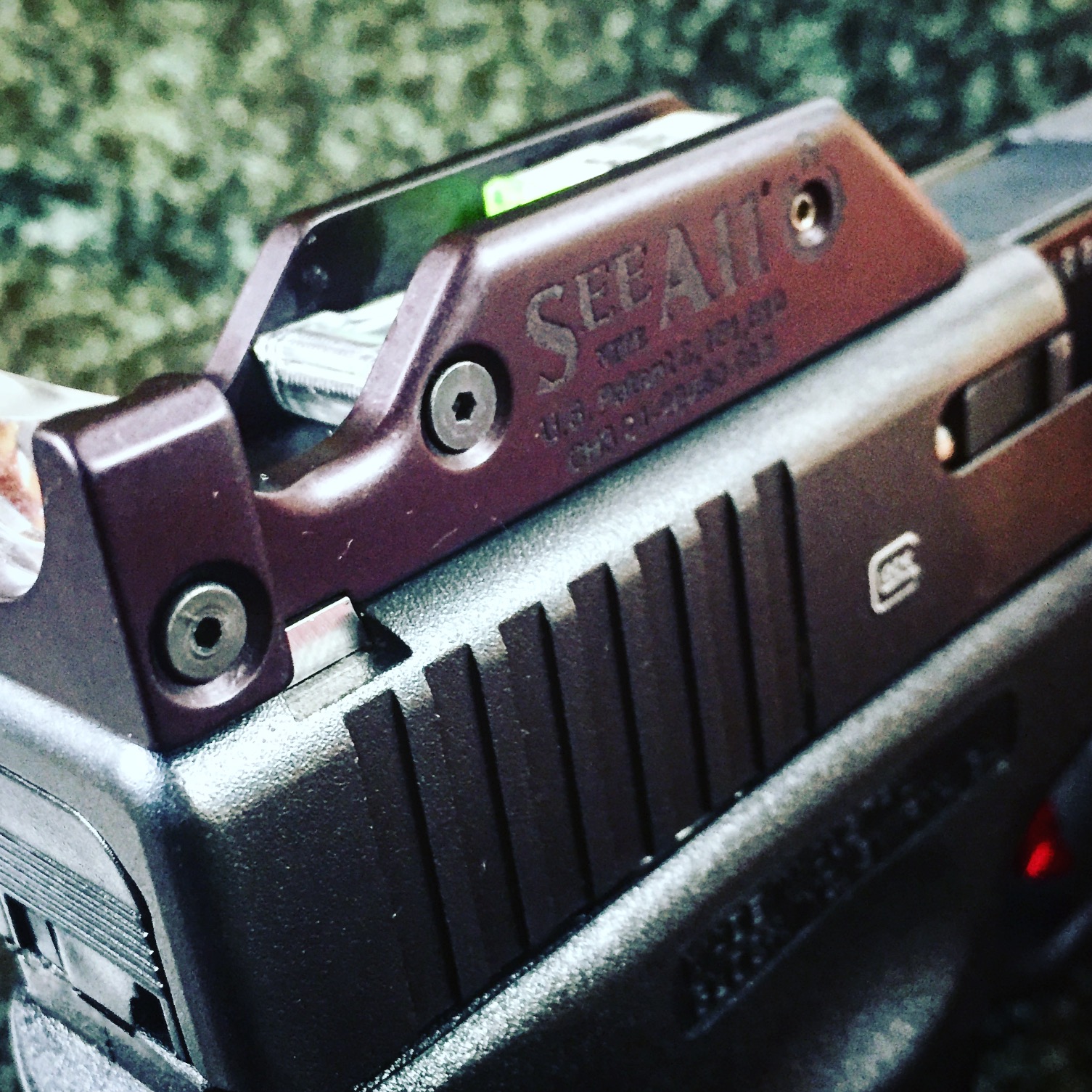 I mentioned a second ago that it's easy to put on, here is a short version of the process: It uses a block that slides into the dovetail notch on your slide.  The unit then slides over-top of the block, and a set screw attaches the sight to the block.

Initially it was hard to get used to and I had some issues giving up the idea of having a traditional front sight for a reference point.  I mentioned above that the See All is a cross between an RMR and iron sights.  Unlike an RMR that can be co-witnessed (the ability to have both RMR and iron sights available) it does not allow for co-witnessing. In fact, you don't use an iron front sight with it at all, as you wouldn't be able to see it anyhow.  This may be a drawback for someone installing it on a self-defense gun.

While there is no battery to fail, and the sight seems nearly indestructible, there is some peace of mind having some iron front and rear sights if all else fails.  This is probably not a deal breaker for many.

I mentioned that it was difficult for me to get used to shooting with it.  I spent some time dry firing and working on getting good sight alignment with it and after about 30-45 min I began to feel much better as I acquired the reticle quicker and was able to place the tip on the target.

It definitely took some re-programming of my brain to feel comfortable using the sights.  I feel that if someone has been shooting an RMR sight for some time, the transition to the See All would be easier than someone who is accustomed to iron sights.  One thing to note is that if you are a shooter that closes one eye to aim, it will be harder to acquire the reticle.  Using a sight like the See All really lends itself to shooting with both eyes open.  I feel this is a good thing, and definitely not a drawback to the See All. 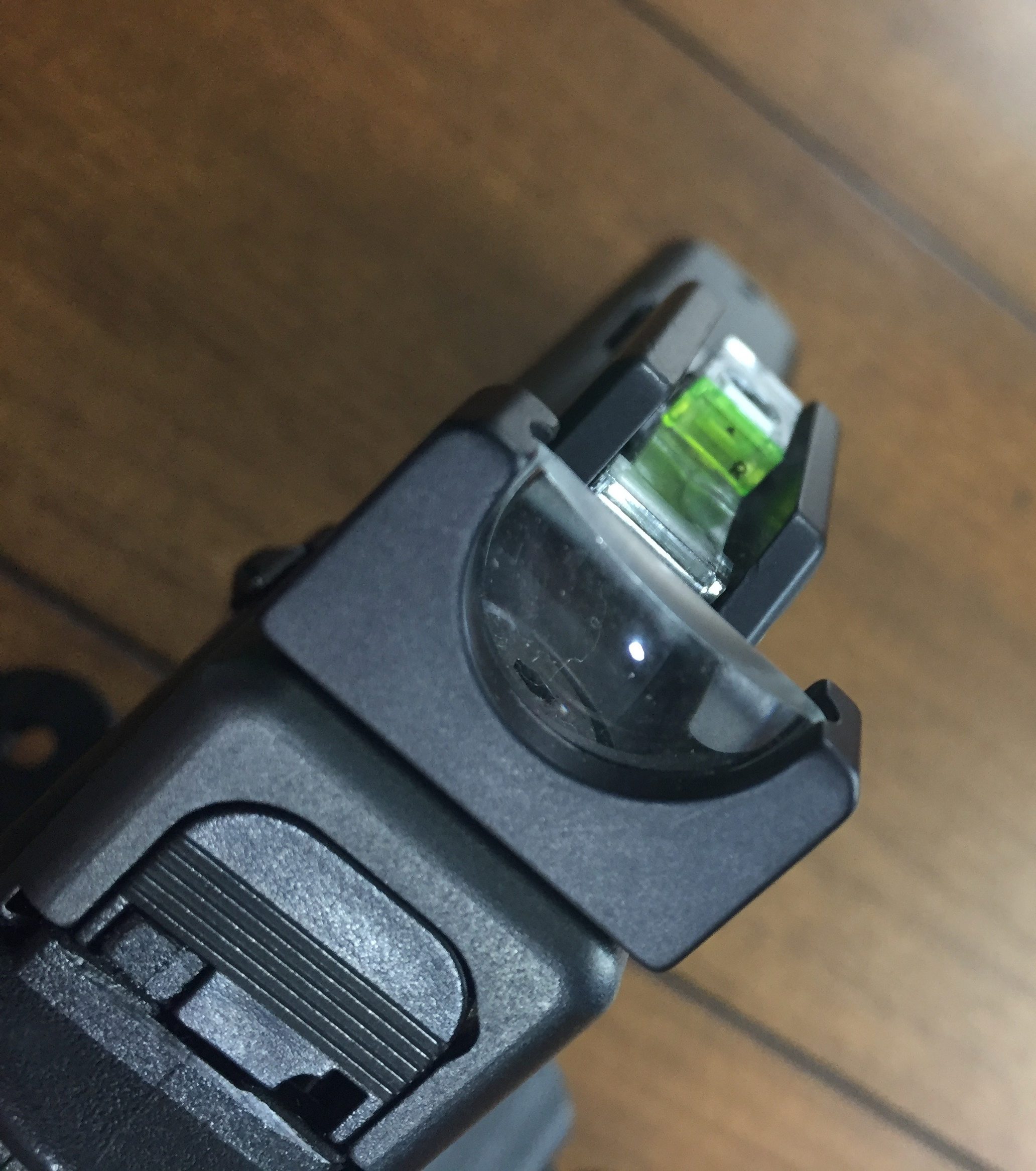 I compare the See All a lot to RMR type sights because it really is most comparable to them, even though it is not a true RMR sight.  One thing to note about its design is that the front sight will cover part of the target.  The way the sight works is that the top tip of the delta reticle is your point of impact (POI).  You cannot see anything below the top tip of the delta reticle, so part of your target will be obscured, as opposed to a true RMR that allows you to see below your POI because your POI is just a glowing dot.  Some may not find this an issue, and for me, it was not a deal breaker, but I would definitely prefer a sight that does not obscure the target. 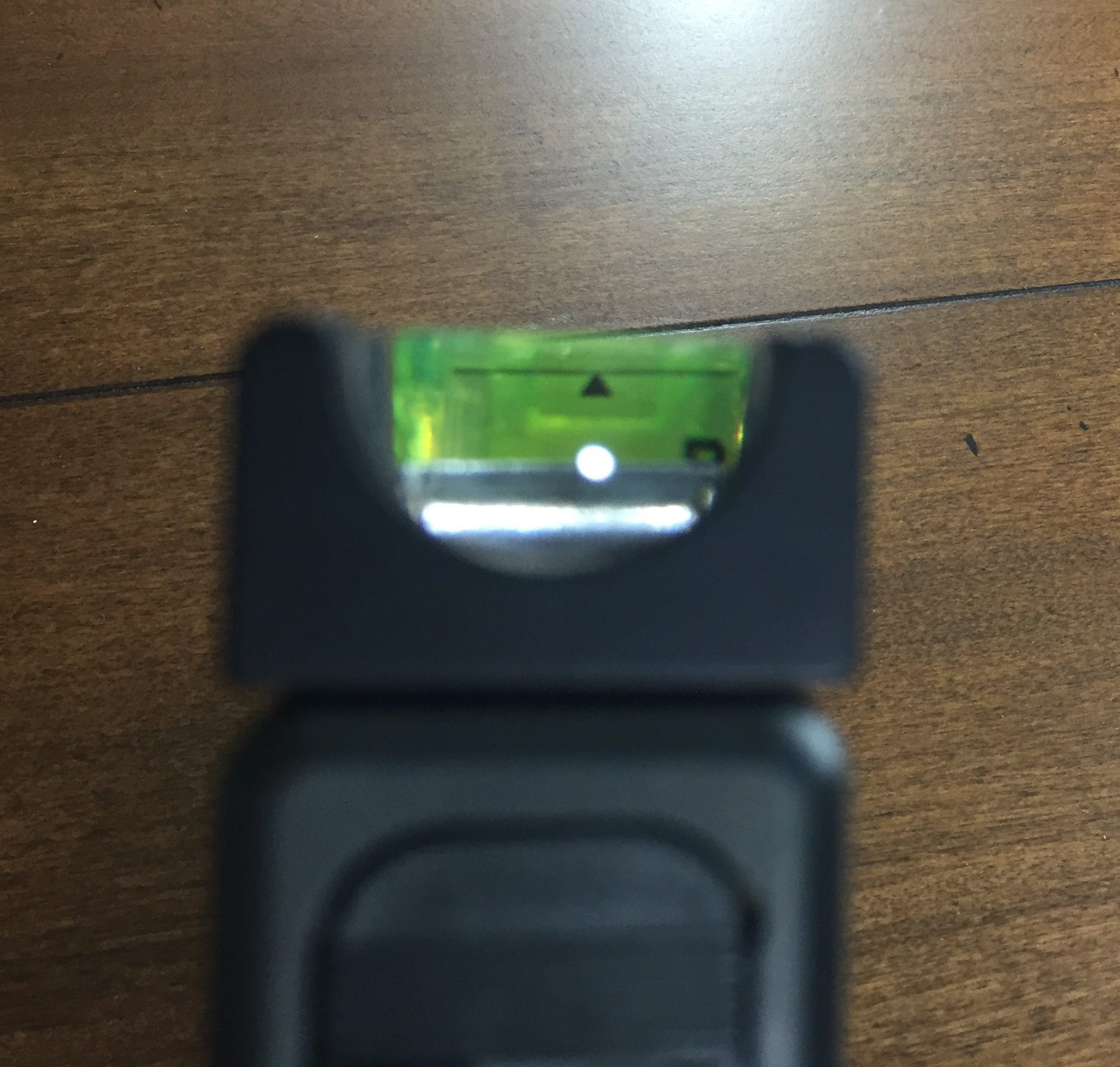 The delta reticle was easy to pick up in bright light, and I found no glare on the glass.  The tritium in the See All worked great.  I was able to easily acquire the sights in extremely low light.

I had to make some adjustments to it out of the box for accuracy.  The sight is fully adjustable for windage and elevation, but you have to take your time and be patient with it.  There are no clicks, just a screw which is turned with an Allen wrench.  So you have to make sure you make your adjustments incrementally instead of making drastic zero changes right away.  That being said, adjusting it is really easy and there was no problem getting them dialed in.

Once I got it all dialed in, I ran around 200 rounds through the gun.  I have to say towards the end I was getting pretty fast at acquiring the sight.  Comparing it to other designs, I found the See All a little bit more difficult than other designs to get used to. 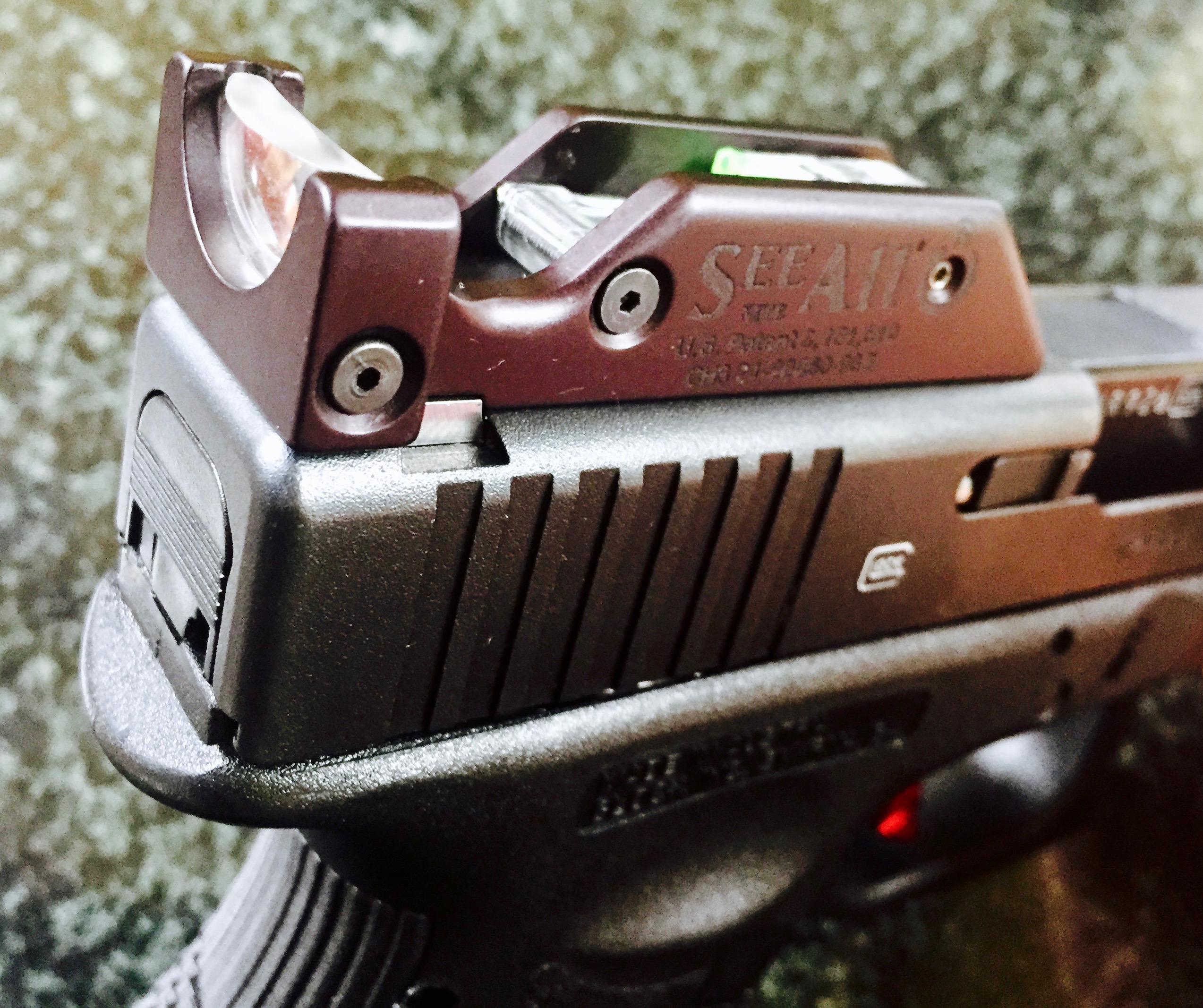 See All Open Sight on a Glock 27

So, all in all, I can definitely say that the See All Open Sight is not only unique but also functional.  It has some really good things going for it, in the fact that you can use it across multiple platforms. It is tritium lit, so no battery issues, and is simple to install.  You can save a little money because the unit does not require slide modifications to be installed.  It is durable, rugged, and easily adjusts for windage and elevation.

It is in line with other high-quality sights, and is much cheaper than RMR style sights.  And of course, it allows for very fast sight alignment once the shooter becomes accustomed to the method.  A couple drawbacks are that it cannot be co-witnessed, and that it will not work in many standard holsters, as the holster needs to be cut for an optic to allow clearance.  Additionally, the learning curve is great and it can be difficult to get used to.

For competition shooters that want sight picture consistency throughout multiple weapon systems, they may find this more beneficial.

You can learn more about the See All Open Sight here.

Now that you are thinking about what kind of sights to use on your EDC, how about what to throw in your range bag!

4 Responses to Defensive Sight Review: See All Open Sights on a Glock 27