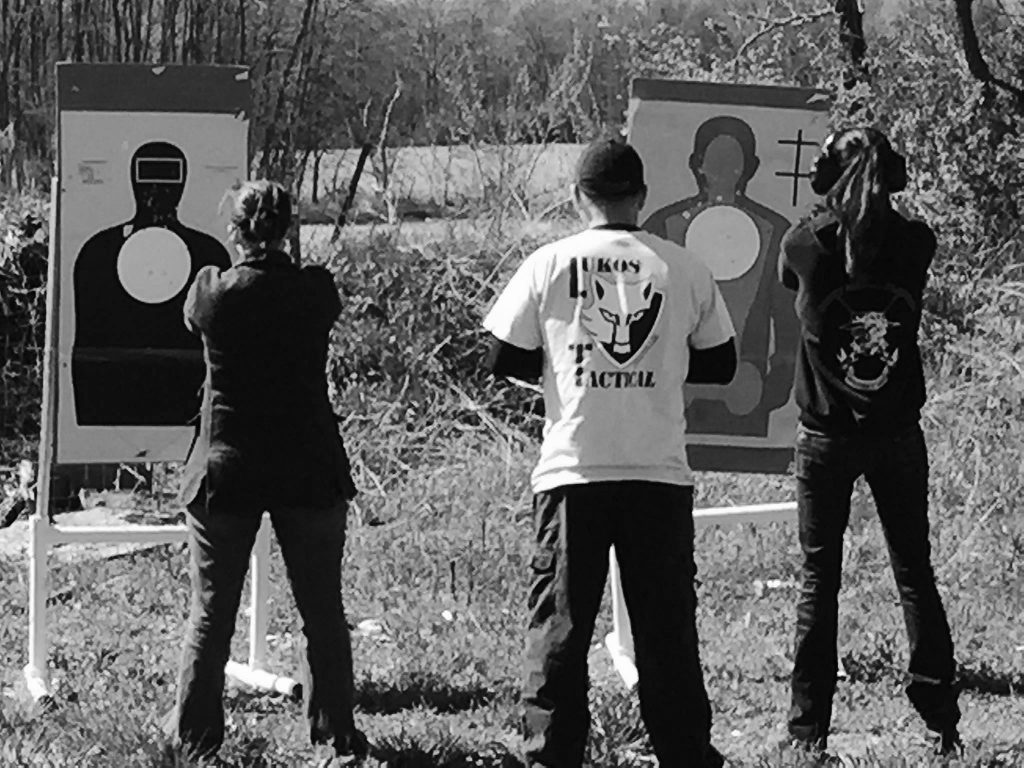 Take it from me, it's not always a good idea to teach a family member how to shoot a gun. All it may end up doing is costing you heartache as you regret your decision to train that much-loved person. Of course there are some exceptions to this, like younger children. I'm a firm believer that certain things need to come from parents, and gun safety and proper handling is one of those things.

But, what about other loved ones, like parents, spouses, and even close friends to some degree? Here are some reasons why it's not a good idea for you to teach your husband, wife, parents, or anyone else you care about and why you may just want to leave it to the pros:

If they get hurt, it's at least partially your fault —

I'm starting here because this one happened to me recently when I took my old man shooting a semi-auto pistol for the first time. Sure, he'd shot rifles, revolvers, and shotguns before, but this was his first time with a semi-auto. It wasn't good. No matter how often I corrected him, he defaulted back to what he saw in the movies. At one point the slide came back and bit his hand, slicing the web of his thumb open.

He bled all over the place and is on medication that thins his blood so it wouldn't stop. It wasn't good, and even though it was he that didn't listen to me, it was still at least partially my fault because he was clearly not ready for live fire. Which, I guess, ultimately leads me to my next point:

Just because I know how to put rounds on paper doesn't mean that I know how to teach others to effectively do the same. A professional instructor knows the right methods and progression of teaching someone how to be able to defend themselves, or just how to shoot. If this is your first time, you're almost guaranteed to forget something all important.

Just showing them what you do isn't likely going to be enough. If you're teaching that person how to be successful in a self-defense scenario, don't you want them to have the odds stacked in their favor?

If your goal with wanting them to get trained up, or their goal for that matter, is to be successful in a self-defense scenario, why wouldn't you want them to get the best level instruction that they can have? Isn't it better if they get the same instruction you got, but not from you?

Chances are good they won't listen to you —

The chances are really good that they won't even listen to what you're saying. Take my dad up above for example. He didn't listen to me when I told him how to grip the gun. As soon as I turned around it got bloody. There is a reason for that. No matter what … I'm still his kid. He's still the dad. And anything I can say would be better off coming from a third party where there is no relationship formed. It will mean more coming from that other person.

This is true even though he asked me to show him how to shoot a semi-auto pistol. Even after I have been working in the industry and shooting guns for years I still reverted back to his little boy whenever I tried to correct him.

While it would seem that it's a more laid back atmosphere than what would take place in an actual class, there is actual extra stress put on a person when they're performing in front of people they know. Putting stress on someone just learning how to shoot isn't a good thing.

Being in an actual class is beneficial —

Of course, if you are an instructor this doesn't apply to you, per se. Still, someone who is an instructor will have a better time teaching one of your loved ones for those reasons right there. They may be able to bring guns for him/her to shoot. They may have some specialized gear that will help. And, they may have more training/experience than you do.

Evaluate your own skills/training. Should teach? —

I don't know you, so this one may not apply either. But, knowing what you do about yourself, should you be teaching others how to defend themselves? Here's the hint, if you just go to the range to stand and shoot at static, non-moving targets and don't get much training yourself then the answer is likely going to be no.

At the end of the day, an actual instructor who has training to teach others is going to be insured.

Okay, let's say that you're a professional pistol instructor. You teach advanced and beginner level courses and you actually can talk your way out of the above issues. Good for you. But you still may want to leave them in the capable hands of someone else if for no other reason than if they don't get what you're saying it could cause an issue between the two of you. We are often times the hardest on those we love.

Sometimes it's just best to leave the instruction to someone else, and then after they're competent with firearms manipulation and have proper skills, you can go to the range and enjoy a day of shooting/spending quality time together. Did I leave anything out? Am I totally off base? Let us know what you'd add in the comments below.