Women are carrying guns for self-protection more now than in any other point in history. While I'm far from able to figure out the exact numbers, one thing remains certain: This country of ours is a mess, crime wise. While the actual crime numbers can be debated, one thing that can't be debated is that there are plenty of idiots out there who feel like they deserve to the point of forceful taking, what innocent people have.

This presents a unique problem for women who many times (but certainly not all), have a harder time defending themselves against an overpowering man intent on some kind of harm.

And, people are learning more and more that they cannot rely on others to protect them from those idiots. After all, there can only be so many cops out there to serve our communities.

You've seen all the memes, right?

When seconds count, the police are only minutes away … I carry a gun because a cop is too heavy … God gave me the right to self-defense. GLOCK ensures it.

You get the idea. Things are often times funny because they're true. We may chuckle a little bit as we imagine ourselves trying to carry a cop on our back to protect us. But the point, is that more people are waking up to the fact that while police officers serve us and have a job to do, they cannot be there all the time when you need to defend yourself. Therefore, the only thing you can do to defend yourself is carry your own gun.

Sadly, many folks make the decision to not carry that gun for one reason or another, and lost their lives. Then again, some people do make that most important decision to take life so seriously that they not only want to protect it with a gun, but also learn how to use that gun. 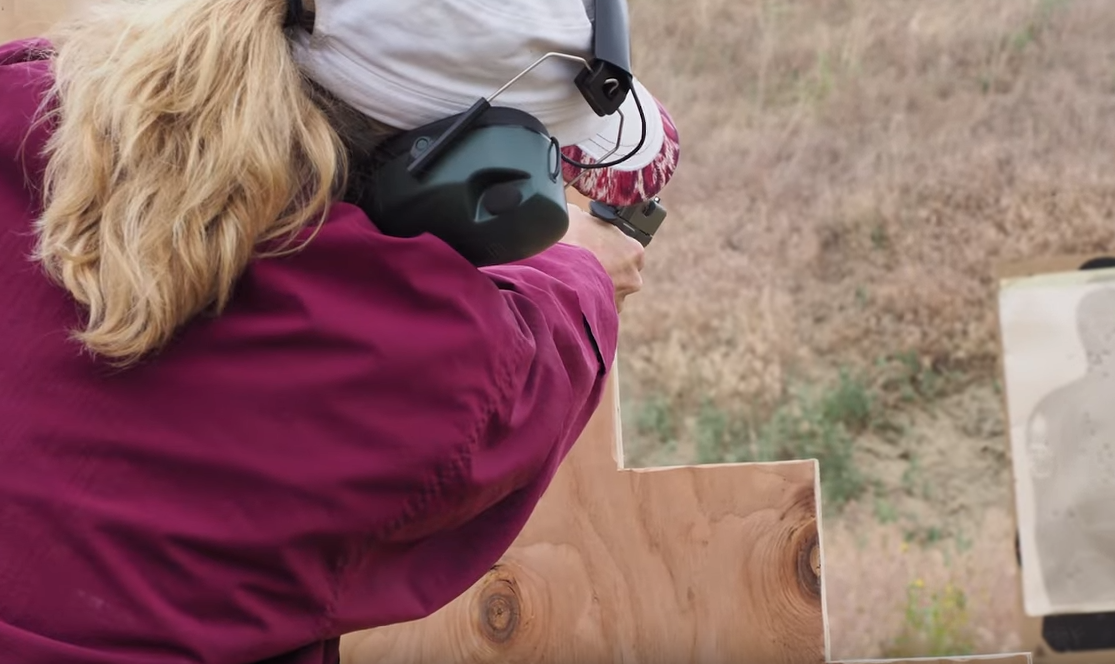 Shannon Ratts is a lady who went through our Guardian Essentials Pistol Course, and understands that. She had two separate incidents where she needed to protect herself, one of which she was unarmed, the second of which her husband was around and able to step in if necessary. Thankfully the first incident she had a dog with her that changed the mind of the guys who approached her.

In the below video is an interview along with some footage of her in our class with Jacob and Riley:

Why did you ultimately make the decision to entrust your life to your own training and gun? Let us know in the comments below. And, if you're interested in the course she took, check out this page.

4 Responses to One Woman’s Concealed Carry Story, and what She Learned in Our Class