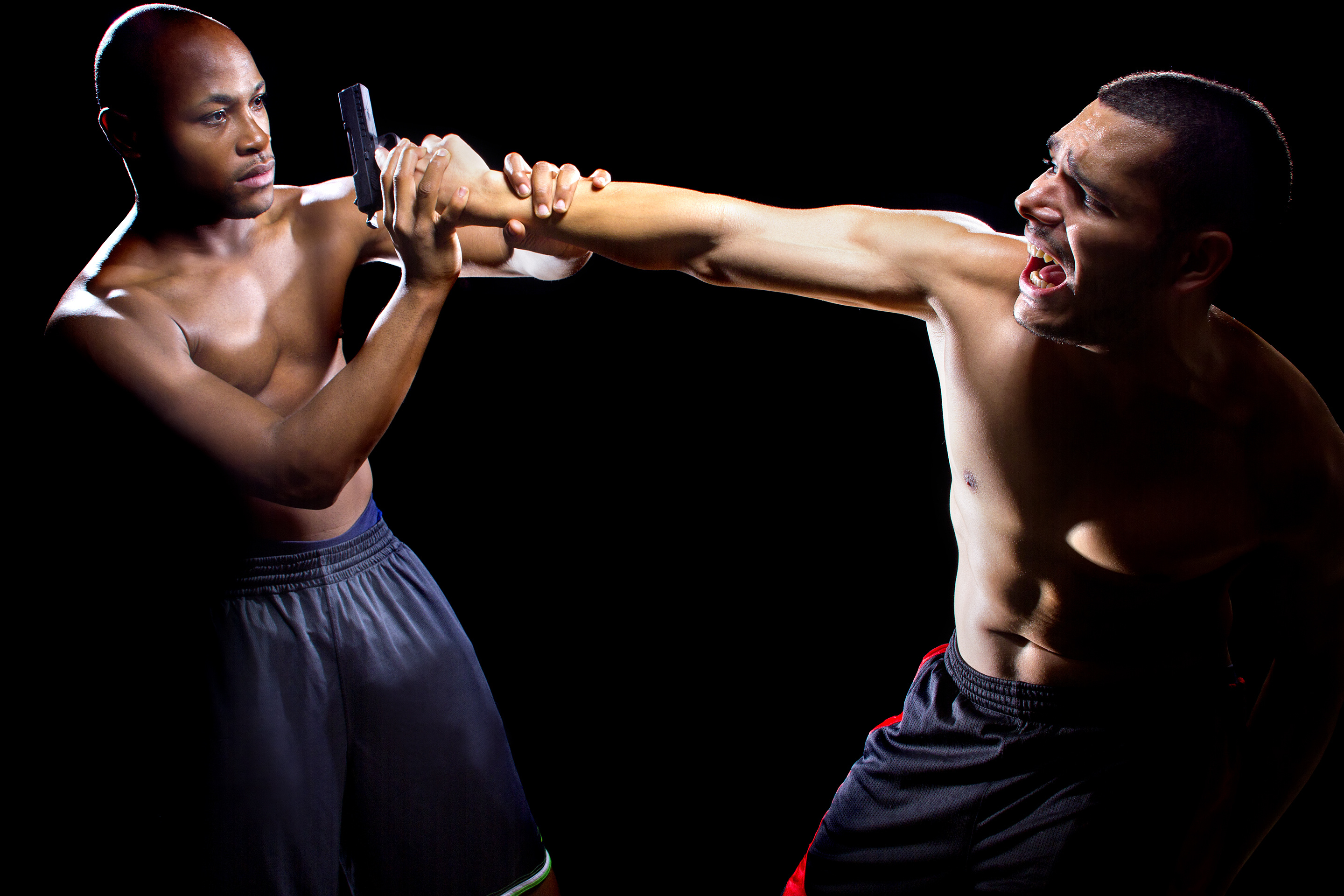 There is a fine line between self-defense and murder. More on this in a minute. But first …

Unless you plan to break the law, which we CANNOT recommend, current law dictates that you aren't allowed to bring your gun into certain places.

Places like schools, government buildings to include the post office, sometimes bars (even if you've not been drinking), New Jersey, Maryland, NYC, and a host of other places are off limits when it comes to having a self-defense weapon. We always have those folks who like to say that they don't care and that the Second Amendment is their permit.

When it comes to concealed carry there are generally two different types of people out there. Those who follow the current laws as they're written, and those who don't.

If you're the latter, I wish you much luck in your travels. I choose to follow the law, personally, and only carry where it's considered legal. While I wish the Second Amendment was my permit, the way things currently are has those laws changed to make certain places off limits. At this particular point in time, that's just the way it is until we change it.

If you choose to break the laws wherever you are at with your firearm, this article is not meant for you. Instead, this is for the person who wants to defend him or herself in those places where a gun cannot be had.

A Fine Line Between Self-Defense and Murder:

We always think about this in a situation where we have a gun at our disposal, for example, shooting someone to death in self-defense. In the context here, it's all about taking it a step further than you probably should, jamming you up in court later on.

What does this look like? So, let's say you're attacked and you successfully stop the threat with with a gunshot that strikes your attacker's arm. Instead of continuing the attack, the perp turns to flee. The threat is now over and he is injured. But, you feel violated and continue to shoot at a fleeing person who is no longer a threat to you. At some point, your intent switched from self-defense, to ending life.

In that situation you could be jammed up beyond anything your lawyer could get you out of, even if you had the best of intentions in the continuation of your shooting. Even if in your sub-conscious, your intent switched and that's called murder in most situations.

But, let's imagine for a moment that we don't have a gun. Let's say you have a knife, or, just your fists. Let's say that one night you're walking down the street and are suddenly held at knife point, but don't have your weapon. What should you do?

Before we go any further, let me state right now that every situation is very different and what you do in the heat of the moment may be totally different than what you say you're willing to do right now. And, you can in no way prepare for every situation. All you can do is remain vigilant and try to not get yourself in those situations in the first place.

After all, they're already committing crime.

So, what do you do? Do you hand over your wallet and then defend yourself if he tries to kill you? Do you fight from the get go? Do you just look for an opening? Sorry to say, but I'm not going to tell you because again, it's situational. Besides that, an answer to that question is outside the scope of this article.

The topic of this article, specifically, is this —

You are responsible for every punch, kick, slash, or anything else you do to defend yourself. Therefore, just as you wouldn't unload an entire Glock 17 magazine at a single person who already stopped attacking you because they were bleeding out, neither would you keep beating an attacker who stopped attacking. Once the threat is over, no matter your self-defense weapon, you stop.

You have every right to Self-Defense:

I'm in no way saying that you cannot defend yourself. All I'm saying, is that in the heat of the moment it's easy to get carried away. You feel violated. You've been partially beaten, or stabbed and had to fight. Once the threat is over, you cannot keep going. You must stop or, legally, find yourself in trouble.

You cannot beat the person to death or even to within an inch of his life.

You are responsible for everything you do in life. No matter the situation, if you kill someone in defense of yourself because you lose your cool and decide to keep shooting, keep beating, keep stabbing, keep kicking, curb stomping, etc., you're going to get in trouble.

But, But, Dead Guys Tell No Tales:

True to a point, but this is a common misconception we hear. Listen, investigators aren't stupid. It's their job to find out what happened. Plus, in the heat of the moment you don't know who's watching. Trust me when I say that the best thing you can ever do is force yourself to stop.

Don't forget, we live in a YouTube Generation. That's a thing, Google it if you don't believe me. Before the police even get to the scene thousands of people could watch you beating or otherwise killing someone in the heat of the moment, even if you didn't mean to.

So what's the point?

If you forget everything I've said here, just remember this. Don't get carried away in your self-defense efforts. Once the threat is neutralized, stop, even if you feel violated or that you need to prove something. Just don't do it. It's not worth your freedom. Stop the threat, call the police yourself, then call your lawyer.

Finally, if  you're looking for a resource that goes into depth on the Law of Self-Defense, click that link.