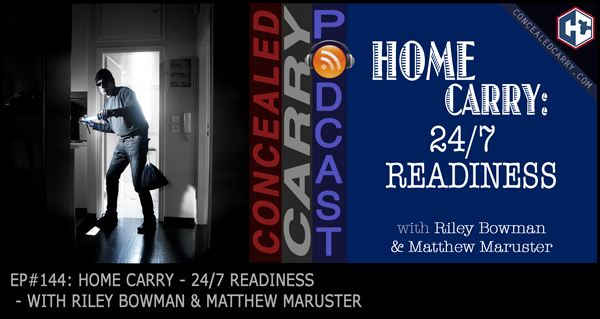 Riley and Matthew decided to address the issue of “home carry,” or making sure one carries all the time including at home…which is the one location that statistics show you are most likely to need access to your gun at a moment's notice. We talk about some of the strategies and tactics to keep in mind to make sure you are prepared 24/7! Press ‘PLAY' above to listen now!