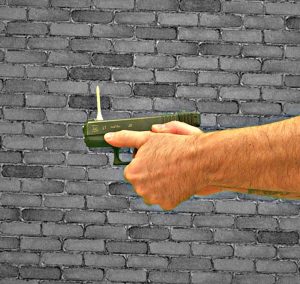 One way that sports teams get better when they're training for a championship game or something similar, is to pull out the old footage of the team playing and practicing. They then watch how they performed under pressure, how the team interacted with each other, and whatever skills and tactics were used by both the team and their opponent.

Believe it or not, this is something you can do yourself if you want to take your training to the next level and in all reality, your DGU, if you ever have one, will be like a championship game. Only, if you don't win, you could die.

I've learned quite a bit by not only watching other people do things in video, but also by watching myself in video as I see things that I could be doing better and make attempts at fixing these things.

It's kind of like having a knowledgeable instructor at your side pointing out things you might be missing, like over gripping the gun as you're on target pressing the trigger.

By the way this is something that I catch myself doing quite often and can always tell when I'm doing it in a video because my strong hand, or shooting hand, thumb isn't just resting on top of my hand like it should be. Instead it looks like it's trying to dig its way through my support hand.

When I over-grip like this it pushes my shots lower than I want. I don't always catch it when I'm shooting live, or even when I'm dry firing, but when I go back and review the footage of my shooting I can see it very easily.

Recording yourself at the range is easy enough to do, but you have to make sure that you don't break any range rules if you're planning to do it live fire. All you need is a cheap tripod and a phone mount, unless you plan to use a different camera.

Or, if you have a range buddy, have them stand behind you and try to film from a few different angles (in a safe position) and trying to get your gun, hands, etc., at various points in the video while you're shooting.

Then when you get home, you can set up for dry fire practice. Dry fire practice is something we talk about a lot here at Concealed Carry because it has massive benefits to your overall proficiency as a defender.

Recording yourself even while dry firing is a super easy way to work out any deficiencies you may have as you can apply these things to your dry fire training right away to start building up good habits.

Then, continuing to build upon those good habits in your regular dry and live fire training will help you get better over time.

Finally, keeping these recordings to reflect back on has benefits as well. You can compare older videos of you shooting live and dry fire with current ones to see just how well you've improved, if at all. And remember, that's the goal — to always be improving your defensive shooting skills.

And who knows? Maybe having documented proof of your training is a good thing if you ever need to defend yourself in court after defending yourself with your gun. (here's an article by company President Jacob about this very thing.)

What are your thoughts? Have you ever recorded yourself shooting to see what you could be doing better? Let me know in the comments below. And, here are a few resources about dry firing and the benefits it has, in case you need any convincing:

Why we dry fire, desired outcomes.

Talon Grips New Pro-Series, Perfect For Your Everyday Carry Gun
Episode 431: I Had A Bullet In My Chest And I Pulled It Out Myself