Join Our Newsletter
Shop Our Store
MAIN MENUMAIN MENU
By Joshua Gillem on July 31, 2019 in Training 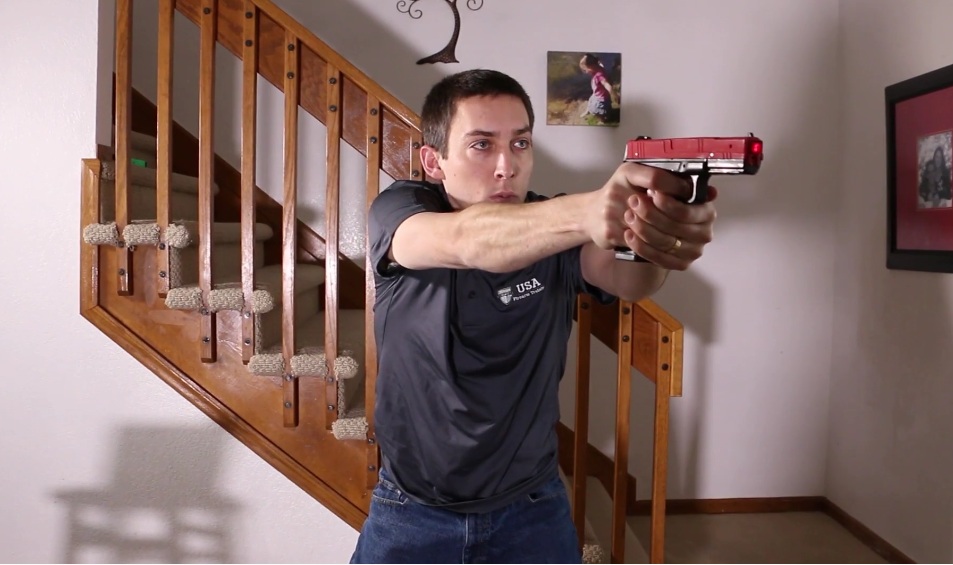 I'll be the first to admit that I wasn't dry firing as much as the rest of the team was–not until lately, that is. It's not that I didn't see the value in it, it's that I didn't have the time to do it. But recently, I thought I'd dry fire a lot to see just how much it helps.

I've been dry firing daily for about a month now using different guns and different feeling triggers, etc. What it has done for me, personally, I can feel from the time I pick each gun up. The way I grip the gun. The way I press the trigger. My confidence with that gun. All of that has improved. Don't get me wrong, I did dry fire before, just not as much.

More often than not, with me at least, my issues were coming from two different places.

My first issue, is that I wasn't always pulling the trigger straight back to the rear of the gun. A lot of the time, I'm pushing the trigger to the left. Because there is so much going on during my live fire training while at the range, I was never able to properly diagnose that I was doing this.

Things like recoil and muzzle blast are distracting to the eye and cannot really allow the shooter to figure out why his/her shots are going off from where they're supposed to go.

I had a double whammy, though. My trigger finger pushing left wasn't the only issue. I was also tightening my grip as I pressed the trigger. I was able to figure this out because my strong hand thumb sympathetically moved as my trigger finger did its thing.

This was also pushing my shots to the left on paper.

I'm unable to see that with the distractions of shooting a gun, and had I not noticed it while dry firing, I may not have realized I was doing it. This is actually still an uphill battle for me, but I have just about completely eradicated my trigger woes.

I strongly urge you to start dry firing your EDC (everyday carry gun). And, if you already do from time to time, I urge you to do it more. You'll see an improvement if you're looking for ways to improve. Actually pay attention to what your front sight is doing. Pay attention to your fundamentals. It will help.

If it helped me, which it did, it'll also help you.

Something else that some people don't think about is dry firing in between strings of live fire while at the gun range. You may end up getting some strange looks, but I actually ran a bunch of ammo through a gun I was testing, dry fired a few times, and found myself making small mistakes that I didn't realize I was doing.

I think the reason why this helps is because dry firing at home is one thing. Live fire at the range is another thing. And, doing both at the range is something totally different. What I mean is, I got used to the muzzle blast, recoil, etc., and then threw a wrench into it showing off my lovely flinch–which I thought I had overcome.

Here are some resources we've put together on dry fire training to help you out even more:

Leave any dry firing tips you may have in the comments below.

Episode 337: What Have You Changed Your Mind About Recently?
Oregon Baggage Handler Sentenced For Stealing Guns

9 Responses to Why Dry Fire Helps