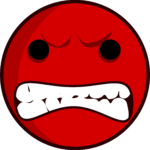 A few Jacob Pet Peeves are going to come out here today. There are a handful of things that I hear often in the gun community that are either out right wrong or tend to communicate the wrong message. Here are a few that I really don't like.

Because Its My Right

I often hear people justify stupid actions by saying that it is their constitutional right. I may have the right to do a lot of things but that doesn't make it smart. Walking into a bank with my AR-15 may very well be legal (depending on the state and bank) but that certainly isn't a good idea and justifying a bad idea by claiming it is your right doesn't make it a good idea.

I've heard this one straight from the mouths of fellow instructors in the industry. People seem to operate under two false ideas. First, that in order to stop a deadly threat one must administer death. Second, that if you don't kill your attacker they will get up and file a lawsuit and therefore their life isn't worth as much as the potential cash you may have to forfeit in the lawsuit. Neither of these are healthy or accurate ways of thinking.

You should also know that dead people file lawsuits just as well if not better than living people. My estate attorney sues people on behalf of dead people all the time. If you think that killing someone will prevent their estate or their living relatives from filing a suit against you then you have been misinformed. If that isn't enough to convince you I would also encourage you to find a news story from the last ten years in which a citizen acting in self-defense was successfully sued for their actions. These horror stories of the 80s and 90s don't happen anymore because most states and courts have evolved to prevent them.

The Vehicle Is an Extension of The Home

People in the community love the concept that one's car is an extension of the home and thus all the rights we have in regards to our firearm in the home are the same in our car. This is rarely the case. In most states laws that govern vehicles are unique and different than those that govern dwellings. Sometimes there are things that are the same between the two but don't take it for granted that everything is the same.

Just Separate The Guns From The Ammo

Another myth born out of years and years of lawful citizens traveling within and across state lines with their firearms. Far too many of my students have learned “somewhere” that they just need to separate the gun from the ammo in the car and that will make it legal to transport anywhere. Not necessarily the case.

The laws from state to state vary considerably about what you may or may not have to do in order to legally have a firearm in your car with or without a valid and honored permit. The Firearm Owner Protection Law (FOPA) does allow in article 926A that one can transport a firearm from one state to another so long as the firearm is unloaded, not readily accessible from the passenger compartment, and within a locked container (other than the glove compartment or console). That doesn't say/mean separating the gun from the ammo and while that may help achieve the goal, by itself it may not suffice.

Sleep With The Gun Under the Pillow

Some people seem to justify sleeping with the gun on the nightstand or “under the pillow” because they feel the time it will take to get to a safe, open it, and retrieve the firearm is far too long when seconds count. I'm understanding that each person does have a different home situation. Not everyone has young children running around like I do but I'm prone to believe that there are enough awesome and quality firearm storage systems out there that this shouldn't be a real issue. You can buy gun safes today that mount in mattresses, behind night stands, under beds, and behind picture frames and mirrors. I would think there would be a better balance here between safety and availability.

Do you think I'm wrong? What else do you hear people say that drives you nuts?