Join Our Newsletter
Shop Our Store
MAIN MENUMAIN MENU
By Matthew Maruster on March 31, 2022 in Safety 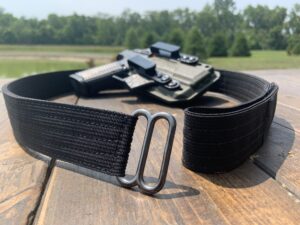 Is your EDC ammunition serviceable?

Why should you inspect your carry ammunition —

Ammunition doesn't have an expiration date per see. Properly stored ammunition can remain serviceable for decades.

However, the ammunition in your EDC gun undergoes suboptimal conditions that have the potential to affect its performance negatively.

Considering this is the ammunition you can't afford to fail, you should keep tabs on its condition. By inspecting your ammunition for defects and issues, you can reduce the likelihood of an ammunition-caused malfunction. 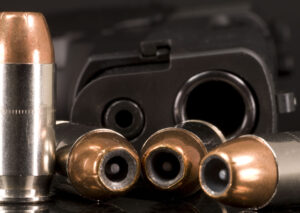 Common ammunition issues to look for —

Probably the most well-known issue is called bullet setback. A bullet setback occurs when the projectile sets too far back inside the cartridge case.

This problem can happen in the factory. However, more often, as a result of repeatedly chambering the same round. The forces from the chambering process push the bullet into the case little by little.

Some bullet setback can be expected and is not a cause for concern. However, bullet setback increases the pressure inside the cartridge. Depending on how much the projectile sets back in the casing, the increased pressure might exceed what your specific gun can safely handle. In the worst cases, the gun explodes.

How much chambering is too much?

Aaron Cowan of Sage Dynamics performed a test and conducted 500 press checks using the same round. His results found the overall length of the 9mm cartridge went from 28.82 mm to 27.87 mm. That is a difference of 0.95 mm. Here is a link to the post. 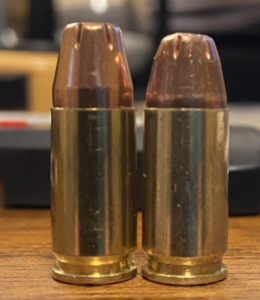 There are a couple of ways to identify bullet setback.

First, if you have a caliper, you can measure each one and compare the manufacturer's specs. A few tenths of a millimeter is likely not cause for concern. However, as you get closer to a 1-millimeter setback, you may want to take that round out of circulation.

Alternatively, you can line up all your rounds on the table and observe if any of them look shorter than all the others. This method will not give you exact measurements, but it will help you identify a round with excessive setback.

There are a few ways to avoid or mitigate bullet setback –

Avoiding the situation altogether is preferable but not always possible.

Some manufacturers address bullet setback in how they produce the rounds. One way is to formulate a powder that fills the entire case so that the bullet has no room to set back. Another strategy is to add a groove called a cannelure to the casing or projectile. The manufacturer may also crimp the casing, which also helps reduce bullet setback. 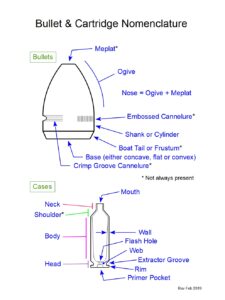 For example, each Monday, when you unload the gun for the final time, you could take the ejected round and place it to the side. Then, empty your magazine, keeping the rounds in order. Next, move the newly removed round to the bottom of the magazine, and each successive round moves up one place.

If this sounds too burdensome, there are other options.

You could cycle out your carry ammo regularly. Maybe it's every 6 months or any interval based on how much you load and unload.

I handle this issue by checking my ammunition regularly and removing anything that gets out of spec. Then, depending on how far out of spec it is, I will decommission it or save it and shoot it the next time I'm at the range.

Repeated chambering may also damage the primer of the cartridge. If the primer doesn't ignite, your round isn't going to fire. Primers also sit in a cup at the back of the cartridge. Some people claim that if oil, solvent, or another liquid sits in that cup area, it could foul the primer. Admittedly, I am not a reloader, and I don't know the likelihood a primer would fail due to these factors. 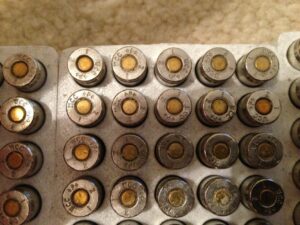 Corrosion is the most obvious sign you should take your ammunition out of circulation. I'm not talking about the ammunition not being as bright and shiny as when you first put it in the magazine. Instead, remove the rounds if you see signs that the integrity of the casing, bullet, or primer is compromised by rust.

Rarely will self-defense ammunition have major physical defects, but it's worth mentioning that sometimes junk ammunition slips through quality control.

Look at the primers of your ammunition. Do this when you remove it from the box, but it's still in the case. Just look to see if you see a missing, crooked, recessed, or protruding primer. Study any rounds that seem out of the ordinary, and if you're in doubt, don't use it. 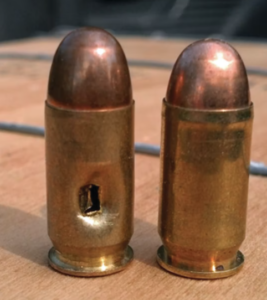 Don't forget to test your self-defense ammunition in your carry gun to ensure it properly cycles. My recommended 9mm self-defense ammunitions are Speer 115gr Gold Dot, Fiocchi 124gr XTP, and Federal 124gr HST. I recommend and use these rounds because of their ballistic performance. They all consistently expand, penetrate appropriately, and cycle reliably.

9 Responses to Self-Defense Carry Ammunition, How Often to Inspect?