Join Our Newsletter
Shop Our Store
MAIN MENUMAIN MENU
By Joshua Gillem on March 15, 2019 in Opinion 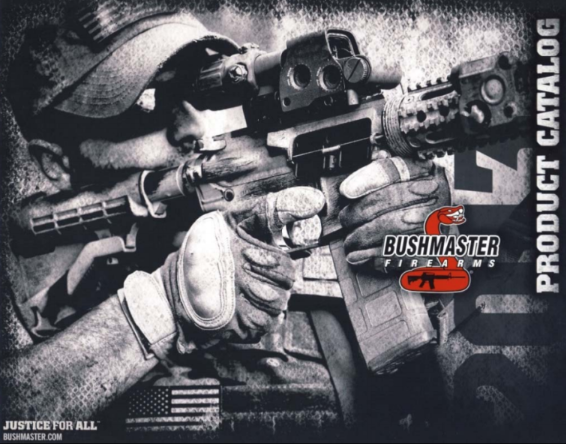 I now have every intention of suing McDonald's, Burger King, and my spoon manufacturer for marketing me into obesity.

How dare their marketing professionals make their food look so appealing and delicious that I might want to actually eat it.

Seriously, I'm getting McDonald's for lunch today, and their commercials with near-perfect looking food is one of the reasons why I look the way I do, all 300 pounds of me.

Well, I suppose there is a bit of a lack of self-control there, as well, but nobody needs to know that. After all, it's THEIR fault for making the food look so darned good in those commercials.

Even if it doesn't taste as good as it looks.

Another thing, when I was a kid my mom was hit by a drunk who drove a Chevrolet Caprice Classic. Maybe I should go after Chevy? Or, how about the alcohol companies enticing that alcoholic to keep filling his glass?

Heck, maybe I should sue the bar just for opening their doors …

That's how idiotic it is for the Connecticut court to rule that families and victims of the Sandy Hook shooting can now sue Remington over how they marketed the (stolen) firearm used by the nutjob who opened fire on a bunch of innocent kids.

Where am I going with all this?

These are scary times for us, my friends. I hope, I really do, that Remington appeals this. I hope that this case goes to a higher court because this is unprecedented and goes against a previous ruling explicitly preventing this sort of thing from happening.

The Connecticut court said that Remington violated state laws against marketing a military style combat weapon. Here is the ad in question: 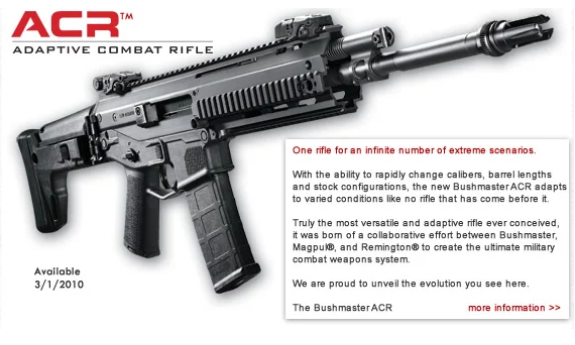 Here's the thing though, and I know I'm about to blow some minds here, that's how marketing works.

While I'm a gun nut, first, I'm a digital marketer, second. I don't have a degree in marketing, but I study it for fun because, well, I think it's fun.

If Remington can get sued for marketing something to a group of people, everyone else should be able to get sued for stupid crap, as well. What do I mean?

One of the things about marketing that you may not realize which makes it very effective, is that a desired result is often, though certainly not always, displayed in the advertisement. That's why good looking people are used in commercials a lot of the time.

The person buying the product wants to be like the person (the result) in the advertisement in some way.

(By the way, that link goes to the most comfortable holster you'll ever own.)

This commercial is a classic example of that. Only, in this one, Old Spice realized that women make a majority of the shopping decisions and marketed to them. This ad was hugely successful, and if you watch the commercial, he actually comes right out and says exactly what I'm saying here:

The person viewing that commercial wants the desired outcome of being more like the person using the product.

The woman wants her man to smell like this dude in the commercial. So, what does she do? She buys the Old Spice Bodywash to get the result. She's essentially fixing the issue of her dude smelling like a dudette.

I have “friends” (I use that term loosely here) who went out and bought Axe Body Spray because they thought it would get them this result:

Of course it didn't get them that result because body spray doesn't fix ugly. But those guys I know bought into it hook, line, and sinker. Axe knew exactly who their customer was.

Here's why that matters —

The guy who buys the AR-15 to some degree has a deep respect for military personnel or has dreamt up themselves into the role of a military operator. If that wasn't the case, the gun manufacturers wouldn't use militaristic pictures and language in their marketing. They're not stupid, and they've done their research.

Guess what? They're not telling us to go kill school children or anyone else. If they were, there'd be even more mass shootings. They're appealing to the person many of us wish we were.

Every company knows exactly who their customer is, called an avatar, or they wouldn't be in business, or won't be for long.

All companies in all markets do their research.

In this commercial, Reebok marketers came to the conclusion that most men who watch the Superbowl, or football in general, can picture themselves playing the game. So, what'd they do?

What's interesting, is that ad shows office violence but you don't see Reebok getting sued whenever someone beats the snot out of, or kills, a co-worker. But, maybe they should? I mean, Connecticut says so.

Need another example? How about the Most Interesting Man in the World? He's so cool, always surrounded by women, and smokes Cubans. He doesn't always drink beer, but when he does, he prefers Dos Equis.

For real, I don't know of many men who haven't had a dream like that to at least some degree.

The marketing pros over at Dos Equis know that men want to be the most interesting guy surrounded by women, etc. So, that guy will forever be immortalized, and it is also one of the most successful ad campaigns ever.

Again, you're buying the result, or an outcome, not the product. The product promises the result you're looking for. For Dos Equis, the desired result is being as cool as the dude in the commercial–even if simulated.

In the case of Remington, the result is nothing more than feeling like a member of a special forces team, even if you're only using your rifle for home-defense which is arguably a type of combat.

Why does all this matter? Because Remington's marketing techniques are no different than any of the above examples, or any of the other marketing done by any other company in the world. I mean, they all learned similar stuff in school.

So, why are they being singled out? Because the gun grabbers are looking for a reason. They need a stepping stone, and this is the best they've got.

12 Responses to If Remington Can Get Sued, So Can McDonald’s