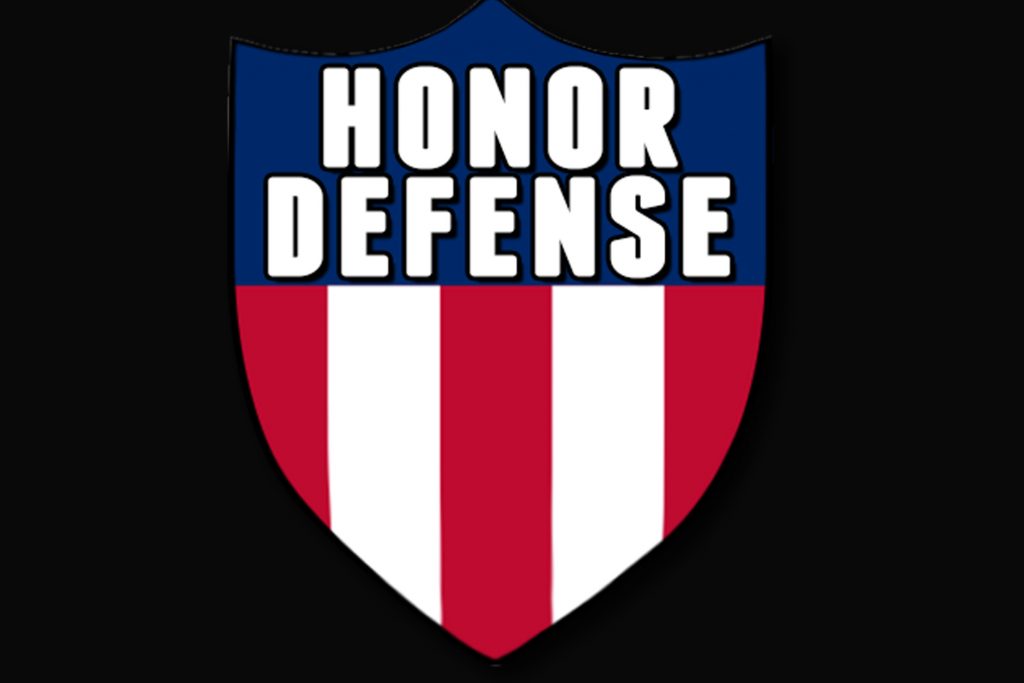 UPDATE: Below is an article we published after initial reports were published that confirmed that the Honor Guard could fire when dropped or tapped from the rear. Shortly after this, we confirmed those findings with our own test (Dropping the Honor Guard 9mm: What We Discovered). In a relatively short period of time after this finding Honor Defense began offering a voluntary upgrade that made the Honor Guard even safer and no longer vulnerable to a potential discharge when impacted on the rear. You can learn more about the upgrade here: Honor Defense Announces Free Voluntary Upgrades to Any Honor Guard Pistol Owner

A couple different firearm publications have put videos out confirming that the Honor Guard, from Honor Defense, fires when dropped or lightly tapped from behind. As you can imagine, this is not good, and certainly not safe. At this time we are recommending all gun owners who own a firearm from Honor Defense to discontinue use, and wait for the proper response from the company to take care of their customers to ensure everyone's safety.

Safety is our number one priority here at concealedcarry.com, and the last thing any of us ever want is for one of you to get hurt while handling your firearms, which is why we have decided to get involved by letting you know about this, even though we cannot verify the info because we haven't tested it ourselves.

However, the fact remains that a few different people have simulated a drop/impact fire with the Honor Guard, and its use, concealed carry or otherwise, should be discontinued until it's addressed.

Now, it goes without saying that we all want to handle our firearms safely, and the goal should never be to drop any firearm, ever. But, accidents do happen so those comments that sound something like this: “Well, just don't drop your gun and you'll be fine” are not something we are going to listen to.

The correct answer, is no, you shouldn't drop your firearm. In addition to that, though, firearms should not fire when dropped or otherwise impacted. And, as Jeremy S. pointed out on his YouTube channel, not a lot of force is needed to make this gun fire. Could it go off if you bump into a table? A chair? A wall? If you lose your balance and fall just right on it?

I know that I, personally, am not willing to be the test dummy to see if it fires in those situations. Long story short, this issue needs to be fixed, and quickly, before someone gets hurt. Thanks to Patrick of The Firearm Rack for finding this issue, and to Jeremy S. for putting up a video confirming. Here is his video:

We do not impact-test handguns when when we test them, but this will likely change now as this seems to be a growing problem. I'm going to suggest to my fellow gun reviewers here at concealedcarry.com to come up with a method to test whether or not a firearm will accidentally discharge a round when dropped or otherwise impacted. This is something that we have failed to do until now, but rest assured that we will rectify this situation.

I urge you at this point to reach out to Honor Defense and ask them to fix this for you if you own one of the affected pistols. At this point the company is not responding appropriately, but two people have reported this issue now, and they need to at least look into it and issue a statement regarding the problem the pistols have and how they plan to address it going forward.

**Keep in mind that none of us have tested this pistol to see if it fires upon an impact, so we urge you to do some more research into this. Our main goal is safety, and the last thing we want is for one of you to get hurt. So while we can neither confirm nor deny if they impact fire, we at least need to pass along the info. Also keep in mind that as of right now, Honor Defense holds their position that their pistol passed all tests put forth by government standards.**

Do you own an Honor Defense pistol? If so, have you noticed any issues with it? Let us know in the comments below.

8 Responses to Caution: Honor Guard Fires Upon Impact, Discontinue Use