Join Our Newsletter
Shop Our Store
MAIN MENUMAIN MENU
By Matthew Maruster on May 18, 2021 in Law, National, News

In March of this year, a Federal Judge dismissed a liability suit against the well-known firearm manufacturer Glock. The ruling is good news for gun owners and manufacturers and a gut punch for the usual cast of gun-grabbers like President Biden.

Recall the president's April 8th, speech, in which he laid out his gun control agenda. In his anti-gun sermon, he made the following statement:

If I get one thing on my list, the Lord came down and said ‘Joe, you get one of these,’ give me that one. Because I tell you what: There would be a come to the Lord moment these folks would have real quickly.

Joe Biden addressed his desire to repeal the (PLCAA) Protection of Lawful Commerce in Arms Act. The PLCAA is the law at the center of the case mentioned above.

What is The Protection of Lawful Commerce in Arms Act (PLCAA)

In 2005, the United States Congress passed the law, with a 65-31 and 283-144 vote in the Senate and House.  Before the legislation, local governments and individuals could file civil lawsuits against firearm manufacturers. In essence, the law protected gun manufacturers from individuals and municipalities who filed claims against companies for producing firearms used in crimes or negligently.

It is important to note that the law never protected the companies outright, meaning entities could still sue them for things such as breach of contract.

The Lawsuit and Ruling:

The Brady Campaign to Prevent Gun Violence brought the suit against Glock on behalf of a man who became paralyzed after being shot accidentally with a Glock handgun. President Donald Trump appointed Judge Susan Brnovich during his presidency, and she decided the case last March. 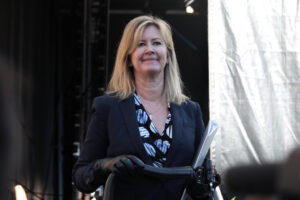 Here is the ruling:

A fair reading of the PLCAA shows that Congress intended the scope of its preemption to include claims like the plaintiff's. The PLCAA's plain text extends preemption to plaintiff's tort and products liability claims. Its unambiguous terms bar any civil cause of action, regardless of the underlying theory, when a plaintiff's injury results from ‘the criminal or unlawful misuse’ of the person or a third party, unless a specific exception applies

This ruling is encouraging; however, the anti-freedom politicians will continue to pursue their anti-gun dreams.

Since this post, the Texas Supreme Court has ruled on a PLCAA case involving the company Academy Sports and Outdoors. The case had to do with the firearm used in the Sutherland Springs mass killing event.

Stay up to date with legislation and gun industry news by subscribing to the Concealed Carry Podcast.

How to Clean a Glock – Video Breakdown and Safety Check
Shooter Ready Challenge, May 2021