The importance of the federal Protection of Lawful Commerce in Arms Act (PLCAA) was evident again in the Texas Supreme Court decision released this past Friday. 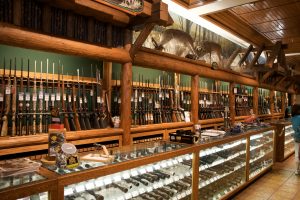 Back in May of this year, I wrote about a PLCAA case involving Glock. In that post, I explain a little history of the federal law that has been on the books since 2005. If you are not familiar with the law, you can check out that post.

I'll still summarize the law here. The Protection of Lawful Commerce in Arms Act (PLCAA) protects gun manufacturers and retail stores from being held liable if someone uses or purchases a firearm and then uses it illegally. In this case, the killer used the Ruger AR-15 rifle to kill 25 people and injuring 20 others. However, the law doesn't protect the entities outright. So, for example, if a company sold a firearm they knew was unsafe, or a store sold the gun illegally, PLCAA would not apply.

The Case Against Academy Sports and Outdoors:

There are four lawsuits in this case against Academy Sports. The plaintiffs claim that Academy Sports violated a Colorado law prohibiting the sale or possession of “high-capacity” magazines by selling the killer a rile that came with a 30-round magazine, despite the fact the killer purchased the gun in Texas. If the store sold the gun illegally, PLCAA would not protect them, the plaintiffs argued.

The Texas Supreme court issued a writ of mandamus, which overruled the lower court's decision. In a unanimous decision, the Texas Supreme Court ruled that Academy Sports did not violate the U.S. Gun Control Act because it applies to firearms, and not firearms components.

This decision was a massive win for Academy Sports and other retailers who sell firearms.

The reason this is so big is that politicians who want to make it more difficult for the common man to purchase and possess firearms know the Second Amendment is in their way. These people know that no business that sells or manufacturers firearms will stay in business if PLCCA is removed. This is why in President Biden's anti-gun speech he said the repeal of PLCCA was on the very top of his list.

The United States Air Force still is facing a case due to its failure to enter a 2012 criminal conviction of the murderer, which made it illegal for him to possess or purchase a firearm. Unfortunately, this conviction did not show up during the background check. Had it been entered, Academy Sports would have been notified when running the background check and would deny the sale.

I explain how the Sutherland Springs mass killer got his gun, along with the killers in other mass killings in this post.

I want to take a moment to remind anyone reading this post. In no way does support of this ruling suggest I do not empathize with the people affected by the shooting or any shooting for that matter. I absolutely do. My support of the ruling rests in the opinion that punishing a store or gun company for an evil person's illegal use of a product is not justice.

Gun laws can be super confusing, especially if you are traveling from state to state. I highly recommend checking out our Legal Boundaries by State book. It is the most comprehensive resource providing the information you need to travel with your handgun legally. Check it out here.