Join Our Newsletter
Shop Our Store
MAIN MENUMAIN MENU
By Craig Martin on February 16, 2018 in Law 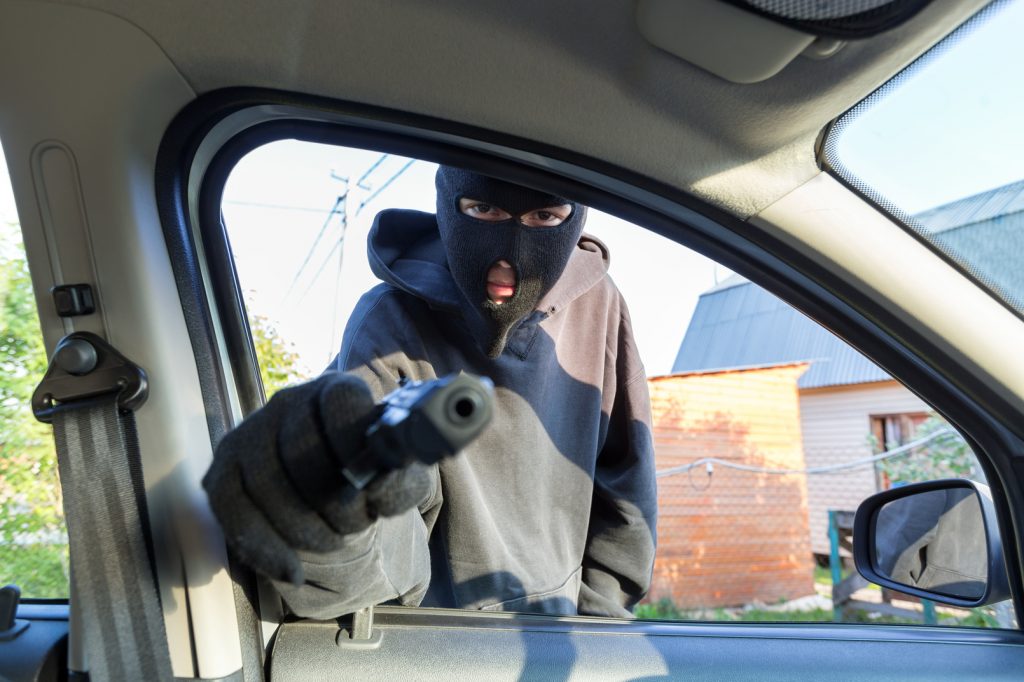 Self-Defense. In case this is the first article you are reading from ConcealedCarry.com, we take it pretty seriously. You likely hear stories often of citizens, under life-threatening circumstances, putting their lives on the line to defend themselves or others from criminals who mean them harm. But are there times when protecting yourself may cause more harm than good? Let's take a look at the crime of carjacking. This is an example where many people give different answers regarding the best way to handle it.

There are two very different legal definitions that we should talk about before going more in-depth—carjacking vs. Car Theft. Car Theft is an incredibly prevalent crime in our country, with the FBI's 2016 crime report stating that over 760,000 took place across the nation during the calendar year, losing U.S. citizens $5.9 billion in property during that time.

Carjacking, on the other hand, is much different. Massachusetts refers to it by what should be its dictionary definition, “assault with the intent to steal a vehicle.” So as we advance, know that there is a difference between the two and that there are different legal barriers for both regarding your ability to use your firearm legally.

As many of you know, gun law between states in the U.S. can be pretty confusing. Even in reading this article, you may see some information that does not pertain to you simply because of your state's stance regarding “Stand Your Ground” laws vs. “Duty to Retreat” laws. Ensure that you check and see which side of this your state's stance lies before jumping to any conclusions you may come to from reading this piece. 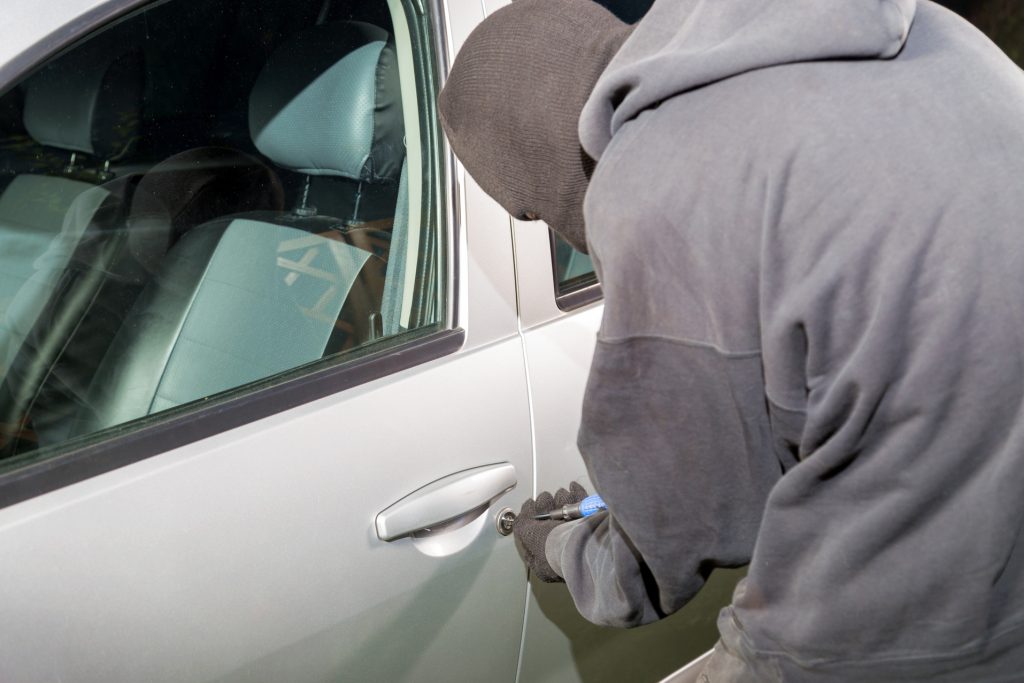 All that said, let's look at something that may be considered the most universally correct, no matter where you live, and that is shooting at a person that you find stealing your car, which means that you see someone in a parking lot, side street, or your driveway simply breaking into your vehicle. While it is well within your rights to attempt to deter the criminal from doing what they're doing (turning on Flood Lights, making loud and sudden noises, calling the police, and hoping they show up quickly), it is generally considered a terrible idea to go into this situation guns metaphorically and blazing.

We have seen many stories over the years of individuals catching criminals attempting to take their car and getting into legal trouble for doing so. Even in Stand Your Ground friendly Georgia, attacking someone trying to steal your vehicle while posing no threat to your or anyone's safety could land you in legal trouble. Simply put, if you are not threatened with violence, and you go on to commit violence, you're the aggressor, and a pretty straightforward case can be made against you in front of a jury no matter how in the right you are, common sense wise.

SOMEONE ATTACKING YOU FOR YOUR CAR (CARJACKING) 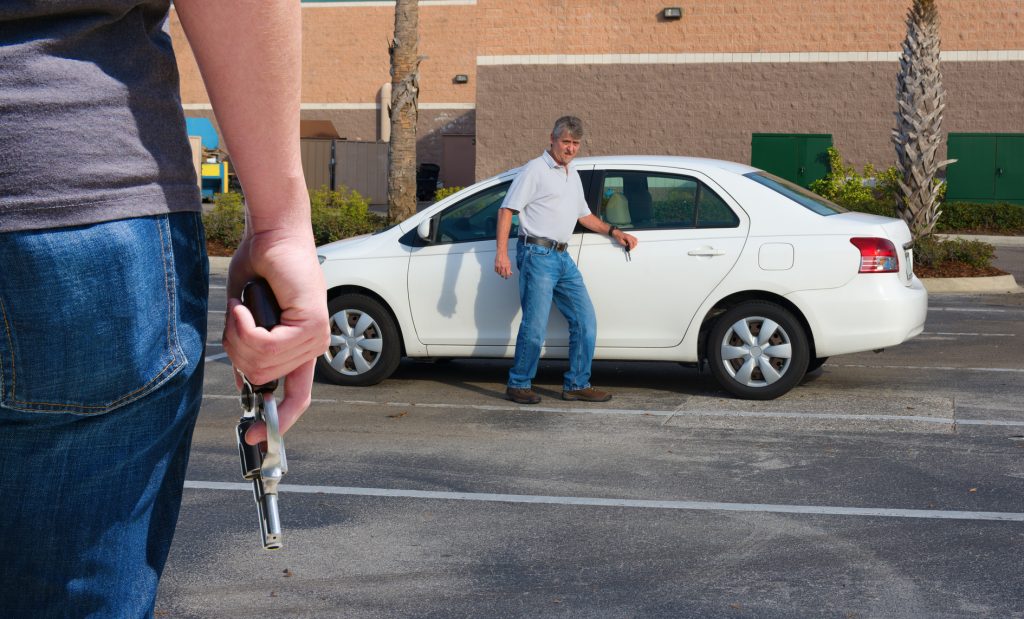 But what about if someone is threatening you for your vehicle? What if someone had a gun on you and was demanding your car, or they were going to kill you? Surely that must be grounds to defend yourself, right? Unfortunately, not everywhere.

As we have mentioned in a previous article, despite popular belief, a car is not an extension of your home in most states. So the same rights that you have to defend yourself within your home do not necessarily apply to your car.

So the question arises. Can I or Should I shoot at a Carjacker? Well, to legally justify an act of self-defense, you need to show your action was reasonable, proportionate, and in response to an immediate threat. Depending on the state you live in, you may also have to show you didn't have a safe course of retreat. You should still check the laws in your local area for more personalized information.

On the whole, though, the same laws that apply to other public threats to your safety will apply to you in your car. If you are threatened and feel your life is in danger, you may defend yourself from carjackings. If you are not being threatened and see a car theft taking place, using a firearm to stop the crime could see yourself committing a more serious one. Cars are property after all, and almost without exception, you don't have the right to use deadly force to protect any form of property.

If you're interested in learning how to increase the odds of surviving a carjacking-type encounter, consider this article. We put together 5 videos that highlight aspects of gunfighting in and around a vehicle. And Matthew explains the lessons he learned after being carjacked when he was growing up.

So what do you think of this article? Did it provide you with any helpful information? Did it raise more questions for you? Let us know in the comments below so we can start a conversation.

35 Responses to Can You Shoot a Carjacker?