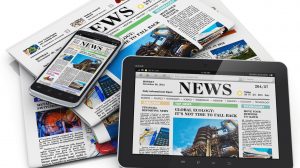 American's trust in the news media is at an all-time low.

We assume that our elected politicians have a great understanding of the facts surrounding the issues affecting their constituencies. Or, if they don't have a grasp of the topic, they spend time educating themselves so they can make appropriate recommendations and decisions. After all, their decisions have a far-reaching impact on the lives of so many.

Similarly, we trust that news reporters and writers have more than a lay person's understanding of the information they are disseminating. Undercover video and audio have exposed how prolific ‘fake news' is.

In ‘How The Anti-Gunners Brainwash America’s Outlook On Gun Ownership‘ I explained how deliberately spreading misinformation and lies has been used to change people's opinion on guns. After all, the facts don't support their notion that legal gun owners are the cause of violence in America. The piece was widely accepted and shared on social media. This is great because I have always believed that knowledge is power and we must spread the truth.

Since the time the article was published, there have been a few tragedies in which evil people used guns to commit mass murder. Almost as if on cue, politicians, and media jump into action to exploit any tragic event involving a firearm.

–On a side note, during this same time, a terrorist also committed mass murder with a rented pick-up truck and no gun. But this was quickly forgotten, and brushed aside as just a terrible, unfortunate and unavoidable event.-

A horrific mass-shooting in Las Vegas, where the piece of garbage supposedly used a bump stock equipped rifle. I only say supposedly, because even well after the incident, key-witnesses of the crime are strangely silent, and the facts of the case are surprisingly few. Media outlets jumped into action to describe the device used, and why it must be banned.

Legal gun owners and NRA members were once again the bad guys and gals. The only responsible thing to do would be ‘have a serious discussion' about their right to own scary AR-15s. You know because discussions are very beneficial, especially when the people in the discussion have absolutely no idea what they are talking about.

Here is just a little taste of the meaningful bump stock discussion from the always accurate CNN:

It was so irritating, I had to write an article describing what a bump stock actually is.

A disgraced former Air Force service member with a history of wife and child abuse, who was an escaped mental patient, hater of people of faith, a psychopath, and, had it not been for an error in reporting his violent conviction of abuse, illegal gun owner kills peaceful people worshiping in a church.

What does the media focus on? The gun the guy used was an AR-15. Pundits and politicians again attacked legal gun owners as the problem. They attacked the NRA and again talked about why any reasonable person needs an AR-15, sorry ‘assault rifle.'

-By the way, the NRA member, who engaged the scum bag and stopped him from continuing on a homicidal rampage, also used an AR-15. But that was downplayed and discounted on most major stations.-

Of course, the gun is to blame. In fact, USA Today showed how scary the bad guy's rifle was. I mean didn't you know owners of AR-15's can attach things to them. Like a chainsaw bayonet …

It's all real, I am not making this stuff up. Almost comical right? If it weren't causing an impressionable generation to grow up with so much bogus information they don't know the difference between video games and reality.

But the media is one thing. Politicians have better sense than to try to pass legislation based on bogus information and a pathetic understanding of what they are talking about … right?

Chances are you have seen this gem from 2014. California Senator De Leon, an apparent gun expert, explains why he is introducing a bill to ban ‘ghost guns.' If his complete lack of the most basic understanding of how a gun operates, he doubles down on stupidity. He makes claims about crime that are blatantly false, and how his bill would create a utopia of safety. If you haven't seen it, grab a seat because it is pure comedy gold.

How about the failed presidential candidate Hillary Clinton? While speaking at a fundraiser in 2015, Hillary was unknowingly recorded. She candidly talked about gun legislation and the Supreme Court's landmark decision on District of Columbia v. Heller.

After hearing her opinions, and knowing the media is a mouthpiece for them, it shouldn't be a shock that there is a push to delegitimize the NRA and legal gun owners. After all, CNN's own Chris Cuomo publicly and unabashedly admits the media in general and their own network support Hillary Clinton.

Finally, when you hear politicians or media commentators say things like ‘common sense' legislation is needed, rarely will that conversation include what ‘common sense' ideas they have. Because terms like common sense, are designed to make it seem like most Americans would support it. But that is not the truth. Many common-sense proposals, are not supported by the majority of Americans and would likely not withstand a legal ruling. For example here are a couple ideas from the infamous Hillary Clinton and Dianne Feinstein on how to make Americans safer. Enjoy…

My feeling is that the Supreme Court correctly ruled in the Heller decision, and the most common sense thing we can do is enforce current legislation. I've said it before and it is worth repeating. Stringent and extreme enforcement of straw purchases, illegal possession of firearms by criminals and using firearms in the commission of a crime would do far more to make the streets safer than 30 round magazine bans.

Fight the misinformation with respectful and educated dialogue. Then you won't have to sell a bill of goods to anyone. The facts and numbers will speak for themselves. Which of the above videos was the worst one? Let me know in the comments below.

10 Essential Criteria for Selecting Your Concealed Carry Holster
Episode 173: “Hand Over Your Weapons”

9 Responses to Astounding Videos of Firearm Misinformation and Lies