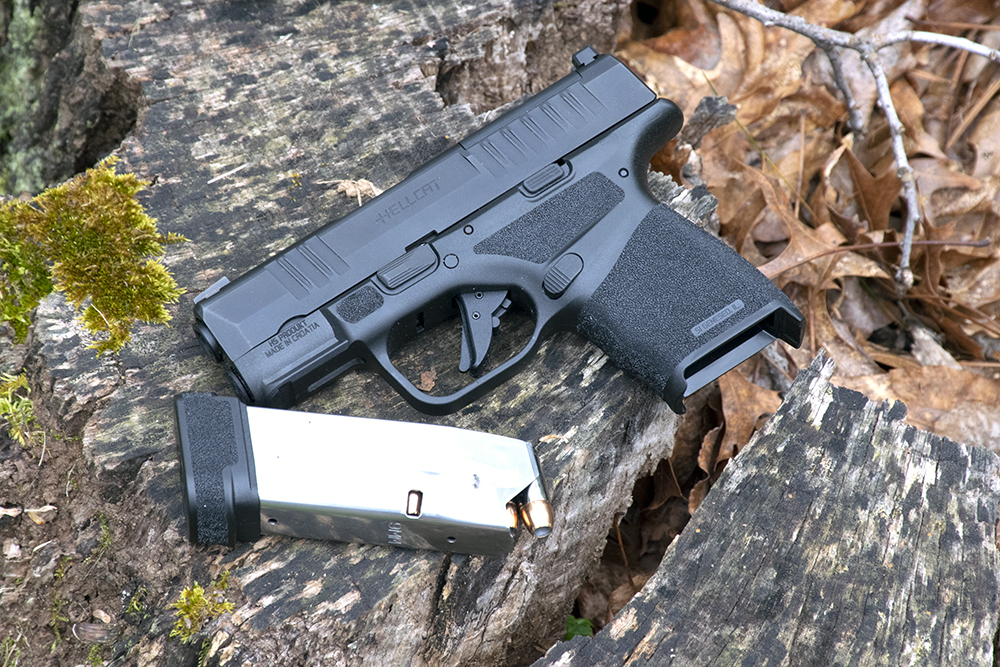 I chewed up a lot of brass doing gun reviews right before this COVID-19 thing hit. The gun I was working on as the collective crap hit the big reciprocating device in the sky was the Springfield Armory Hellcat.

This is a fine gun. A good shooter. So far, I've got about 400 rounds through it of various kinds of 9mm. Ammo fired so far in my testing is as follows:

The Springfield Hellcat I was sent is the OSP model, though as of yet I've not secured an optic for it. A follow up review should follow once I get that taken care of.

This is one reliable gun so far. I have no malfunctions to report with the ammo I've run through it. Of course, I've stopped shooting in an effort to save my ammo during this COVID-19 time, but hope to get back to the range to continue to test soon. 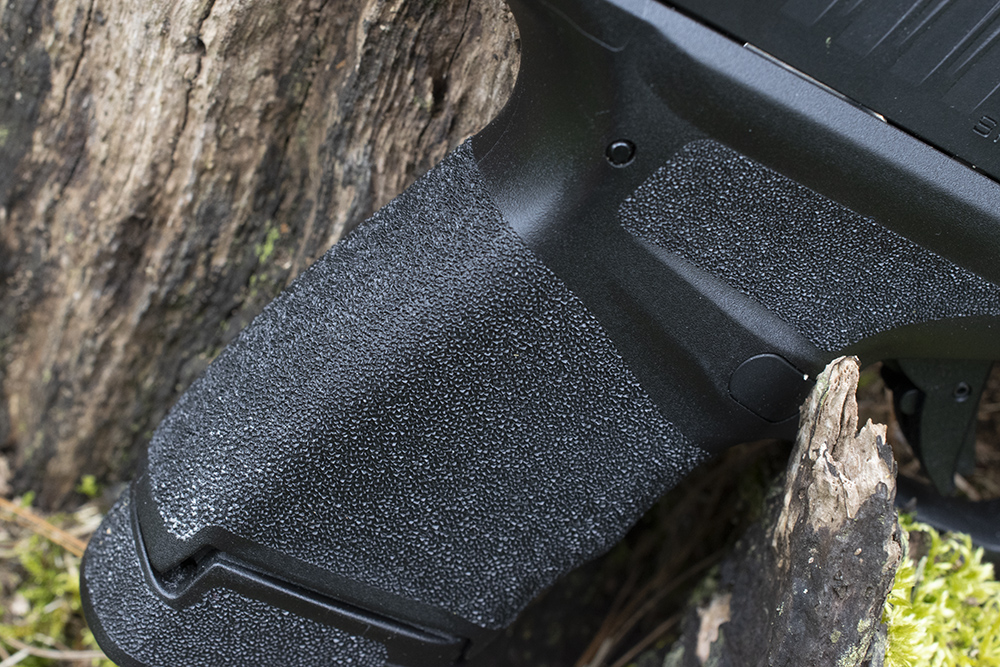 The Hellcat feels good in my much bigger than average hands. Though, I do suspect that people with smaller hands will also do well shooting this gun as it is just ergonomically correct.

Then again, a guy at the local range said it was like holding a piece of small lumber. So, there's also that.

The stippling is just right for me as someone who likes a little something to hold on to, but not too much that I can't carry the gun for fear of rubbing my love handles raw.

The stippling also seems to be in all the right places, as well. What I mean is that, besides on the grip of the gun, there's also a bit of it on other touch points like where your trigger finger and thumb rest along the frame. 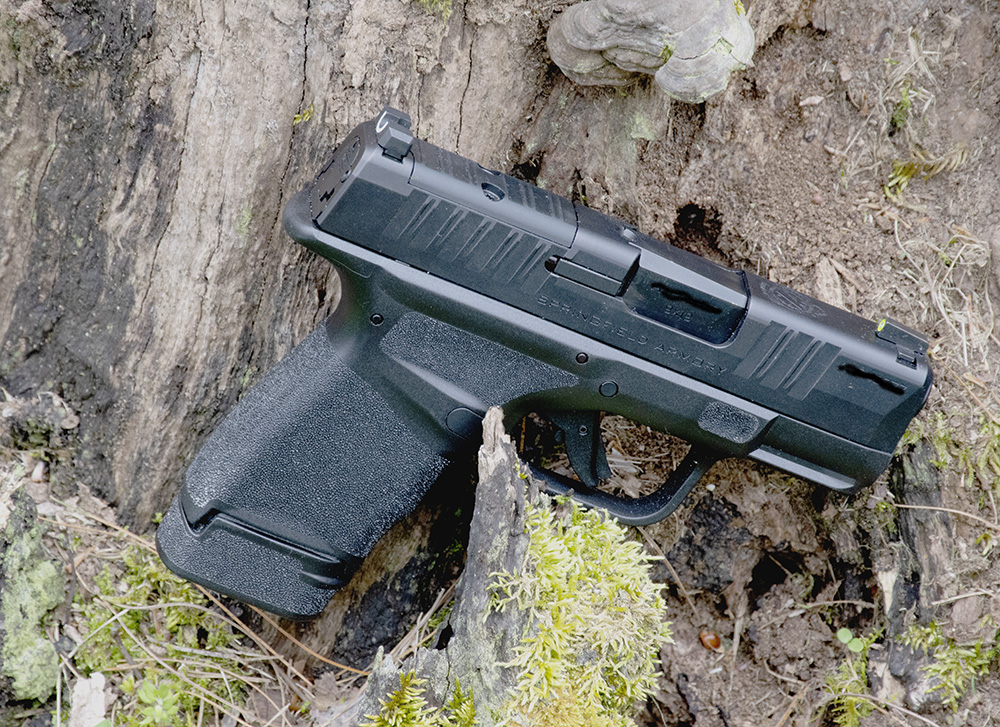 The controls are exactly what you'd expect in a modern day pistol like this with a slightly recessed slide stop and rounded off take down lever.

The magazines do drop free, and I have been able to find the mag release with my shooting hand thumb with ease each time I need to find it.

Much to the relief of many, it seems as if SA is starting to get away from many of the features that made the XD line of guns famous (or infamous). For example, gone is the grip safety, grip zone, and mushy trigger. Speaking of the trigger, let's go into that next — 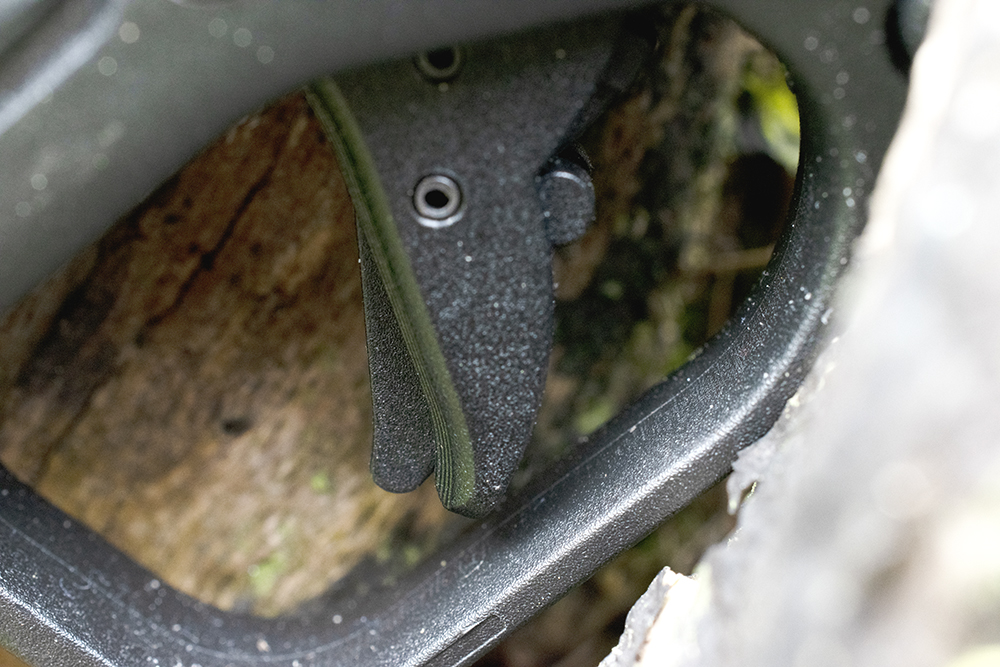 I'm actually quite the big fan of the feel of this trigger. There is a blade safety that must be fully pressed to shoot the pistol, but more than that, the trigger has a short take up before the trigger's wall is hit. After you reach the trigger wall, pushing past it gets you a nice, clean break that doesn't feel gritty at all.

Reset takes place quickly and happens right where the trigger breaks. The trigger shoe is flat-ish. I say it like that because you do have to get past the blade safety first. Once that blade safety is defeated, the trigger is flat and crisp.

Where the Springfield Armory Hellcat really stands out away from the competition is in sheer capacity. Having the ability to pack 13+1 rounds in such a small stature is a huge plus for me.

When other gun manufacturers are releasing tiny guns with equally as tiny capacity, some, like Springfield Armory, have given us what we wanted all along — to be able to protect ourselves in reliable fashion without sacrificing the amount of ammunition we carry as we conceal the smallest gun possible on our bodies.

I mean, is it really that hard? Take note, gun manufacturers who aren't doing this yet, because if you don't change with the times you'll be left behind. 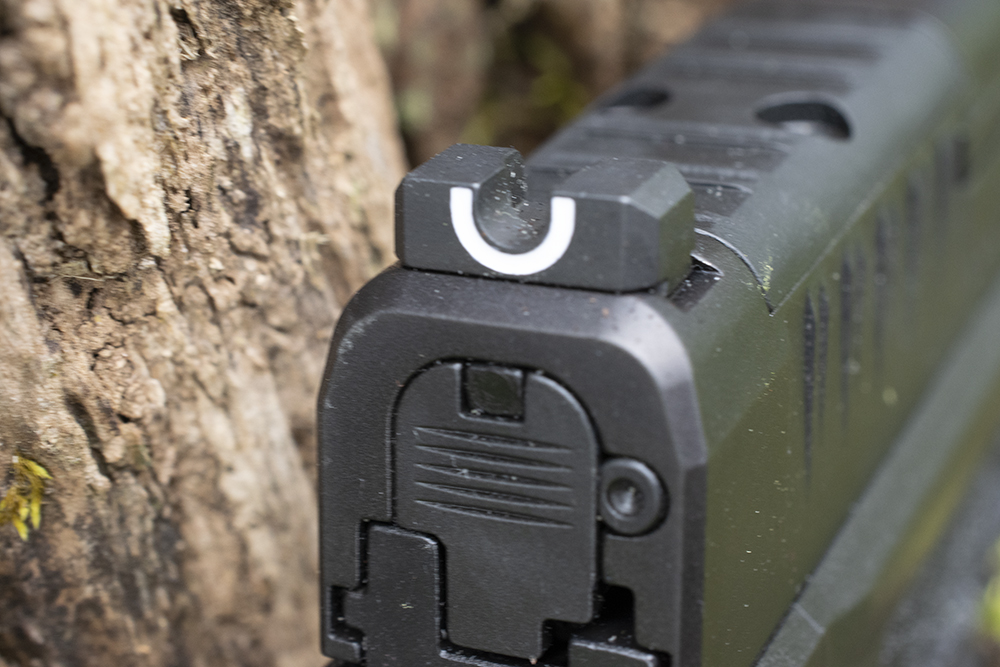 I'm going to differ from some of the other reviewers out there on this. At first I wasn't sure what to think about the sights and, namely, the rear U-shaped sight in particular.

I don't like it. It is so different than what I'm used to I find myself focusing on it instead of the front sight. That may sound counter-intuitive, but I've actually moved away from standard rear sights and have began blacking out the rear sights on my three dots.

The main reason why, is because I have ADHD as it is and can't focus on more than one thing for too long. When my eye sees something else, it looks at it. I've found that with blacked out rear sights my focus doesn't shift anywhere near as much. 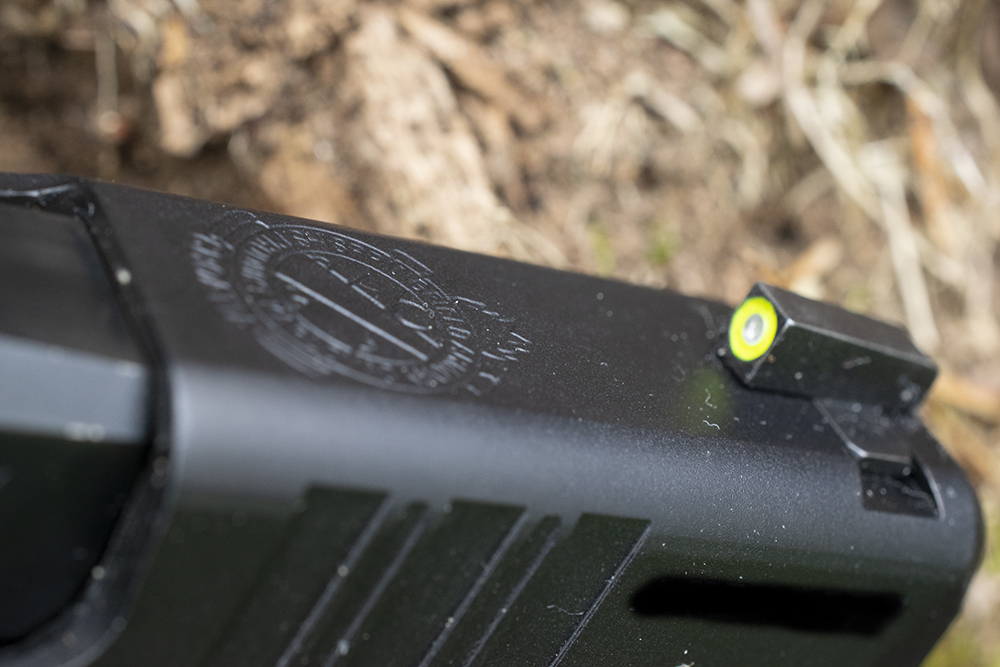 The front sight, on the other hand, is a bright tritium night sight that does well for what it's intended to do, though I have not shot this gun in low-light as of yet.

The price is comparable to other similar guns out there. MSRP is from $569 – $599 depending on if you go for the standard model or the OSP model.

There is a standoff feature, meaning that if you need to fire the gun while it's up against an attacker's body you'd be able to keep the gun in battery actually allowing you to shoot. I've not tried this yet, but the stand off feature integrated into the front of the recoil spring's guide rod isn't as large as some others out there. It does have some stippling-esque texture on it, as well.

Something else I'm a huge fan of on this model, is that the accessory rail isn't proprietary like another gun manufacturer did on their high capacity micro-compact pistol. I don't usually add stuff to my guns, but I know plenty of people do and having the ability to just buy what you want is a huge plus.

Overall, I'm happy with the Springfield Armory Hellcat. it's a reliable gun so far with the four different brands of ammo I've put through it, but it's only been about 400 rounds so far. I'll continue my testing and will update when I can locate a micro red dot for it.