Join Our Newsletter
Shop Our Store
MAIN MENUMAIN MENU
By Matthew Maruster on August 21, 2020 in Gear 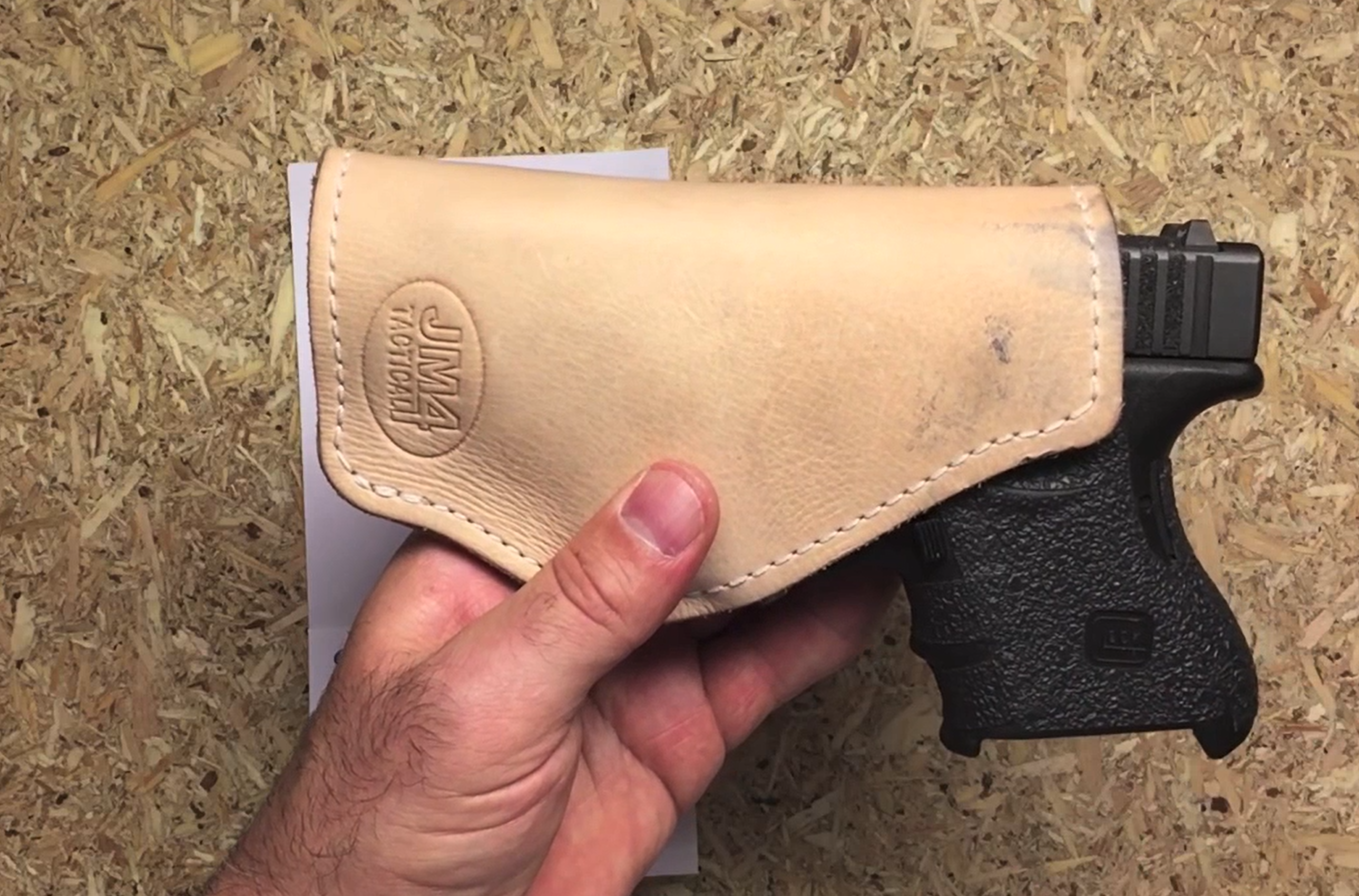 In the 6 years since I first spoke with Chad, the owner of JM4 Tactical, the Quick Click and Carry (QCC) holster has become a favorite for many concealed carriers. Its success is due to its simplistic design and the unique method used to attach it to clothing.

What Makes The QCC Different:

Six years ago, when JM4 Tactical was a relatively new holster company, holster construction was pretty straightforward. Make a holster out of Kydex or leather, and slap a clip on it. JM4 decided to try something different and produced their first holster called the Quick Click and Carry (QCC).

This idea caught on quickly and helped the company rise to be one of the fastest-growing holster manufacturers in a crowded market. The unique design is very identifiable with the magnetic flap that goes over the waistline. 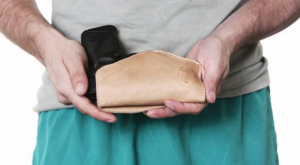 Is the QCC a Good Concealed Carry Holster?

As mentioned, the QCC  uses super powerful rare-earth magnets to clip on the clothing. The idea is that by using a magnet instead of a clip, the user could fasten it directly to clothing.

Before the QCC, many people who didn't wear a belt opted to off-body carry or used a different method such as a belly band holster. Over the years, numerous people have left reviews talking about carrying their everyday carry (EDC) handguns while they wear scrubs, skirts, or athletic clothing.

How Does the QCC Perform?

I remember being very skeptical of the ability of the QCC's magnet to provide enough retention to keep the holster attached to clothing. However, in 2016, before speaking to Chad, I ordered two of the original QCC holsters. One holster for my wife, the other for me.

I found the magnet to be much stronger than I anticipated. This magnet wasn't the typical one you use to hold your kid's artwork on the refrigerator.

Instead, the powerful magnet was strong enough to keep the holster clipped to the clothing. Even thick clothing like jeans or sweats was not a problem for the magnet. 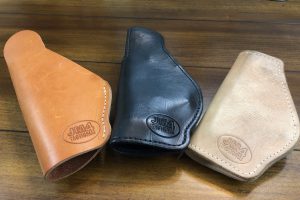 Since the original came out, JM4 Tactical has released other versions of the magnetic holster.

For the majority of the time I carry my handgun, I prefer a Kydex holster. However, I found this holster a terrific option when I wore sweats or athletic clothing. I also realize that my preference for Kydex may not be everyone's choice.

On the other hand, my wife prefers this over all other holsters she has tried. It has been 6 years, and this is still her go-to everyday carry holster.

The magnets also provide a level of retention, which keeps the gun seated inside the holster. Of course, the retention isn't the same as a duty holster with a thumb break, for example. However, it does keep the gun secured while running.

A unique feature of the holster I like is the ability to stick the holster to the inside of my gun safe. I've also seen some people who attach it to other objects in their home or work. If you're doing this, you have to assess the risk of whoever has access to the gun.

The QCC's material is a very nice top-grain leather. The Herman Oak leather is firm enough to form around the gun yet soft and pliable. The leather inside the holster is just as smooth as outside.  Those concerned about the finish on their gun appreciate that the gun is not rubbing against rough, unfinished leather. 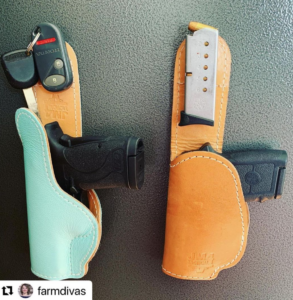 Owners of the QCC have become very creative with how they use the holster's magnetic feature.

The Quick Click and Carry holster from JM4 Tactical was the pioneer of magnet holsters. The QCC's produced in Texas, and Chad, the owner, is a fellow Marine Vet. Folks have had great success with the QCC and have commented that the customer service and return policy are excellent.

If you are looking for an alternative to the belt clip, consider checking out the QCC holster from JM4 Tactical.

Episode 440: The Gray Area – When You Can Make Threats With A Gun
Glock’s 43X and 48 Get the MOS Treatment