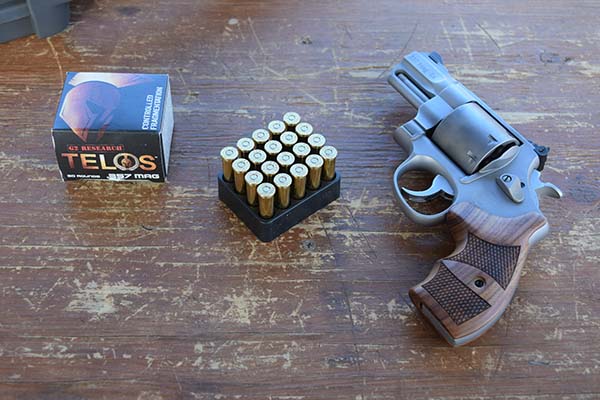 I love revolvers. I've got a couple of them, and carry one a few times per week. I like my semi-autos, too, and believe they have their place within my concealed carry regimen, but there's just something about the simplicity of a wheel gun that I love. In anticipation of a gun review I'm doing on a Model 627 S&W 8-shot revolver, I figured I'd list out some of the reasons why I believe it's a good idea to carry a wheel gun for self-defense, as well as a few issues we face as revolver carriers. 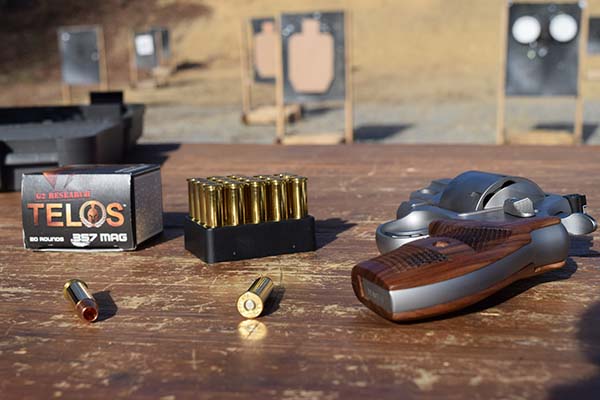 There are quite a few positives to carrying a revolver, and why I do carry one on a weekly basis. Here they are–

Believe it or not, you can have your cake, with a wheel gun, and eat it too. What I mean, is that there are revolvers available in the classic cartridges like .38 special, .357 magnum, .44 special, etc., but also 9mm, .40 S&W, .45 ACP. etc. This is a good thing because, if you're cheap like me, and you own a few 9mm pistols but want a revolver, as well, you won't have to stock another type of ammunition.

I'm not going in the direction you think I am with this one. Nope, instead, let me tell you that if for some reason you have a light primer strike, or a dud round, there is no malfunction you have to clear. With your double-action revolver, simply pulling the trigger again will cycle the next round in front of the hammer, and unless there is a problem with your gun, which isn't likely, it'll go bang when you need it to.

For the reasons stated above, and the fact that there just isn't much that goes into a revolver, makes them less likely to break. Any well made firearm will perform for decades, but there are revolvers from over 100 years ago that function just as they did when they were first made.

I drop a snub-nose revolver into my pocket a few times per week, and I know others who carry one as a backup to their M&P on their ankle. Either way small guns are easy to conceal. Granted, there are a lot of small semi-autos as well, but most people who carry a revolver for a backup gun, actually do so for reliability purposes.

Literally, just make sure it's loaded up with the proper ammo, aim, and shoot. If you do your part, the gun will do its part, and it can be a match made in heaven. Then again, there are issues as well … 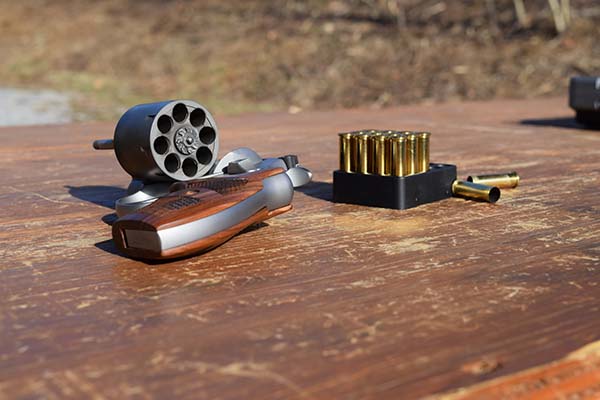 I'm not sure I'd call them issues, but there are some things that you need to be aware of if you're new to this game. First, some of the worst advice I've ever heard given at the gun store, is this:

Oh, you're looking for a gun for your lady, she'll never be able to pull the slide back on a semi-auto, just buy her a revolver instead. Anyone can shoot one of those accurately.

Let me just state right here, that if you or your lady has a hard time pulling the slide back on a semi-automatic pistol, neither one of you will be able to manipulate the trigger properly on a double-action revolver, either. The best bet here, is to bring whoever you're buying a gun for to a range that rents guns and find the perfect one that way.

Many double action revolvers have a trigger pull in the area of 12 pounds, which is atrocious for someone without finger strength. Then again, we can work this into a positive, as well, because such a long, hard trigger pull usually equates into a safe firearm because a deliberate pull of the trigger needs to happen in order to fire.

Most revolvers come standard with 5 or 6 shots these days, with the rarity coming with 7 or 8. The one I'm testing from S&W is an 8-shot Model 627, chambered in .357 magnum. I'm carrying it concealed, and have been for a bit. On those days when I drop my snubby revolver into my pocket, it's a 5-shot gun. That could be an issue if I need more ammo than I actually have.

What would you add to this list? Any pros or cons to carrying a revolver for your EDC? Let me know what I missed in the comments below. Then, make sure you like our Facebook page, if you're ever on that social media platform.

27 Responses to Pros and Cons To Carrying a Concealed Revolver