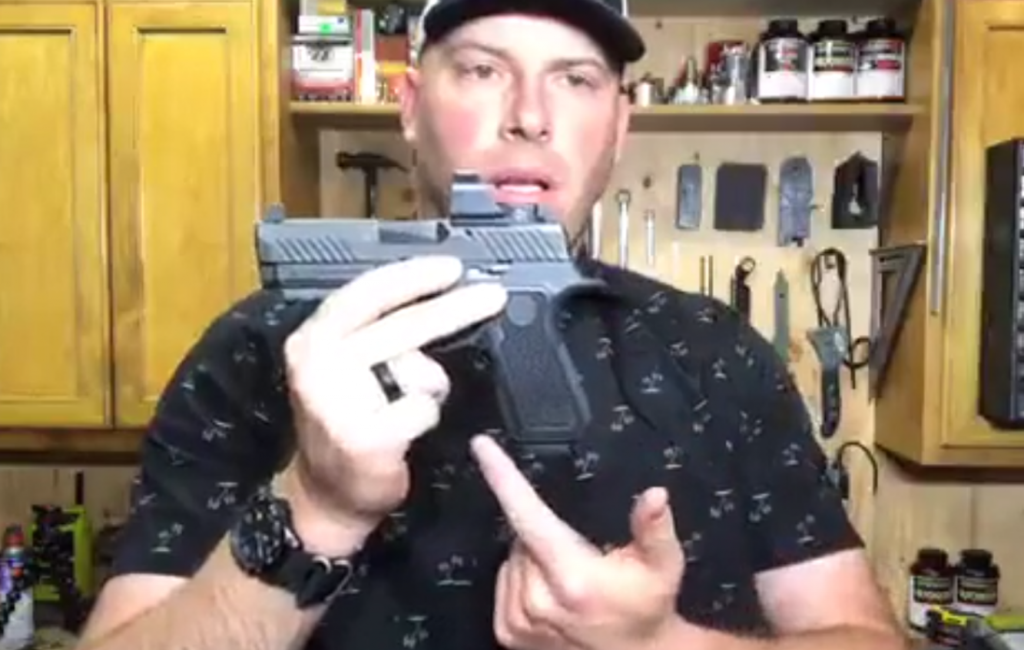 One of the easiest ways to up your shooting accuracy and proficiency is by adjusting the way you hold your gun when you're shooting it. Even if you're already currently shooting with a modern, thumbs forward grip, you can still likely improve by following some of the tips in the below video.

If you've never heard of a thumbs forward grip before, read on.

In the industry, we call the way you hold your gun, your “grip.” Grip can actually mean a couple of different things, though, depending on what you're talking about.

First, it is something that you do. You're actually gripping the handgun. Second, it is also actually a part on your handgun — the part you actually grab onto when shooting. While it may sound strange, you grip your grip.

The way you hold your gun when you're shooting is extremely important for both accuracy and control. If you're gripping the gun too low on your gun's grip and allowing a big gap between the web of your thumb and the beaver tail of your gun, it'll feel like it recoils more when you're shooting it.

The muzzle will flip up higher and you'll have a harder time acquiring your target for follow up shots.

You therefore want to have your dominant hand as high up on the gun as possible.

Riley takes it a step further when he instructs students. Just having a high grip isn't enough. He teaches people to bury the gun's beaver tail into the web of the thumb (as can be seen in the below video), thus eliminating any gap. 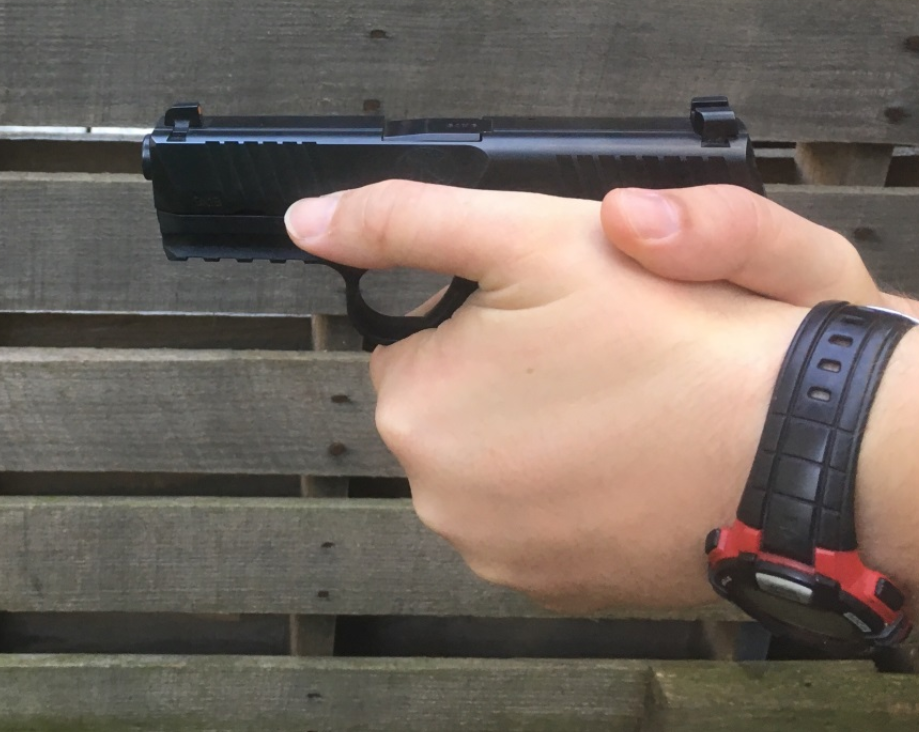 Even the slightest gap can decrease the amount of control you have over the firearm as you're shooting it, causing you accuracy drama and increased wait time between follow up shots as you wait for your sights to settle back on the target again.

But there's also another part of this that many shooters don't even think about, as they buy guns with grips that are too tiny to function properly.

The pinky finger's importance for controlling recoil cannot be overstated. Sadly, a lot of folks diminish the importance of the pinky finger's role in a proper grip and end up carrying guns without a grip tall enough to help them control the recoil a bit better.

If you look at the way the gun recoils and the motions it goes through when doing so, it makes sense that a firm grip that includes your pinky finger is extremely important because it acts as a counter lever to that recoil. If you can prevent that lever from moving in that direction as much as you can, it'll in turn limit the amount of movement in the gun, overall.

It's like putting pressure on the very bottom of the thing that moves, to help prevent it from moving. A proper grip, to include your pinky, goes a long way to help shooting accuracy and recoil management.

All of the above takes place before the support hand even comes into play to offer its help in stabilizing the gun as you're shooting it, which is the final step (that we'll talk about here). There is a lot more that goes into it than just support, however.

In the below video (the sound cuts out early but comes back), Riley discusses all we've talked about so far, as well as how he uses his support hand to gain even more control of the gun as it's recoiling:

If you found this video helpful, we do these regularly. Each Monday Riley does what is called a Shop Talk video live on Facebook, so make sure you give us a follow and a like to be notified of when they're taking place.

Then all of these past videos (including all future ones) can be found on our videos page. When you get a chance, go through them. He drops some serious gold nuggets designed to help you achieve the goal of being better prepared for a self-defense encounter. They're all free to watch.