Join Our Newsletter
Shop Our Store
MAIN MENUMAIN MENU
By Matthew Maruster on January 11, 2022 in Safety 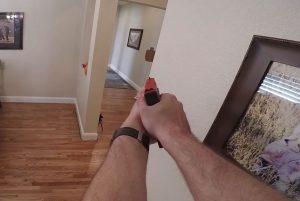 There is a belief that only inexperienced or reckless gun owners have unintended discharges. But is this true?

We searched the internet to find anyone who posted personal accounts of UDs during dry fire. We also asked our readers and our contacts in the gun industry if they would let us know if they had ever fired a round during what they thought would be dry fire practice.

As you can imagine, not everyone who fired a round during dry fire is excited to announce it. This reluctance to air mistakes is especially true for those with years of experience in the industry. We received several stories. Some stories came from new gun owners. A few came from well-known professionals gun in the industry with thousands of hours and many years of professionally carrying and using firearms at very high levels.

Over upcoming weeks, we will publish all the stories in hopes that we can all learn how to guard against what went wrong. Where necessary, I'll include some important descriptions of the individuals involved in the stories. However, I have decided to withhold the names.

How I killed my Refrigerator —

I'm a local competitor and have taken hundreds of hours of classes and many more hours of range time. I've dry-fired countless times. Conducting thousands upon thousands of checks, magazine, and chamber clears, and so on. I always follow the layers of systems to be safe.
But this time, I apparently didn't.

I'm unclear on whether I missed clearing from a magazine or a chamber, but I “saw without seeing.” I've been so used to seeing nothing there, that this time I fooled myself into seeing nothing at all.

Fortunately, I followed all other safety protocols and only killed my fridge.
All I expected was the familiar click while using the Mantis, but I got an enormous bang reverberating around my kitchen. Smoke hung in the air, and my jaw lay on the floor. I was in shock.
The 9mm HP round penetrated the stainless steel door on the fridge, punctured through the sidewall of the refrigerator, pierced the pantry wall, and didn't stop until my home brick exterior wall absorbed it. (A lesson in itself.) 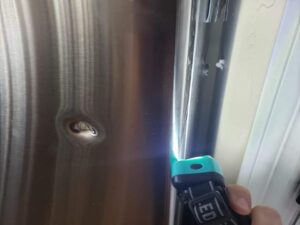 I was sure I had followed the process correctly. I checked the magazines, the chamber and was careful to remove ammo from the room. I had to watch my home interior security footage to accept that I'd somehow screwed up.
I had a heck of a time explaining it to my wife.

It's been tough to accept that I had done something like that, but I've recently been able to swallow my pride, accept my mistake and move on. Posting here is part of my humbling and “repenting” process, even though some time has passed.

It's [the UD] given me a new appreciation for the layers of redundant safety measures that allow me to be holding a funeral for my refrigerator and not a family member.

It doesn't matter who you are or how certain you are of your process. Complacency and repetitiveness make us all vulnerable. My mistake was, at its core, complacency and expecting to see something instead of actually focusing.
I've left the hole in the fridge as a constant reminder. And it works.
Best of luck to all of you! Be safe! 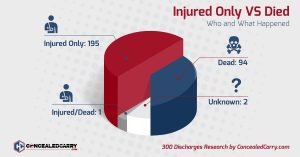 I hope you all are as grateful to the author as I am that he shared his story. I pray that we won't be too quick to dismiss this story as something that could never happen to us. No one who has experienced an event like the one in this post intended it to happen. Therefore we should all guard against complacency and continually assess our systems and processes, even more so if we've been doing the same thing for years and years.

Here is a story from a gun shop employee and Range Safety Officer (RSO) who had an unintended discharge.

We have found a device that blocks the chamber, making it impossible for an unintended discharge to occur. It also provides a visual indicator that the firearm cannot fire. And the device does not affect the mechanical function of the gun.

The simple device is called BarrelBlok. Here is a recent post on the merits of the product.

Please consider using a BarrelBlok every time you conduct dry fire practice. After seeing how to use the product, I think you will agree that the product should be a fundamental safety device for every gun owner. 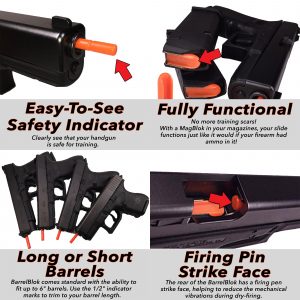 5:32
Elite Military Medics On Scene To Save 2 Civilians
2 views