Join Our Newsletter
Shop Our Store
MAIN MENUMAIN MENU
By Joshua Gillem on May 23, 2018 in Opinion 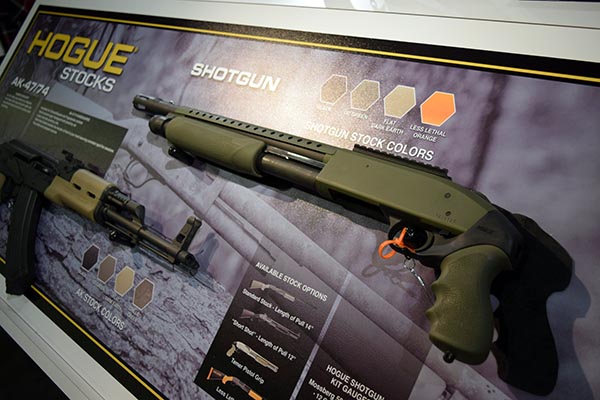 So, there's good news and there's bad news. The good news is that America's favorite sporting rifle was not involved in the latest school shooting in Santa Fe, Texas. The bad news is that there is now an even bigger spotlight on other types of guns, as the gun grabbers realize that what we've been saying all along about there being other weapons, is true.

All this does is steepen the angle of the slippery slope we speak of here, on our website. And, when we say things like what the NAGR President just said, all it does is hurt our end game. This quote was pulled from the Chicago Tribune:

When used at closer ranges, the average bird-hunting shotgun is actually more deadly than the much-vilified AR-15, said Dudley Brown, president of the National Association for Gun Rights. Banning AR-15s will do nothing to stop disturbed and deranged shooters.

While I understand what he's saying, what do you think the gun grabbers will go after next? Would it be the “average bird hunting shotgun?” Or, would it be semi-auto handguns? Revolvers? Does the end justify the means if all we're doing is hurting our chances for the long haul?

I mean, we keep pointing out that other guns are just as deadly as the AR-15. Don't we?

What's next? Bolt actions? Some properly trained folks are much more dangerous with a scoped Remington 700 than they are with an AR-15, so let's not ban the AR-15!

When you look at statements like those with a set of fresh eyes, even if they are true (because they are), all we're doing is setting ourselves up for failure later on down the line.

My suggestion is that we need to change our argument from, “there are other deadly firearms, so why ban the AR-15,” to “banning guns is not the answer at all, ever. Period.”

Then when they ask what to do instead, we say: Instead of disarming the people who are both willing and able to defend the lives of children in school, let's give them the ability to do something when an active shooter situation happens. Let's give them guns and the training they need to defend themselves and their students.

I'm not talking about a class off school property. I mean, the shooting portion should take place at an actual gun range, sure. But, what about how to handle an actual situation? How about how to defend from certain positions within the school? How to handle bottlenecks? What should the teachers who are not armed, do? So on, and so forth.

There are things we can do outside an outright gun ban, even though that's the only thing our opposition wants to talk about, which will not work.

Then, once that doesn't work because clearly shotguns and handguns can be used, as well, they'll come for those next. Let's stop arming our opposition with ammunition for their end game and beef up our offensive right now with knowledge and saying things that are actually a solution.

There are things we can do that won't erode our freedoms as American citizens that will work. What a shame that they won't listen to us.

To arm willing, well-trained school personnel is the answer even if the anti-gunners won't admit it. As far as I can see, it's the only course of action, and the only way forward that will work and not take away our rights at the same time. I agree that something has to be done. We need to stop psychos from killing innocent kids. But, taking away our rights is NOT the answer. Arming people who are willing and able, is.

Did I leave anything out? Do you have any suggestions? Let me know in the comments, below.