Join Our Newsletter
Shop Our Store
MAIN MENUMAIN MENU
By Joshua Gillem on February 24, 2021 in Opinion 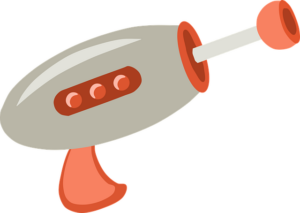 It seems like the topic of smart guns is coming back into the forefront of attention for both the anti-gun media and politicians alike. But are smart guns a good idea? Or, is this a disaster waiting to happen?

If you don't know what a smart gun is, it's something along the lines of what you'd see in many futuristic movies where each gun is somehow encoded to only work for the individual it is meant to work for. In order for the bad guy to use the good guy's gun he has to remove a finger and carry it around with him for his finger print.

So once again we find ourselves the lab rats as politicians try to make movies come to life.

I honestly don't have a problem with the theory of smart gun technology. I think that, in theory, it would be cool to have a gun that only my wife or I could shoot. But, to me, it really stops at theory because there is so much that could go wrong with these things that something inevitably will go wrong.

The tech is not there

It really boils down to a few different things, tech wise, as to why these things likely won't work. One only has to look as far as the fingerprint gun safes that are out there to see that we are pretty far off from having tech that will actually work the way it is supposed to.

What if it's not a fingerprint thing, but an RFID thing?

Well first of all, I'm not putting an RFID chip anywhere near the inside of my body, and that's really the only way something like that would work.

Because the technology isn't yet good enough, at least on a large scale, there is room for error. Imagine someone breaking into your house at night, only for you to get your gun and it not fire because there is a problem with the tech reading your finger print?

Do you ask the perp for a moment while you adjust your finger to get it to the point where you can defend your life?

In the decisive moment of a critical incident you need to be able to protect yourself because things could go awry in a split second. That split second is not the one you need to be messing with your “smart gun” because it decided to be stupid and stop working.

Can they be hacked?

More realistic, can they be accessed remotely by anyone, not just hacked? In other words, can the manufacturer or the government suddenly turn off all the guns because it's time to take over the world?

Don't laugh. Let's not forget why the founding fathers made sure we had the right to keep and bear arms to begin with. If there is even the slightest chance that my guns can be turned off I don't want any part of it.

You can't have it both ways

I lost count of how many times I've seen the argument of “the Second Amendment only applies to muskets” and other similar, idiotic statements.

Of course we almost always fire back with the quill pen and typewriter argument, saying that if that thinking applies to the Second Amendment then it should also apply to other rights where technology also changes.

But the thing is, you don't get to say that the 2A only applies to muskets while simultaneously ushering in a new era of firepower.

If that doesn't make the gun grabbers hypocrites then I'm not sure what does.

At the end of the day, the most important thing is that we let the market decide. This is not the sort of thing that should be forced on us if we don't want it.

Plus, it's also important to note that any small businesses would likely be put out of business for a lack of ability to adapt to the changing market if smart gun technology is forced on us. The little guys won't be able to spend the same amount of money on research unless it's freely made available.

That will decimate our industry and kill countless jobs. Not good. Unless, ya know … that's the end goal.

I think in theory smart guns are fine if an individual consumer wants that kind of tech to keep their own “guns safe.” If that is the case, then that's fine.

However, I think the idea itself is dangerous to freedom if it is forced on us with a law. The market should ultimately be able to decide if they want it. I personally would never consider buying a smart gun. There are too many issues, and technology breaks all the time.

4 Responses to Are Smart Guns a Smart Idea?