Join Our Newsletter
Shop Our Store
MAIN MENUMAIN MENU
By Joshua Gillem on August 28, 2019 in Gear 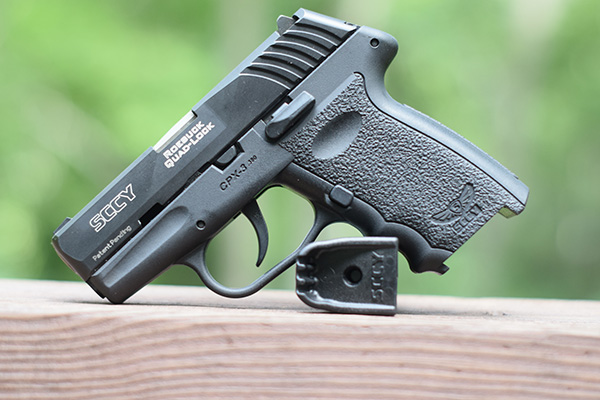 The .380 Auto cartridge isn't the hardest hitting self-defense round out there, but it is popular among many concealed carriers. The typical 90 grain 380 bullet leaves the muzzle traveling about 1,000 FPS and is capable of transferring about 200 pounds of energy upon impact, depending on how long the bullet has traveled before it hits its intended target.

In many circles including the ones most of us here on staff at ConcealedCarry.com hang out, the .380 Auto is likely the smallest caliber you'd want to use as a self-defense tool.

However, there are some huge benefits to using a .380, in the proper platform. Those benefits are really apparent during my time so far with SCCY's newest pistol, the CPX-3. Keep in mind here, that when I say “proper platform” I'm talking about a bigger gun, not necessarily one of those micro compacts like the Beretta Pico or the Taurus Spectrum.

With a 2.9 inch barrel, this is a small gun, but it is beefy. In comparison to the above two listed pistols, the Pico weighs 11.5 ounces and the Spectrum weighs 10 ounces. This SCCY 380 weighs 15 ounces.

It's also a double stack with a slightly longer grip, also adding to its tiny heft. 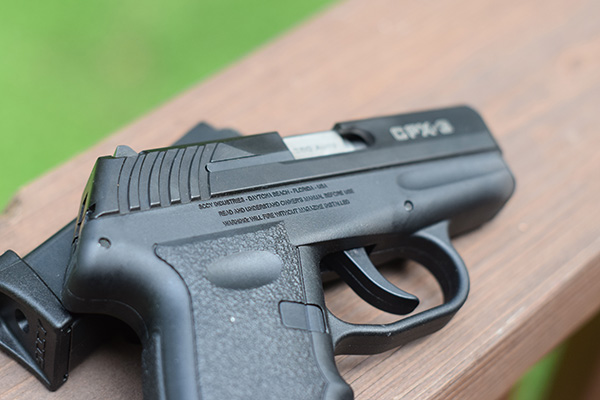 To some degree, when shooting .380 Auto, many people make the false assumption that it recoils less because it's a smaller round. While physics dictate that this is true if all other things are the same, a lot of the time the guns are smaller and absorb less of the recoil.

Because the gun is smaller (like the other two listed above) and doesn't absorb as much of the recoil, it's then transferred to the shooter. Therefore, even though .380 ACP produces less than any of the other acceptable self-defense calibers, it's usually felt more.

The SCCY CPX-3 doesn't have this problem. This handgun is very manageable, recoil wise. Its bigger frame absorbs that recoil well, and the fact that the frame is big enough to get a full combat grip only helps matters.

Since it has a pinky extension on the double stack, 10 round magazines, I can even get my massive hands on it almost completely. Oh, and it comes with three (3) magazines which is incredible for a gun manufacturer to give us.

The pistol is smaller than its 9mm counterparts are, and fits in my hand — literally. 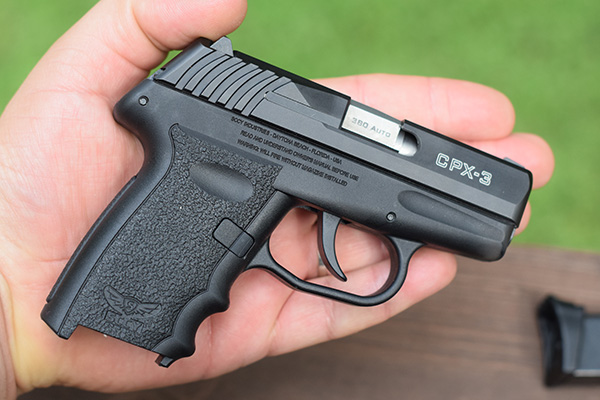 The CPX-3 is a pleasant shooter, with a thinner grip than with their 9mm guns and a lighter than average recoil spring. What this translates into is an easier time racking the slide. It isn't quite as easy to rack as the S&W EZ is, but is a huge improvement over other .380 guns I've felt.

I will say that I'm not usually the biggest fan of finger grooves on a pistol. I usually go by the mantra, “I'll put my fingers where I want them, thank you very much.” But, I don't have any issues with the grooves on the SCCY 380 pistol, because they just happen to be right where I'd put my fingers.

Then again, the grip is smaller than I'm used to shooting and there isn't exactly room for me to change where I'd put my fingers. Not a negative from me but someone with smaller hands may wish the finger grooves weren't there and you can't do much about it.

My favorite part about this gun, which may sound strange, is that the slide stop lever is perfectly placed on this handgun. It's also a great size and there is no mistaking that you're on it when you need to be. It is very intuitive. I also had no problems reaching the mag release, which is usually a problem for me because of the way my thumbs bend. 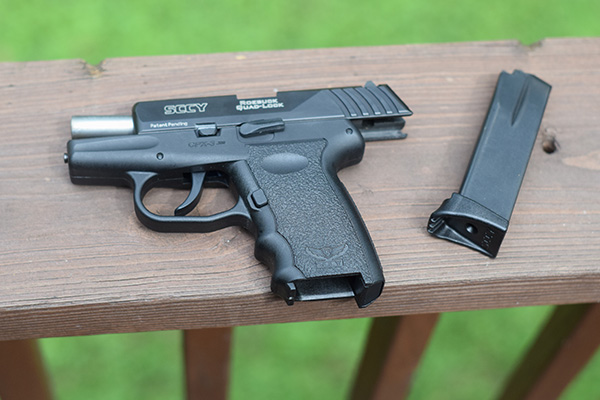 Take down does require the use of a tool, but is simple. Simply remove the magazine, make sure the slide is locked to the rear, and use a flat tip, knife, whatever, to pry out that little pin. I say pry, but it didn't require any prying and popped right out without much pressure.

I even used a knife tip to see how that'd work, and it was fine. I tried my finger nail, but that did not work. 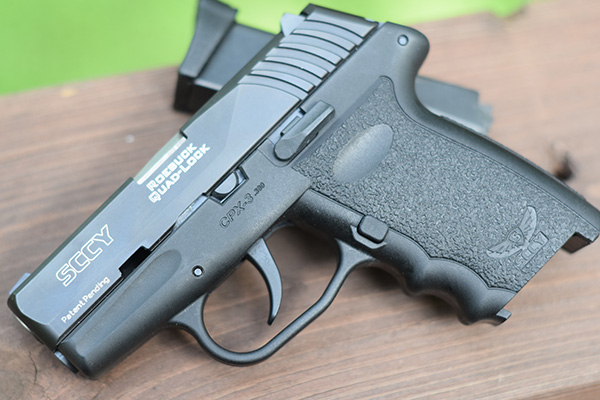 Right above the trigger, and in front of the slide stop, you can see the takedown pin.

The long trigger pull is where my biggest gripe is, but even the trigger feels pretty good for a DAO trigger. My last range day with it I brought a Taurus Spectrum for some .380 comparison, and the Spectrum's trigger is atrocious. Gritty, stacking, hard to pull, etc.

I'd guestimate that the trigger pull on the CPX-3 is somewhere in the neighborhood of 8-10 pounds, which is heavier than many of us would like. However, the trigger pull is very consistent from initial press to break without any felt grit that I've noticed. 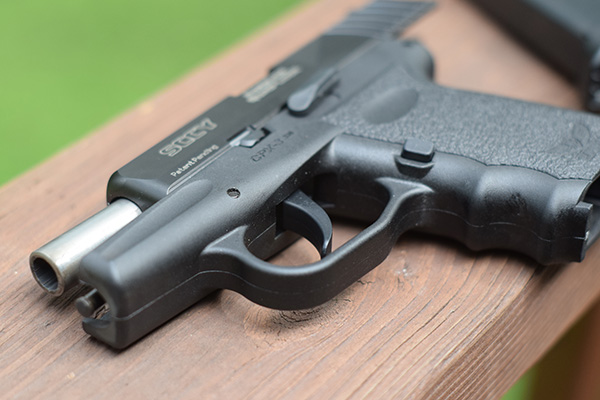 When a trigger pull is that long, it almost always comes with the expense of an equally-long reset and the CPX-3 is no different in that regard.

The reset is very long, and I had to make sure I made a conscious effort to push my trigger finger all the way out, mashing it into the guard, in order to reset the trigger. The average shooter does not have this problem. The reason why I ran into this problem is something you won't likely have to deal with unless your fingers are the same thickness mine are.

I have sausages for fingers and my finger actually hits the trigger guard before the reset happens. I change the way my finger falls on the trigger so it doesn't have this issue. I do want to add that every compact or smaller DAO gun I've ever fired (and there are a number of them) have had this issue. 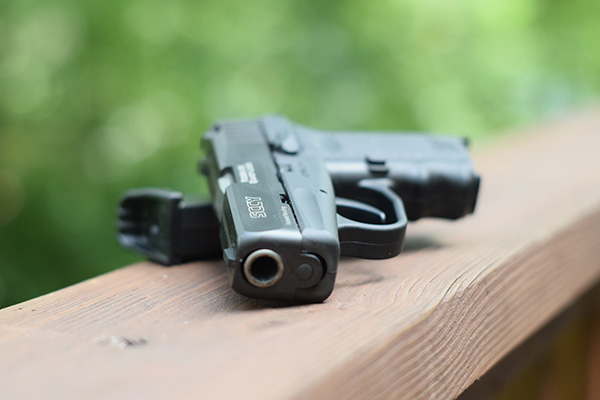 I've brought the CPX-3 to the range on a few different occasions, shooting different brands and types of ammunition. To get it out of the way right now, I've put Winchester white box, Blazer Brass, and Hornady hollow points through it. So far, the total is just north of 200 rounds.

And, so far, I've not had any malfunctions–which is counter intuitive from some of the keyboard warriors in forum comments that may or may not have any merit. They dis $305 guns, saying they must be junk.

Need I remind you that this gun is made in America and SCCY does have one of the best warranties in the industry.

I'll continue to test this gun, and update here as I do. As for right now, this gun seems like a winner for those of us who would like to carry 10+1 rounds of ammo in a lighter recoiling, easier to manipulate gun. 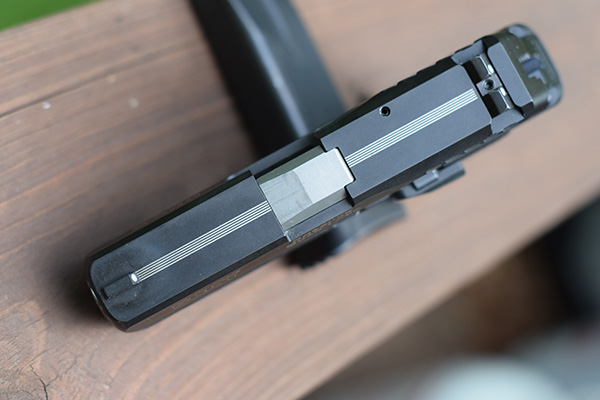 Here are some features for the SCCY CPX-3 that I pulled from their website.

Stay tuned because as I shoot this little DAO 380 gun more, I'll update this article. Also, make sure you leave your thoughts on it in the comments below.