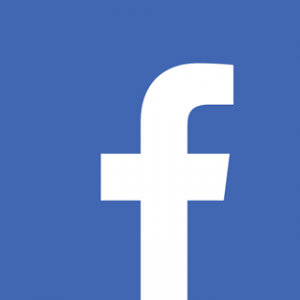 It's turning out to be quite the interesting news cycle. A lot of crazy stuff is happening to some good friends of ours and just when I think things will start to settle down, something else happens.

Everything has shifted from “orange man bad” to banning “coordinated inauthentic behavior.”

Well, orange man apparently still bad, but he seems to be the topic a lot less now that they cut him almost completely off from his supporters.

But to get back to the point, what is coordinated inauthentic behavior? What exactly does that mean?

Nobody really knows, besides maybe the people who make this stuff up over at the Book. But it seems as though differing opinions are not only no longer allowed, but so frowned upon that it will get you banned from the Facebook page you put so much work into growing.

Such is the case for our good friends over at The Truth About Guns, who had their Facebook page deleted just a few days ago.

Dan Zimmerman, their managing editor, said he woke up one day to login and their page was gone. All 400,000, or so, followers were gone. Their page was nonexistent as if it had never even been there.

We’ve done literally nothing that we haven’t been doing for ten years. In fact, I would argue that we’ve actually played a lot of things down the middle for the last year, two years, than we did prior. I understand Facebook dumped a lot of accounts that were using the hashtag “stop the steal.” We did not. We never got into the presidential election at all, other than discussion of the Biden agenda.

And of course, this comes on the heels of other bans, like Parler getting shut down at the host level, ARCOM getting the boot from Godaddy (again at the host level), Twitter silencing 10s of thousands of accounts from people they didn't agree with, and Facebook stopping gun accessory companies from advertising on their platform.

Finally, there is also the recent news about a source I won't name making an attempt at silencing popular gun YouTube channels. To my knowledge this hasn't happened yet, but Colion Noir spoke about it on his channel, here:

It seems like as of right now, we are in the midst of a new kind of gun control. This gun control seems to be happening more at the tech companies than it is by anti-gun politicians.

This makes me question, who is in charge here, actually?

While that remains to be seen, there is one thing I can say with absolute certainty: Buckle up gun folk, it's about to get bumpy.

What's next for the gun industry? Leave your thoughts on this in the comments below. But, be nice. Because, ya know, we don't want to get banned.