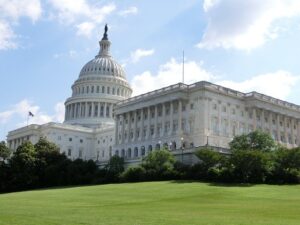 The 117th Congress wasn't even seated for a full week when a slew of anti-gun bills were announced for pre-filing. If this is a sign of what's to come then it is going to be a bumpy ride, to say the least.

There are a few that bother me more than others, but of course we'll have to wait and see what is actually in the proposals, before we can make any final judgements.

Here some of the ones I'm following a bit closer:

There is currently more than one state in the Union requiring gun owners to store their firearms and ammunition in a “safe manner,” and while I don't think that should be mandated at the federal level, that's not the part that bothers me.

The part that gets me is where it says to “require the investigation of reports.”

To me, this means that if I have people over my house and they see a box of ammo on my counter and report it, I'll get investigated.

H.R. 127 – To provide for the licensing of firearm and ammunition possession and the registration of firearms, and to prohibit the possession of certain ammunition.

This one scares the crap out of me.

The registration of firearms has always been one of the long-standing goals of the anti-gun crowd. After all, how can they take away guns if they don't know who owns them?

And of course they want us to be licensed to own guns and ammo, and prohibit the possession of certain types of ammo. They want to eliminate the stuff they deem to be “bad” that only “bad people” (AKA law abiding citizens) own.

H.R. 167 – To prohibit the transfer of a firearm at a gun show by a person who is not a federally licensed firearms dealer.

This one has been on their radar for a while, even though it isn't as much of a loophole as they'd like to think it is.

And of course, this doesn't really apply to criminals who will still be using the black market to buy and sell stolen and otherwise illegally-owned firearms. Because as we all know criminals follow the law so well.

H.R.125 – To amend title 18, United States Code, to provide for a 7-day waiting period before a semiautomatic firearm, a silencer, armor piercing ammunition, or a large capacity ammunition magazine may be transferred.

I'm not sure what a 7-day waiting period for the purchase of any of this stuff will do, but what do I know? After all, I'm just a dude in the industry with his ear to the ground …

On a different note, there is more here that is concerning to me than just this, like the “transfer” of a “large capacity ammunition magazine.”

Last I checked, I could just go into the store and buy a mag or have one shipped directly to my house. Unless, you know, y'all fools were planning to make magazines and ammo classified as “guns” in which case, we're all screwed.

What's next here? Who knows, but something I can be sure of is that I'm about to spend a lot of money on stuff I probably don't need just so I can have it in case I do ever need it.

Why? Because the anti-gunners have the majority and nothing good will come from that as far as the 2A is concerned.

If I were a betting man I'd wager that certain gun parts are going to be getting harder and harder to find. If I were you, I'd start to stock up on things like magazines.

What’s Next For Gun Rights? Nothing Good
Episode 469: The Mantis Elite Marksman