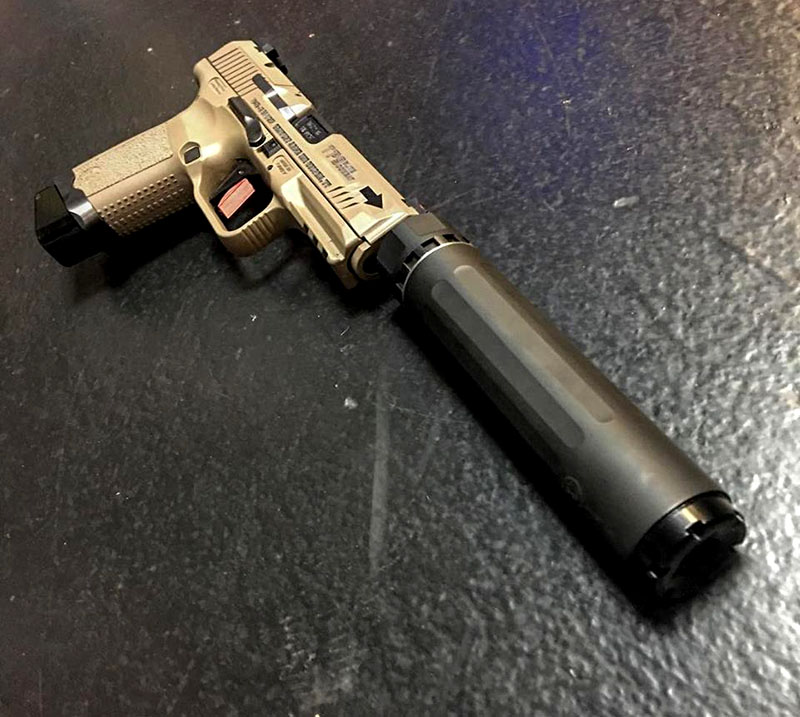 This is my opinion and some news rolled into one concerning the suppressor buyback scheme:

New Jersey anti gun politicians propose using federal grant dollars to buyback an item that is used in only a small number of crimes each year. Good job on this nonsensical proposition, guys and gals. You've nailed it.

The HEAR act, Help Empower Americans to Respond, proposal comes quickly on the heels of the Virginia Beach shooting where a man armed with a couple handguns, one with an attached suppressor, started shooting people.

Sadly, 12 people died and anti-gun politicians wasted no time to politicize a tragedy trying to ban an inanimate object that is already highly regulated.

Someone who survived that shooting said that the sound of the gun firing with the attached suppressor was about the sound of a nail gun, and the politicians ran with that.

It isn't true, of course, but that doesn't stop the gun haters from taking whatever action they deem necessary, and President Trump said he'd consider banning them, which certainly does not help matters.

The sound is pretty terrible, but you can watch it here:

Regardless of where you stand on the issue of suppressor ownership, this is not good for gun owners because it can be seen as another step on the slippery slope that we've discussed in depth before.

There are currently about 1.5 million gun suppressors that good people spent a lot of money on and had to jump through hoops in order to get. And, as stated above, they are rarely ever used in crime.

But, it is difficult to argue with facts when presented with raw emotion and the desire to do something, whatever that something may end up being.

It should be noted here that suppressors are already illegal in New Jersey, and, while legal in neighboring Pennsylvania, it isn't exactly like you can drive over state lines and buy one. There are tremendous hoops to jump through unless you illegally make one or steal one.

Both of which are illegal.

To summarize, the HEAR Act would do the following:

The economic impact something like this would have is tremendous unless they purposefully rip off the suppressor owners. I'm horrible at math so correct me if I'm wrong, but if we gave even $400 in exchange for the 1.5 million suppressors that's a bill of $600,000,000 that tax payers will have to make up.

When you take that cost into account and subtract the amount of crime NOT committed by people with suppressors, you end up with an enormous difference of idiocy that cannot be comprehended by people like you and me.

Then, when you figure out that many suppressors can cost at least double that and factor in the $200 tax stamp needed to buy one, that equals a lot of pissed, ripped off Americans who really just wanted to enjoy shooting more.

All that money, and we haven't even gotten into the number of jobs we'd lose by all the companies having to shut their doors down, shops being unable to sell, etc.

Let me know your thoughts on this in the comments below.

Episode 328: Historical Concealed Carry Guns with Ashley Hlebinsky
Should You Bring Your Gun To Church For Protection?

4 Responses to Suppressor Ban and Buy Back Put Forth