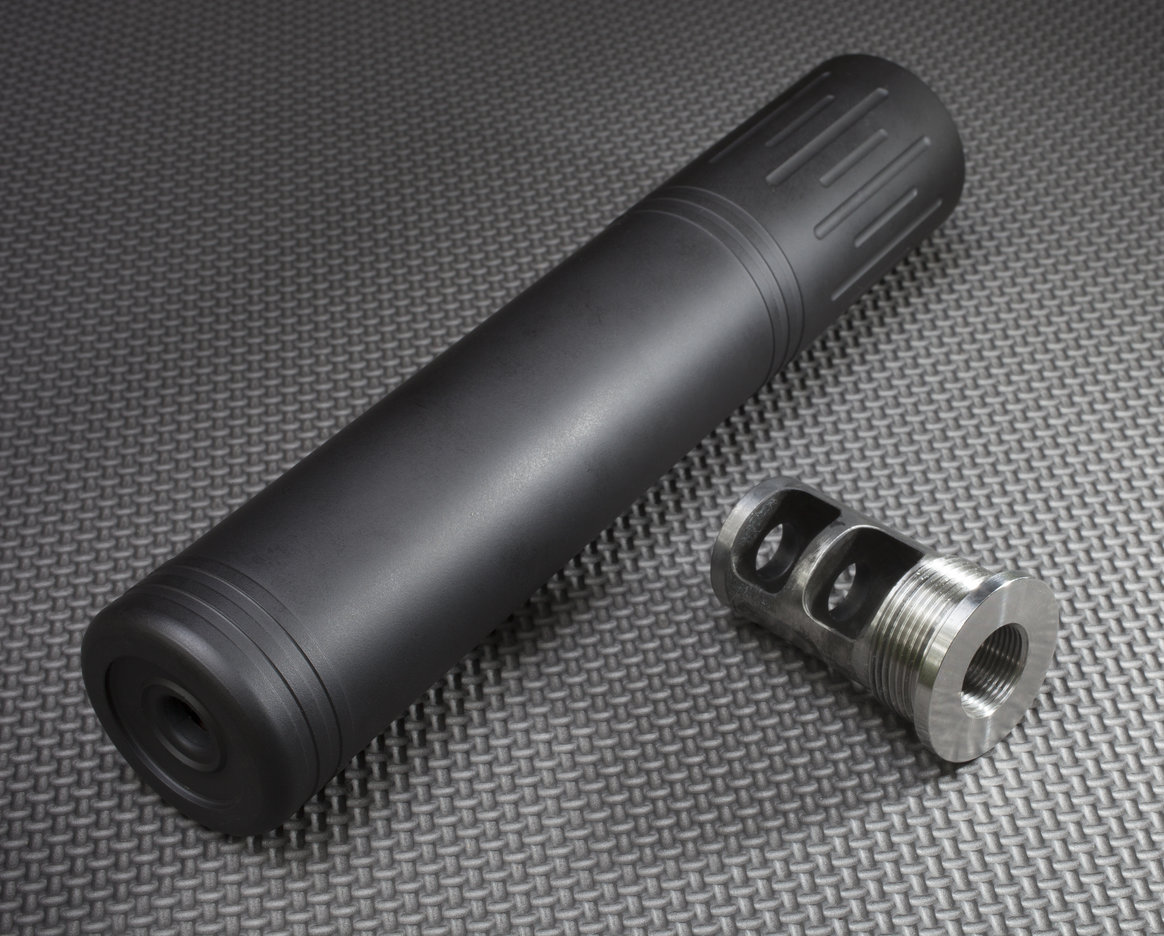 Suppressor for a rifle and the mechanism that mounts it

Suppressors are getting a lot of attention these days. The Virginia Beach shooting where the culprit allegedly used a suppressor on one of his handguns to slaughter more than 10 people is the reason for this attention. Let's take a moment to bust a few myths that our opposition has put out there concerning gun suppressors.

In all actuality, suppressors are very rarely used in crime, not silent, and can be made in the garage. Let's take a look at each one in more depth:

The truth of the matter is that suppressors are very rarely used in crime. From FoxNews and John Lott concerning the more than 1.3 million Americans who own suppressors:

These legal owners have been extremely law abiding. In the 10 years from 2008 through 2017, the BATF only recommended an average of 44 suppressor-related prosecutions per year. This means that roughly .003 percent of “silencers” are used in crimes each year.

One of the reasons why most criminals won't use them is because they're very hard to acquire. You have to jump through proverbial hoops to get one. And, in addition to the atrocious wait time and the cost of the item itself, which isn't cheap, you have to pay an extra $200 for a tax stamp.

Criminals are not willing to do this, so they aren't used in crimes very often.

I hate when I hear a pro-2A person call a suppressor anything other than “suppressor.”

One of the reasons why I don't like it when people call them “silencers” is because they don't technically “silence” the firearm and it gives off the wrong connotation to people who just want to ban anything gun related out of fear.

The fear is understandable. I recently saw a comment from someone that said this: I see no use for them because I'd rather hear someone on a shooting rampage than not.

And, I get that. I want to hear it coming, too. But the thing is, they don't make the gun shots silent. In fact, they only drop them about 30 decibels.

While it'd be idiotic for me to argue this point any further because it does change the sound of the gunshot into something people may not be familiar with, to say that they silence a gun is just as idiotic.

They can be made

I'm about to blow everyone's mind: A suppressor can be made in a garage with items you can pick up in your local hardware store with a little creativity. It isn't easy to do correctly, but it can be done. So, if the criminals want to use a noise suppressor on their guns guess what? They're going to do it anyway.

In other words, any bans on suppressors will not work on anyone except for people willing to follow the law.

So where does that leave us? I've written an article about suppressor usage before, which you can read by that link. The article is based off the following graphic from the NSSF, which is one of the most informative things out there for suppressor ownership and why it's important:

Important Win for Gun Owner Rights in PA
SHOP Talk: All About Flashlights

11 Responses to Busting Some Suppressor Myths