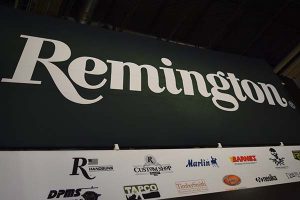 The bids for what is left of Remington have been announced and released for us to see. The highest bidders “winning” certain assets are interesting to say the least.

We reported a couple of weeks ago that JJE, the parent company of Palmetto State Armory placed a bid to acquire Remington's ammunition brand during Remington's bankruptcy hearings.

Well, some things are manufactured with speed, while other things seem to be eternally out of stock. But that can be a story for a different day.

Remington's assets were set to be auctioned off to highest bidders, and those bidders, as well as the backup winners, have been announced.

None of this is finalized as of yet, as there are still more steps to take for the winning bids to actually acquire these brands, but what we can do is analyze some of these companies and what they bring to the table.

Vista Outdoors — The big thing on everyone's mind right now is who would be taking over Remington's munitions line.

Reason being, ammunition is very scarce right now and Remington isn't helping with supply all that much.

And, while my thoughts are still out on Vista Outdoors being the high bidder, I can say that this should helpfully put some ammo back into the hands of us shooters.

One of my issues is that I'm not a huge fan of when companies own so much of a market that it makes others struggle to survive. Vista Outdoors already owns Federal, Speer, CCI, and Blazer. With the addition of Remington's ammunition line they'll be untouchable in sales.

They'll also be untouchable if they ever flip the script and decide to shut down ammunition manufacturing. Let's hope that never happens because ammo would be impossible to find.

On the plus side, one of the great things that Vista is doing for the ammunition market is eliminating the need for a middle man by placing ammunition for sale on their websites.

They've had some bugs that they're working through with this whole thing, but I'm a big fan of buying as much ammo as I can for both my training purposes, my defensive purposes, and of course I write gun reviews and need to actually shoot those guns a lot so I can give my actual thoughts on those guns.

JJE — The parent company of PSA placed the winning bid for numerous different assets to include: DPMS, H&R, Stormlake, AAC, and Parker.

Ruger — Ruger placed the winning bid for the Marlin brand who famously makes lever action rifles in various calibers and popular guns like the Model 60, one of the most popular 22 caliber rifles ever produced.

Roundhill Group, LLC — This is a company I admittedly don't know much about and is reportedly a real estate investment company who has placed the winning bid for what is being called “non Marlin” firearms. I'm assuming that this means the other guns like the 870s, the R1, and other firearms.

I'm still looking into this and if I find out other information I'll update this article.

Of course, none of this is finalized as of this point as the bankruptcy court still needs to approve the bids, but this is moving along.

What are your thoughts on any of these high bidders? Anything you're concerned about? Let us know in the comments below.