An article in Philidelphia Magazine reported staggering numbers related to the number of concealed carry permit applications filed in 2021. Quite frankly, it's a number that anti-gunners like Arizona Senator Contreras don't want to acknowledge. 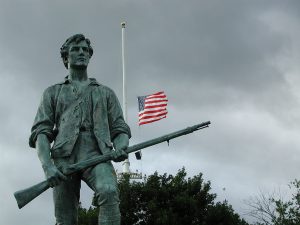 Reasons for the increase in concealed carry permit applications —

I'm not naive enough to associate a single factor with the dramatic increase in permit applications. However, I will point out a few that I believe contributed to the rise. 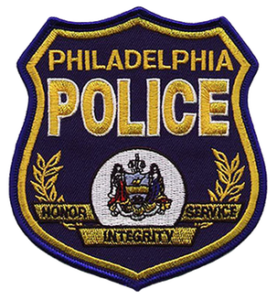 First, in December of 2021, because of governmental COVID lockdowns, the Philidelphia PD closed walk-up services for concealed carry license applications.

This measure reduced applicants' barriers, as now they could apply online. But COVID lockdowns weren't isolated to Philidelphia. Police Departments across the country opened up online services for things like concealed carry applications. Concealed carry permit applications increased around 10% nationally in 2021,  not even close to the over 500% seen in Philadelphia. So there must be other factors contributing to Philidelphia's boom.

Another potential factor could be the changing national firearms debate.

The gun-control voice dominates Hollywood, academia, athletics, and mainstream media. Yet, despite this, it seems the anti-gun agenda is losing life as people sour to demagogues' unrighteous use of national tragedies. Even the unimpressive Robert Francis O'Rourke, who ran for president saying, hell yeah, he was coming for our ARs, now takes a softer tone to his call for illegal gun confiscation. 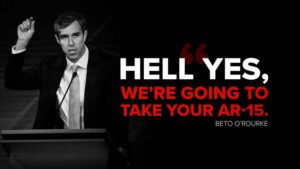 Law-abiding citizens are tired of hearing narcissistic teenagers like David Hogg lecture them about how they and their guns are the problems with America. Instead, more folks realize it's not a lunatic, right-wing extremist position to own firearms for protection.

I think this has a significant effect on the psyche of the concealed carry applicant.

I noticed that only 4 or 5 years ago, folks attending my concealed carry classes asked that they not be photographed attending the class because they were fearful of their employers or family members' unfavorable view of them attending firearm training. Now, I rarely have anyone object, and most are proud to show they are a responsible gun owner.

But, in my estimation, the biggest driver of the shocking increase in Philidelphia's concealed carry license increase has to do with the country and city's unacceptable level of violent crime.

During ‘mostly peaceful protests,' people saw government officials side with groups that burned cities and police departments and terrorized fellow Americans. Politicians used law enforcement as political pawns, removing their ability to enforce law and order and protect people. Calls to 911 went unanswered, and people saw first-hand what concealed carriers had been saying for years. 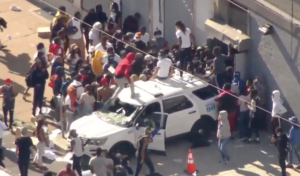 Police either can't or won't protect you. Each individual is responsible for being the first responder to their family when they find themselves in a critical incident. This realization is one of the leading causes of an explosion in the number of new gun owners.

Not surprisingly, violent crime in Philadelphia is off the charts. For example, we posted this in December of 2021, explaining how murder rates are climbing in several cities at an unbelievable rate.

Here is an expert from a January 2022 Time article on the topic.

Last year in Philadelphia, the City of Brotherly Love, 562 citizens were murdered—an all-time high and a 12 percent increase over 2020. Almost 90 percent of these homicides involved firearms, and the spike followed an even bigger surge in 2020, when killings were up by 40 percent. The numbers are sobering, but gun violence has been climbing in the city since 2013.

As long as politicians hamstring law enforcement and protect criminals over law-abiding citizens because of political ideologies, crime will continue to rise locally and nationally. The popularity of individual gun ownership will increase right along with crime rates.

What reason(s) did I overlook —

What do you think are the reason(s) for the increase in concealed carry permits in Philadelphia and the push for Constitutional Carry laws across the country? Let us know in the comments.

Consider checking out the Legal Boundaries by State book. This resource includes way more than a reciprocity map. The book provides all the laws you need to know when traveling to another state. Things like if you have a duty to notify law enforcement, if there are magazine capacity limitations and if ignoring those “no gun” signs could get you arrested. The book is regularly updated, with new editions released periodically. In addition, we update the e-version any time a law goes into effect, and you have lifetime access to the e-version. You can learn more about the book by clicking here.