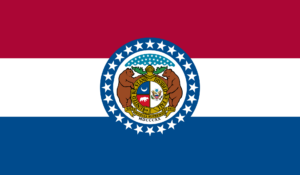 The McCloskey name was one uttered by the lips of many on both sides of the gun debate starting in late June when the couple exited their home with their firearms after an angry mob of hundreds broke down the gate to their community.

The state of Missouri is a stand your ground state, and the McCloskeys clearly felt fear for their lives, but that held little importance to the grand jury who indicted them.

They are being charged with exhibiting guns at a protest and tampering with evidence. Let's delve a bit deeper into these charges for a moment.

I'm not entirely sure how you can be charged with exhibiting guns at a protest when you had no intention of being in said protest. I also have no idea how they can be charged with this when the protest showed up in front of their house and in their private neighborhood by people who broke the law to get there.

Finally, they never even left their own private property. They retrieved the weapons to defend themselves and don't show any premeditated thoughts on going to a protest while armed.

This charge is, at least to me, ludicrous.

Also, I've heard that the handgun the woman had was inoperable at the time she had it, then it was put back together in operating condition by someone else.

So, sounds to me like whoever put it back together had tampered with evidence.

This is important because we can tell by how the McCloskeys handled themselves that they don't know much about guns. It is fairly easy for a newcomer to put something back together the wrong way on certain guns and I've seen this firsthand.

When someone who has no clue about how to take a gun down past field strip, does — something goes awry. It happens more often than you think.

In fact, I had a friend once who put his CW380 together with something out of whack and the gun had to be brought to a gunsmith (I cannot remember what the problem was).

Now I want to be clear, the McCloskeys were defending themselves against what they perceived to be a threat. I've been following this case now since the incident happened, and can say that I believe they acted out of fear for their lives.

I may have done things differently, for example I would not have left the security of my home, but I do believe they had every right to defend their castle.

I would have been armed inside my house, like I always am.

I see a lot of chatter on other internet forums and anti-gun websites stating that the couple would only be justified to use their firearms if someone in the mob had pointed a gun at them first. I'm no lawyer so don't take this as legal advice, but I believe that to be untrue.

Generally speaking, and without going into detail about Missouri's gun law, you have the right to self-defense if you believe you're in immediate danger of death, serious bodily injury, kidnapping, or rape.

The mob illegally broke down the gate to private property and were in violation of trespassing on said private property (AKA, breaking the law). They could have absolutely been in fear of any of the above-listed reasons for self-defense based on the sheer numbers of people illegally gaining entrance to the private property, ALONE.

But the story doesn't stop with people trespassing on private property by breaking down a gate.

The fact that they had likely been watching the news and seeing what was unfolding in other cities across the country as police agencies are all but neutered and prevented from doing their jobs must have been weighing on their minds. That, along with not knowing why 350+ people gained illegal entry to the private property where they lived are more reasons why they were afraid.

I believe they were in fear for their lives.

And, rightly so. I don't blame them.

Some people estimated that there were between 350 and 500 “protestors” present at the time they trespassed on private property, and the McCloskeys had no way of knowing why they were there. For all they knew at the time, the mob was there for them.

My best guess says that they had no reason to believe otherwise. And once the threats began to come in about killing them or burning down their house it must have become solidified to them that they needed to defend themselves against this angry mob of people.

And, speaking of the mob, last I heard there were a few people who were brought in by the police from the mob, but they were all let go and none were charged.

Again, trespassing is a crime. And, they were caught on camera. So why aren't they being charged?

So, we're living in a world where the criminals get to go free and the law-abiding gun owners who are trying to protect themselves are being made into examples for defending themselves. Let that sink in.

We will continue to cover this story as it unfolds, so make sure you're staying tuned in. Leave your thoughts in the comments below.

By the way, we teach a class on home defense that you can find, here. It is invaluable in these times where we're currently finding ourselves.